Whiskey has been a relatively new hobby of mine, something I only just discovered over the last few years. It didn’t take much time along the way to discover how much overlap there is between people who love golf, and people who love whiskey.

Every week — on Wednesdays — I take a break from my customary slate of golf content to talk about whiskey. But with the year coming to an end, I thought I’d go a little deeper. Throughout the week I’ll be highlighting different types of whiskeys that I’ve enjoyed, and I figured we could start off with American craft whiskies. These are smaller, independently-owned companies that either make their own whiskey or source it from elsewhere. It’s a burgeoning scene that’s been pumping-out a bunch of great whiskies in recent years, and I’ve had the pleasure of trying some of them for the first time this year… 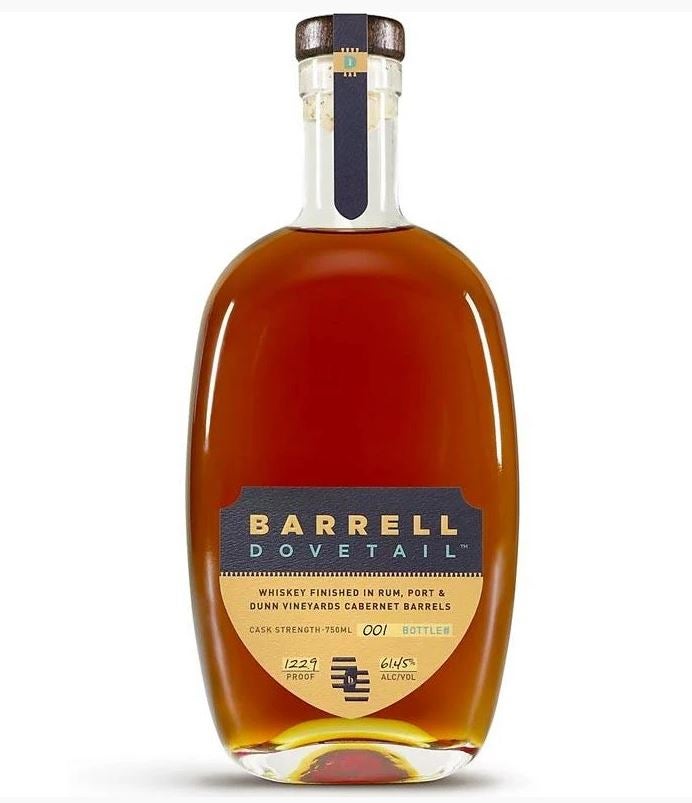 An independent whiskey blender based in Louisville, Kentucky, that specializes in sourcing unique whiskeys and rums, I had the pleasure of trying three of Barrell’s spirits: Its bourbon line, its rye, and my personal favorite (and the one pictured above) the delightful “Dovetail” expression.

I got a series of deeper, sweet notes of molasses, chocolate and dark cherry with a hit of spice for good measure. Put a sneaky few drops of water into the glass, and I found the spice mellow and a note of orange come through instead. 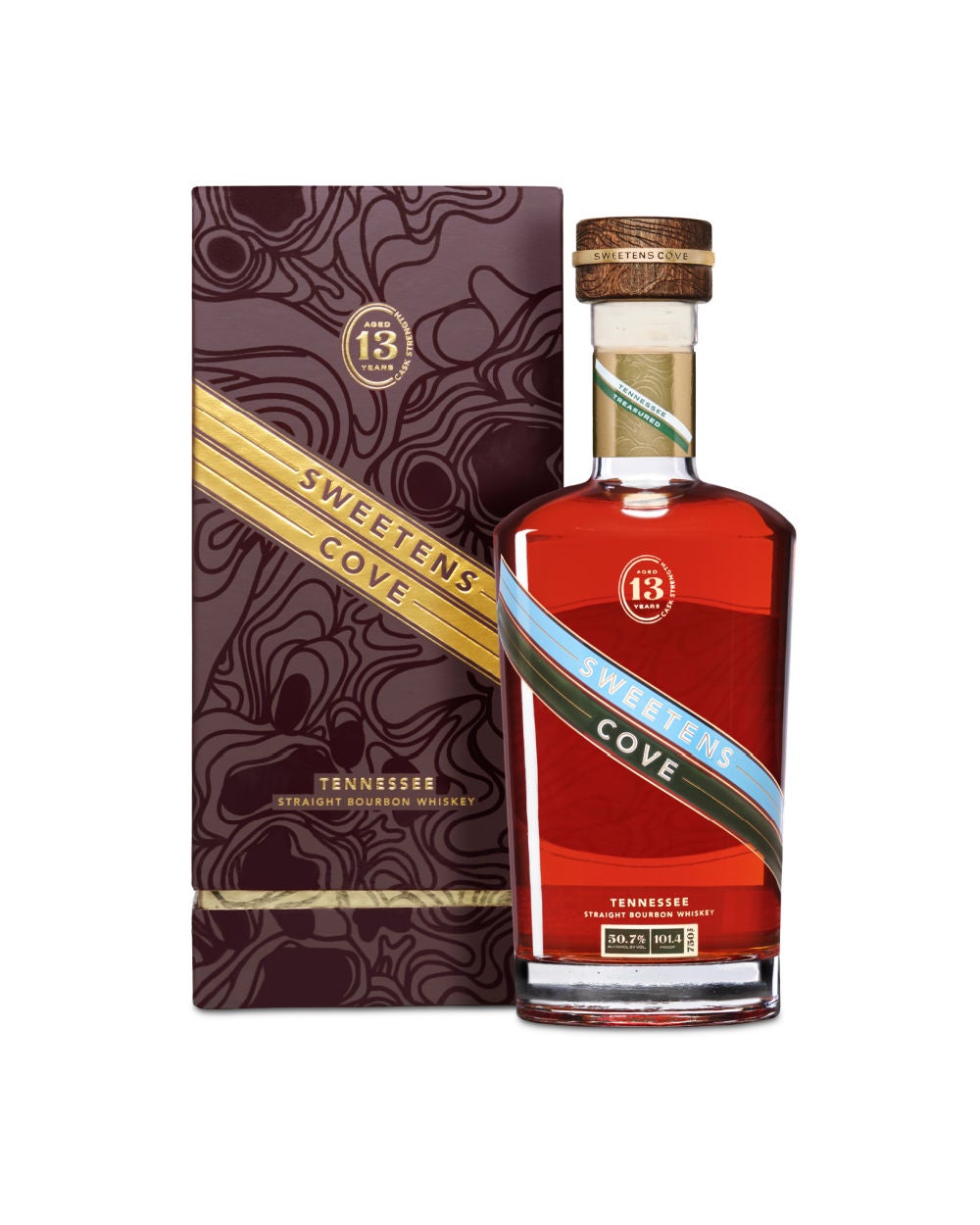 If you’re a golfer looking for a bourbon to spark a conversation, there’s no better option than Sweetens Cove’s signature spirit. An endeavor from Peyton Manning and Andy Roddick, overseen by Master Blender Marianne Eaves (formerly of Woodford Reserve) and named after the sought-after 9-hole course by the same name, the stuff isn’t the easiest to get, but it’s a treat if you do. I tried the foursome gift set — which is currently only for sale in Tennessee, but includes its more widely-available signature 14-year single barrel Tennessee Straight Bourbon Whiskey (pictured above).

It’s bottled at cask strength, so it has a bit of a bite, but loosen it up with some water and you’ll get long notes of caramel vanilla, and lots of oak. 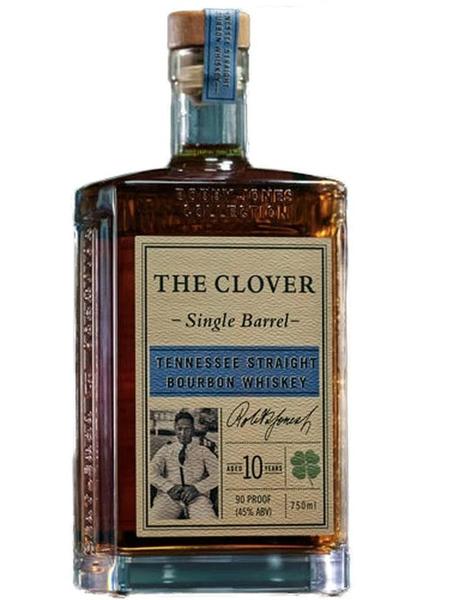 Speaking of whiskeys-for-golfers, 2020 also marked the first year I tried the Bobby Jones-inspired “Clover” whiskey. Named for Jones’ tradition of enjoying three fingers of the the good stuff after a victory, The Clover is popping-up in an increasing number of clubhouses across the country, its 10-year aged bourbon features sweet maple and caramel notes.

Learn more about The Clover here. 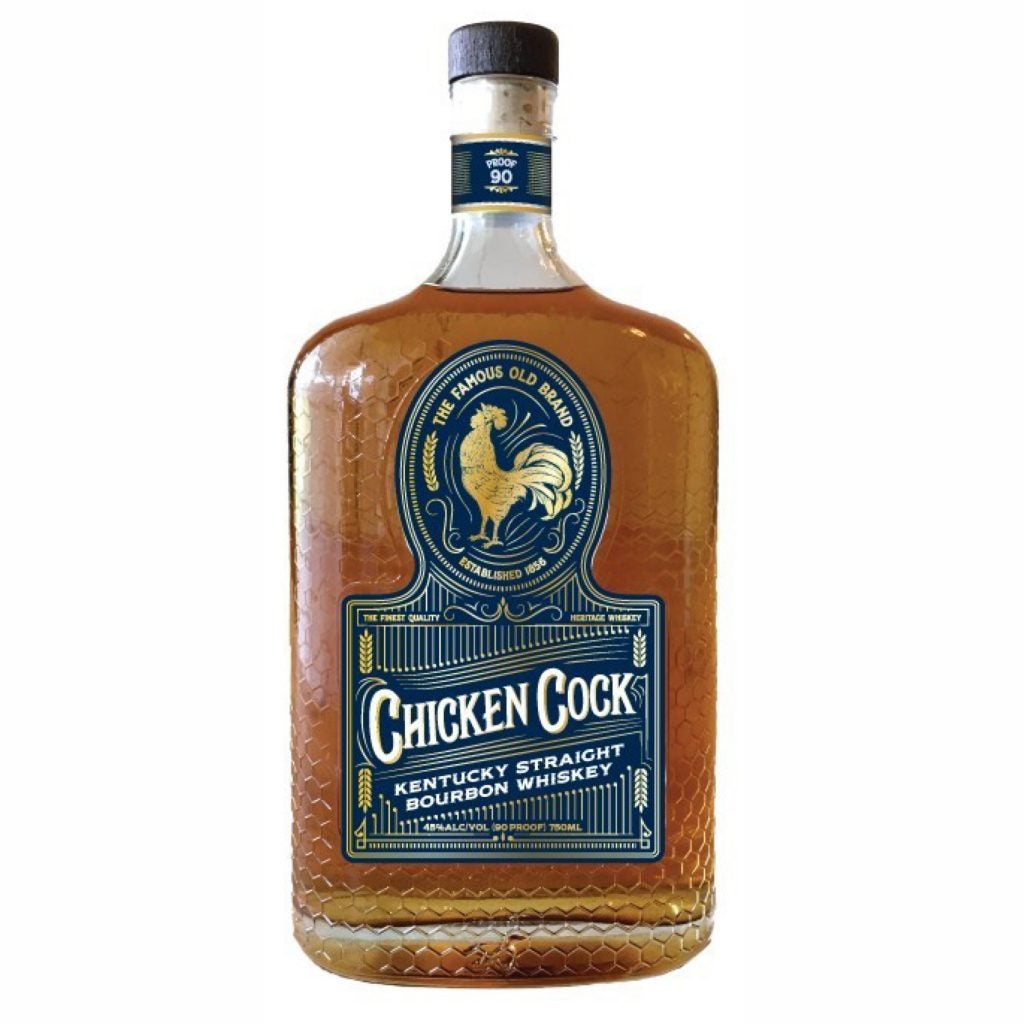 The “famous old brand” Chicken Cock was one of the most recognizable whiskey brands in the Kentucky region before it sadly gave way to history when its distillery burned-down in the 1950s. The brand has been revived in recent years, and its bourbon is an easy sipping whiskey with sweet, caramel notes that also serves as a great option for mixing. 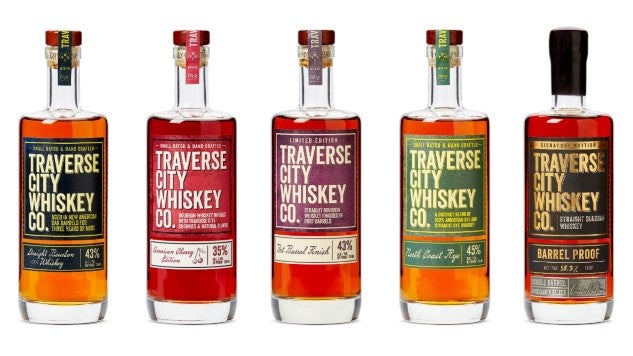 2020 also marked the first time I ever tried whiskey from Michigan, and first time I had ever tried cherry whiskey. Both came at the hands of Traverse City’s range of craft whiskeys. Its cherry whiskey is steeped in cherries grown in the Cherry State on the family who owns the whiskey’s farm. It’s a whiskey first and foremost but features a creative hit of cherry that everyone can have fun enjoying, especially those who may be new to whiskey. Its Barrell Proof Bourbon features strong chocolate notes followed by spicy rye and sweet dates, all of which open even further when with a few drops of water. 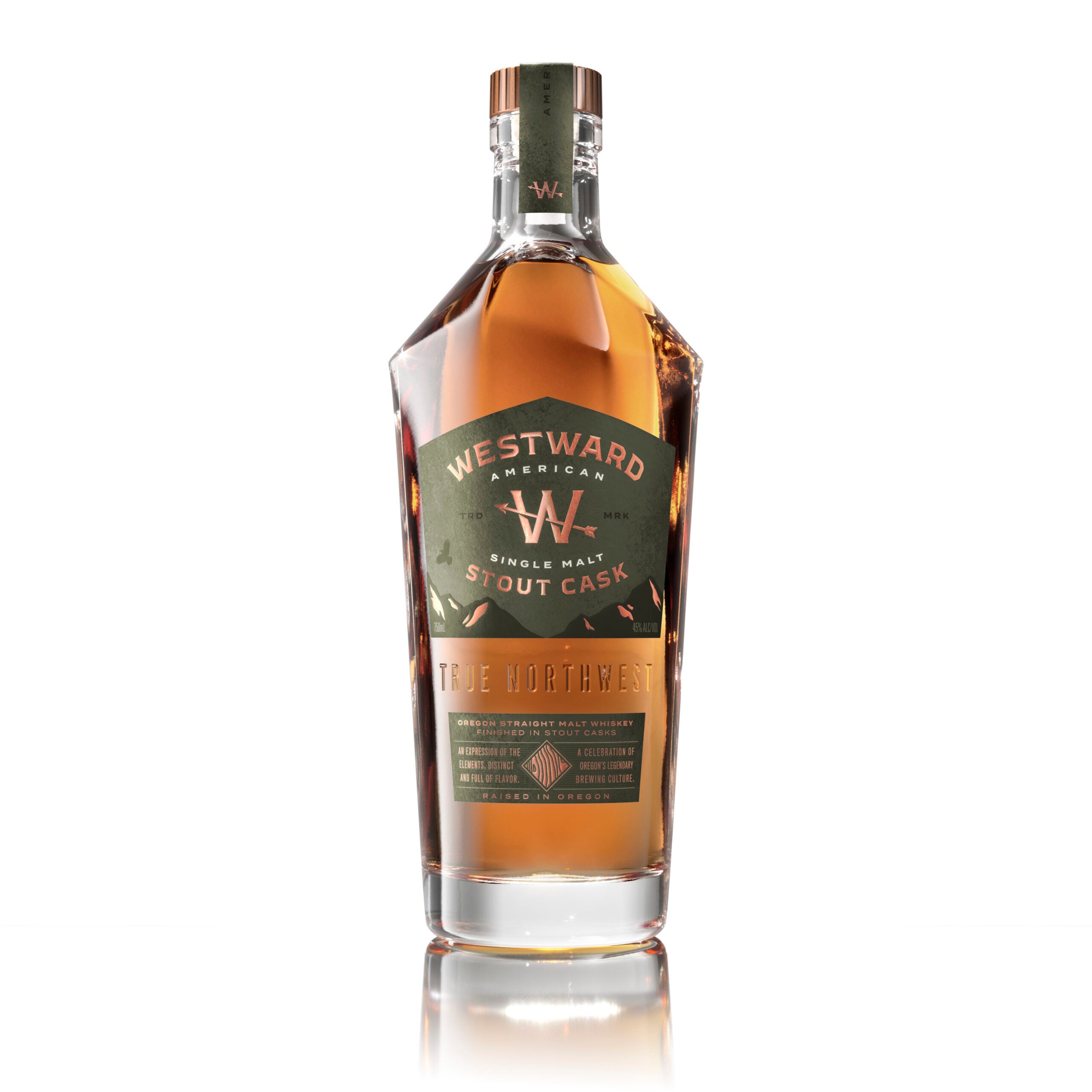 Another state’s craft whiskey I tried for the first time in 2020: Oregon’s Westward city. The company experiments with a number of different cask finishes, including an interesting Pinot Noir finish where the grapy flavors come through the spirit. But I’m a sucker for rich, chocolate-y whiskies like its Stout Cask finish. Aged in casks that previously held stout beer, it has richer, cocoa notes that make it a delicious after-dinner option. 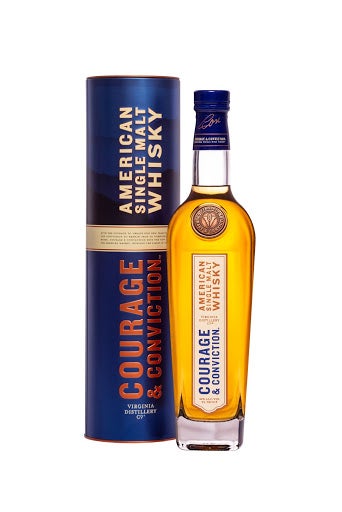 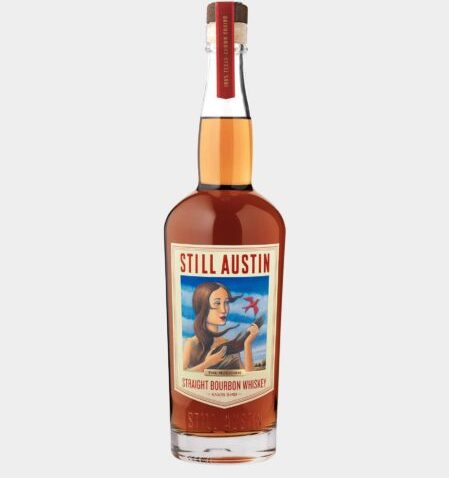 The Texas-based distillery’s signature whiskey — a straight bourbon called “The Musician” — is a melding of rye, barley, and a 100 percent Texas-grown corn made in a Scottish-made still. An easy, breezy sipping whiskey with light vanilla and sweet caramel notes. 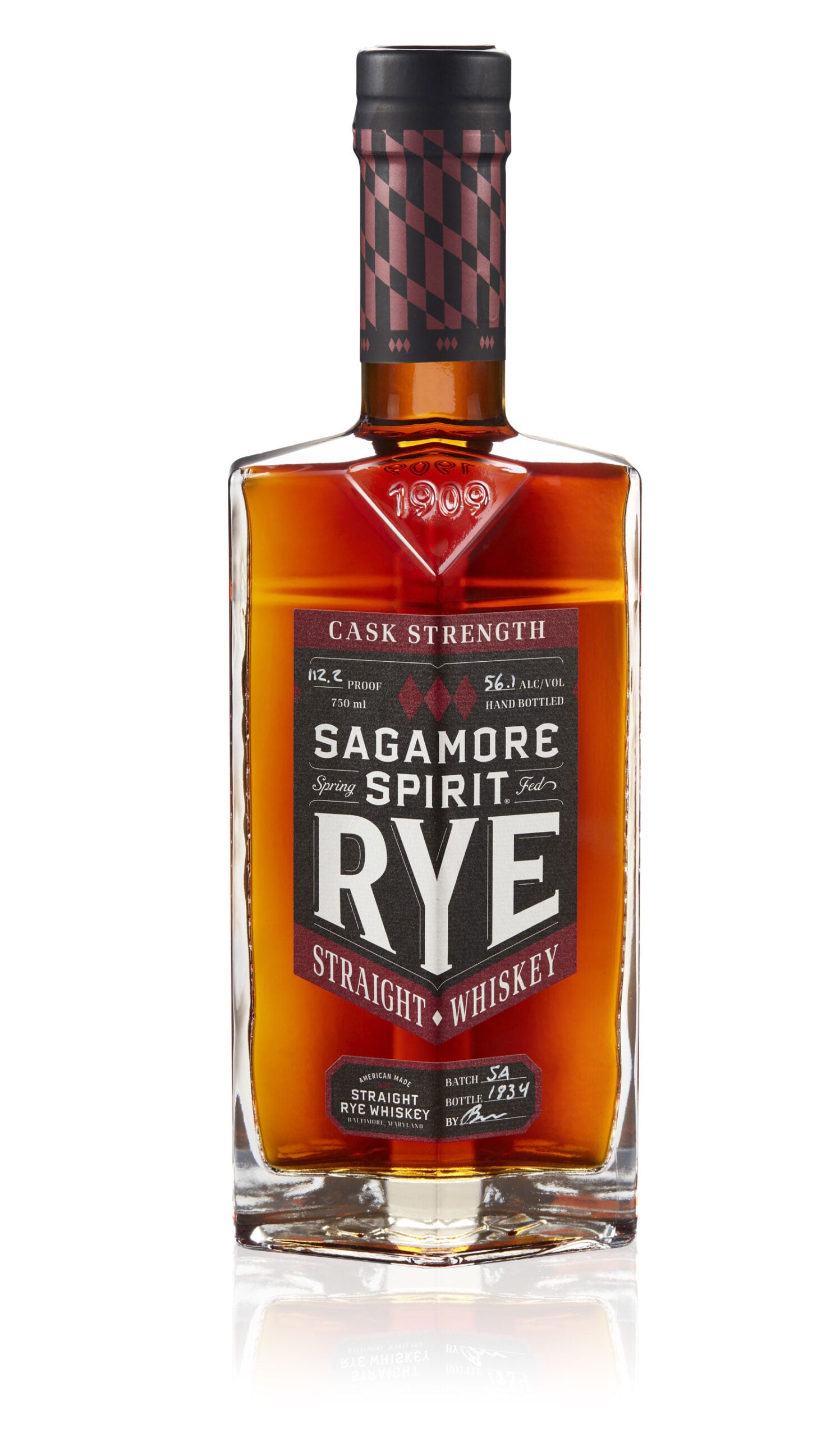 I hadn’t tried many rye whiskeys before this year, but I was lucky to sample a range of them in 2020, Baltimore-based Sagamore Spirit’s Cask Strength Rye chief among them. Rye — rather than corn in bourbon or barley in scotch — is the predominant grain in these whiskeys, which gives it a spicier note than its counterparts.  That’s enhanced by Sagamore’s cask strength expression (which means they don’t dilute it with water before putting it in the bottle), and its hearty cinnamon, black pepper and clove notes make it a fine rye whiskey for special occasions. 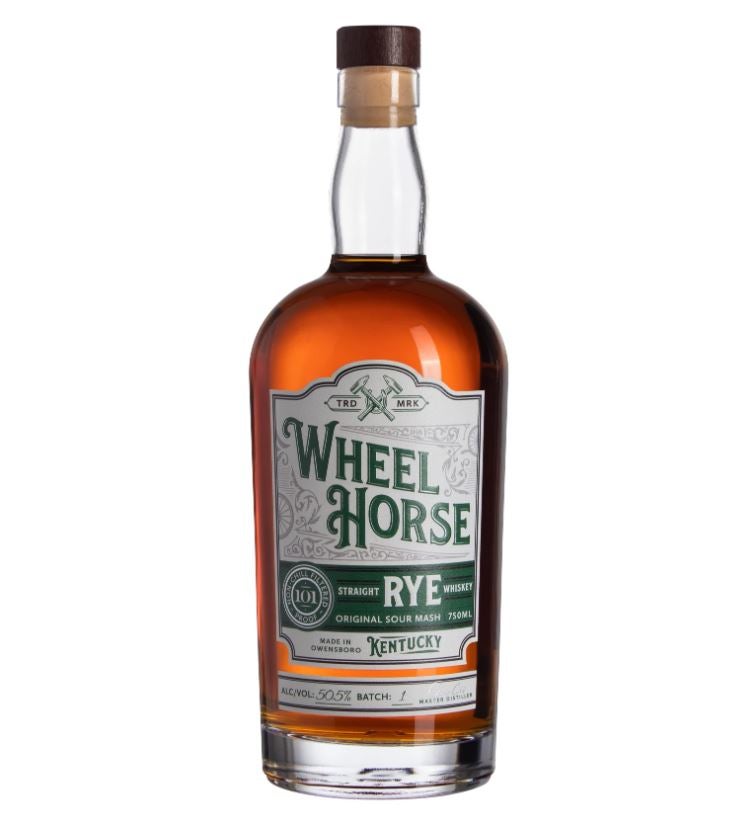 If you’re rye-curious as I was and looking for to try it without breaking the bank, you won’t find many better options than Wheelhose’s Rye Whiskey, which I also had the pleasure of trying for the first time this year. Bottled at 101 proof, the oak from the barrel cuts matches-up with rye spice, which you can enjoy neat, with ice or in an old fashioned cocktail (my preferred option). 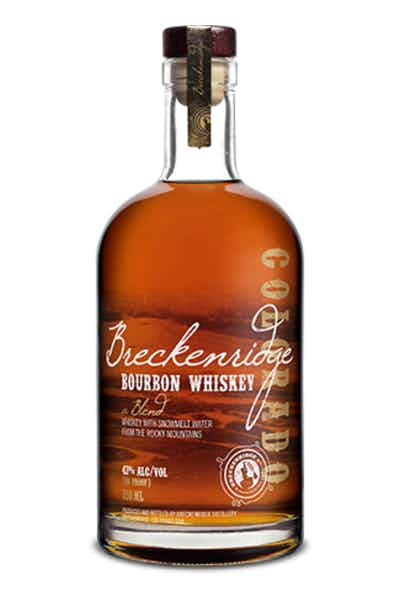 Tucked atop Colorado’s Breckenridge mountains, the distillery claims to be the “world’s highest distillery.” Its signature bourbon is a high-rye whiskey that’s been widely-regarded by Whisky Magazine, and has been aged for three years in charred oak barrels, which gives it pleasant butterscotch and sweet orange notes.

4 eye-catching grass types that will make your yard really pop, according to a superintendent

Two U.S. soccer stars tackled a U.S. Open course and showed a different side of golf