Swing Stories: How this teen added 35 yards with her driver to become a college star 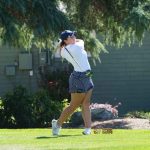 Cami Culp elevated her game by getting longer. Here's how she did it.

Welcome to Swing Stories, a new series sponsored by GOLFTEC in which we’ll highlight how regular golfers like you have benefited in considerable ways from getting the right swing advice and/or properly fit clubs. Now on the tee: Cami Culp, 19, of Spokane, Wash.

Cami Culp was asked what she thought of golf over the first 14 or so years of her life.

To put it more delicately: “I never really saw the appeal of it.”

A sophomore on the golf team at Embry-Riddle Aeronautical University, in Prescott, Ariz., Cami, 19, now sees the appeal.

It started in February 2016 with a lesson from Josh McKinley, 45, an instructor for GOLFTEC, which doles out instruction and club-fittings at more than 200 locations worldwide. Her goal was to earn a letter in a varsity sport at Mead High in Spokane, Wash.

“I thought golf might be the easiest way to do that,” she said.

When she told her father, he took her to see McKinley, who had been giving lessons to Cami’s parents for a couple of years. Cami had never swung a golf club. Not once. When she went to the course with her parents, she drove the cart.

“She was like most people,” McKinley said. “Her body was mostly still. She was swinging her arms back and forth.”

The two watched videos of LPGA and PGA Tour pros. McKinley spoke to her about the importance of using her body.

“The first lesson,” he said, “was just trying to use her hip and shoulder turn through and finish all the way on her left foot, the basic motion of the golf swing.”

Cami and McKinley met every Wednesday at 6 p.m. for a half hour. Having never played before seems to have worked out to her advantage. She didn’t have any bad habits to get out of her system. Nor did she start out with too many expectations.

“I got used to losing,” Cami explained. “It’s helped me in the long run, to let it happen and not be too frustrated with how I may be doing.”

In her first competition during her freshman year of high school, she shot a 116. No problem. She kept at it.

As a sophomore, she broke 90 for the first time — well, more like smashed it, shooting an 81 and that was with a triple bogey on the final hole. Not long afterward, she broke 80. As a senior, she was player of year in her conference.

After Cami went off to college, she and McKinley stayed in touch. Their work together was far from over.

In her first tournament, Culp’s par-5 scoring average was 4.5. She went from hitting drives 225 yards to about 260. 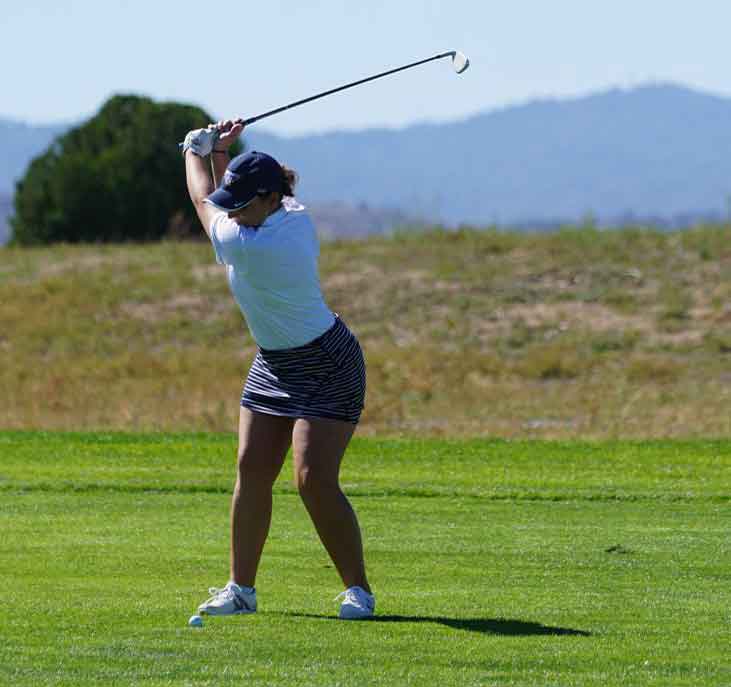 When Cami returned to Spokane between her freshman and sophomore years, they got together for an hour or two a week. She had compiled some impressive finishes but no wins. Her scoring average was under par for the par-3s and par-4s. Her average on the par-5s, however, was around 5.8.

They focused on increasing her distance off the tee so she would have shorter clubs into the greens on the par-5s. They also talked strategy: When should she go for it in two? When should she lay up?

In her first tournament, her par-5 scoring average was 4.5. She went from hitting drives 225 yards to about 260. A big key was keeping her shoulders high through her swing and extending her arms through impact.

“We worked on set up and swing changes to create a slightly ascending angle of attack with driver, and making sure we were closing the face to path for a draw,” McKinley said. This approach, he said, helped bring the dynamic loft and angle of attack closer together through impact, which reduced spin and transferred more energy from the club to the ball. The result: a serious power boost.

“We also worked on using the legs better in the swing,” McKinley said. “Extending the legs earlier and pushing up off the ground creates more clubhead speed through the impact zone.”

Culp also had a full-bag fitting. McKinley helped her optimize her clubhead; shaft flex, weight length; and lie and loft angles. “Just through the custom fitting,” McKinley said, “she gained 11 yards with her new driver, and 12 yards on her irons.”

Cami hadn’t given much thought to playing golf competitively after college. Until her college coach told her she thought she had enough game to make it on the LPGA.

“It opened my eyes that I do have a chance if I put my mind to it,” Cami said.

Meanwhile, she still has work to do. Some of it will no doubt involve McKinley.

“Even now, I can text him,” Cami said, “and he can respond with a couple of drills. He knows my swing so well.”