6 steps to stripe it pure like gritty Aussie Cameron Smith

Cameron Smith's upside is off the charts.

I pose a few reasons for this, one golf-related and one cultural. Golf-wise, Aussies hone their craft, for the most part, on tight turf and sandy soil (think: Royal Melbourne) and in windy conditions. If you don’t learn how to catch it pure and control flight, you’ve got no chance. And greens tend to run slick, so Aussies tend to roll it with finesse. (Case in point: Cameron finished second in Putts per GIR during his runner-up finish at the fall Masters with a paltry 1.50.)

Culturally, very few Australian superstars started as country club golfers. For many, the game began at working-class munis where getting — insert full Aussie accent here — “too far up ya’ mate” isn’t tolerated. The result: a street fighter’s mentality and a knack for keeping things in perspective. That’s the essence of golf.

Cameron has notched two PGA Tour wins and two top fours in majors. And while his swing isn’t what you’d call perfect (or, at least, not as pretty as Adam Scott’s), it’s workmanlike with great flow and energy transfer, especially with driver in hand. Check the sequence below to pick up some clues for your own motion. And watch out — Cameron Smith isn’t going anywhere. 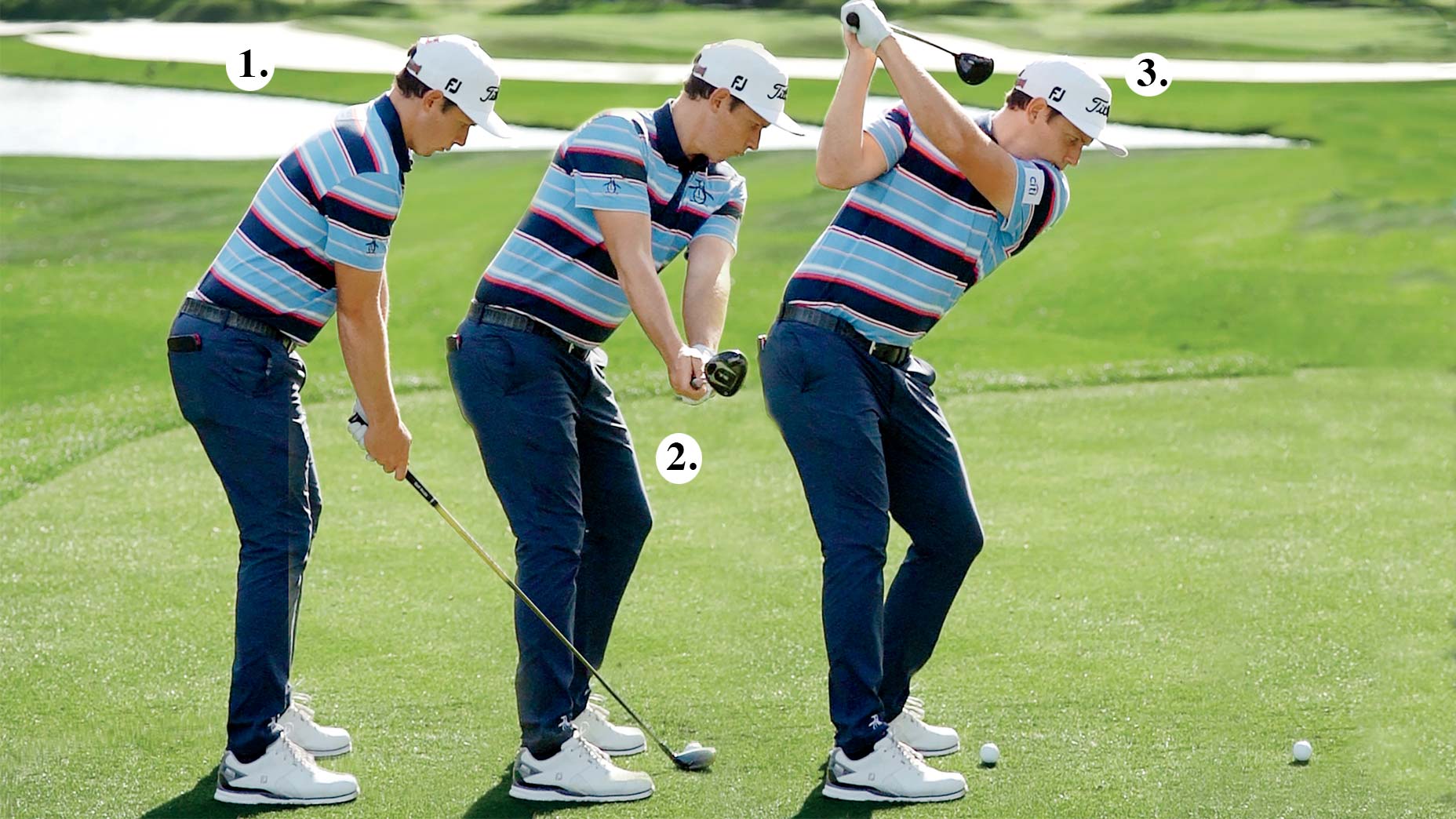 A lovely, balanced setup. Notice how Smith’s lower to mid-spine is pretty straight, but his upper spine is curved and relaxed. Most rec players tend to overly straighten their upper back. If your backswing feels tense, this may be the reason why.

Smith swings his arms and club away from the ball while gently turning his hips. His trail arm is a touch too straight, forcing the club a bit too much to the outside, which affects the rest of his backswing. Note: It’s better to let your trail arm fold slightly to keep the club on plane.

Cameron’s winding up nicely, but as he does, his arms track too deep with his trail arm being “pushed” in front of his body. The result: a closed face and across-the-line look. Obviously, he’s learned to make it work. 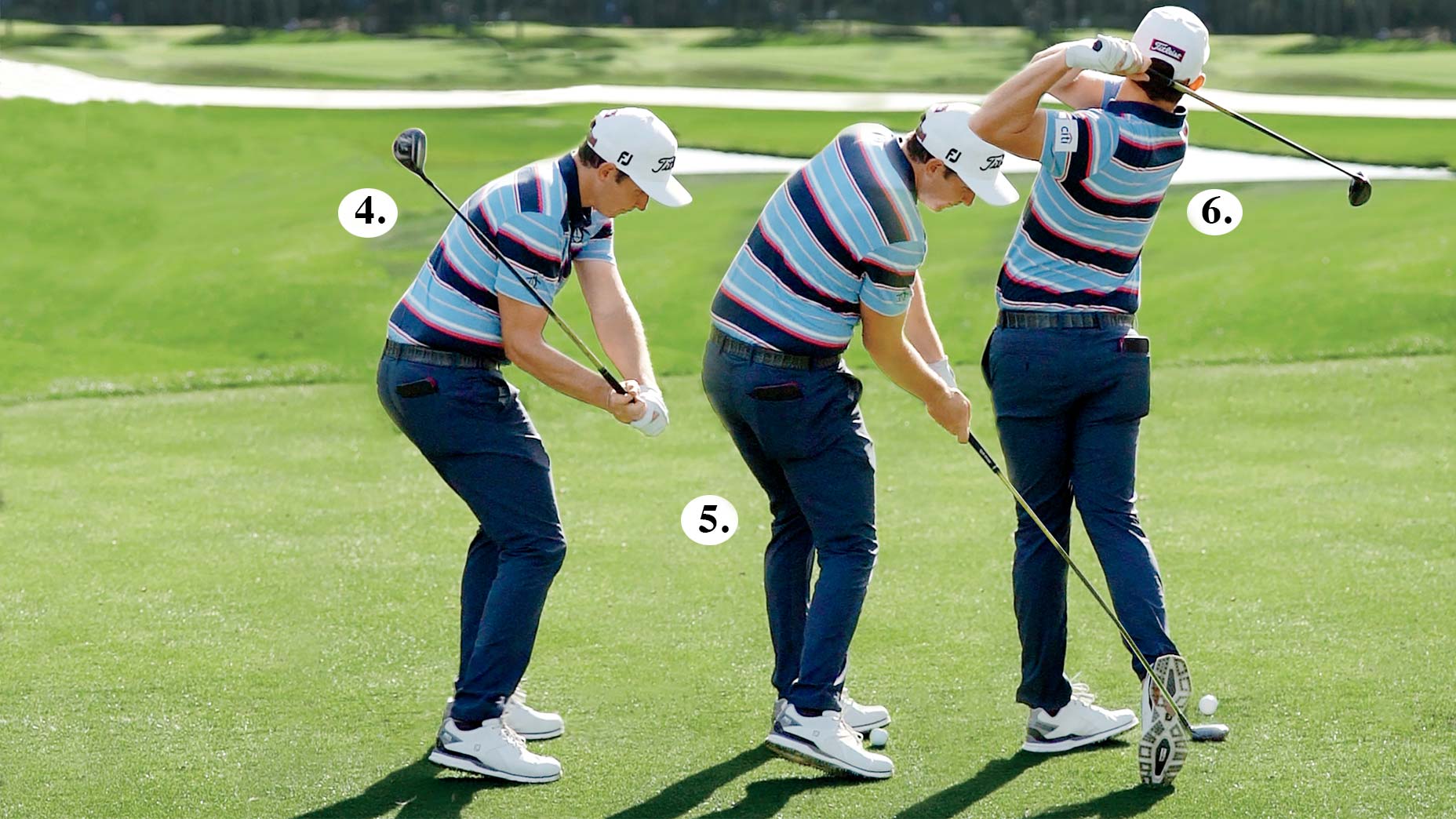 Just an awesome change of direction. Smith moves toward the target without spinning too early. This gives him time to get his arms back down in front of him where they need to be.

Look at the stripes on Cameron’s shirt: They’re angled to the ground. This means he’s added side tilt to his downswing. Pairing this move with straightening his lead leg results in tons of speed and energy transfer. Despite some idiosyncrasies earlier in the swing, this is textbook.

Great, balanced finish — a full turn through the ball with the majority of weight on his lead leg. As a coach, I’m rarely concerned with how a swing “looks.” How it all fits together is the important thing. And Smith certainly has things timed to perfection.