Rules Guy: When playing under winter rules, can you tee up your ball with a loose impediment? 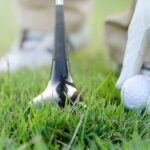 Is it permissible to use loose impediments to tee up your ball when playing under winter rules?

When playing under winter rules, is it permissible to place your ball on worm cast to elevate your ball prior to your shot?
—Mike Dearden, via email

Mike, Rules Guy is going to be honest with you: we had to look up “worm cast.” You’re always learning in this business.

As to legality, when put into effect by the committee “winter rules,” aka the preferred lies local rule, lets you place the ball within a specified distance.

Beyond that, however, it’s still undergirded by the notion of playing the course as you find it. If there is worm cast (a loose impediment) within the specified radius of where your shot came to rest, you are by all means free to place your ball atop it — you just can’t pull some from beyond that area, or from your pants pocket or your golf bag, et cetera.

That said, if before you make your stroke the ball were to move due to natural forces, you’d have to play it as it lies — no replacing the ball atop the worm cast. And, with that, Rules Guy hopes and expects never to type “worm cast” again.

For more tee-releated guidance from our guru, read on …

The other day, I picked up a tee someone had left on the tee box and proceeded to use it. My friend told me this was a penalty, for using someone else’s equipment. He said that if I’d wanted to use it, I needed to have put it in my pocket first to claim that it’s mine. What’s the ruling? — Wade Lindren, via email