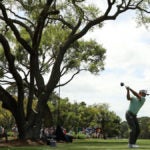 Harbour Town is no easy test, and it takes a player with all of the shots to win here.

Two disclaimers right off the bat: No, I’m not a course architecture expert, and yes, I am biased. I spent my high school years living in South Carolina, attending the International Junior Golf Academy on Hilton Head Island, about a mile away from the host course of this week’s RBC Heritage. I’ve been lucky enough to play and caddie at Harbour Town numerous times, so it holds a special place in my heart.

That said, I firmly believe it’s one of the best courses on the PGA Tour, and rightfully deserves the praise it gets as one of the cult favorites among players on Tour.

Those who dislike it usually do so because of how far it is on the “target golf” end of the spectrum. It’s a fair criticism, and it’s undoubtedly true. But the truth is, I’ve come to accept that I like target golf. Not so much for myself or my fellow recreational golfers, but for those at the pro level. I want to see guys whose job it is to play golf need to hit certain shots, with fine margins that rely on elite execution, and get punished with varying degrees of force when they don’t.

Here’s what I mean. The course’s first hole is a pretty good example of what Harbour Town is. It’s not that long (403 yards) but it’s incredibly tight. Trees and OB line the hole left, right and long. There’s a bulge in the middle of the fairway — it almost looks like a green — which quickly pinches in to about 15 yards at around 320 yards. So, while it may appear you have 30 yards of wiggle room, in reality you only have about half that. Hit the left side of the fairway, and you need to hit a draw around the corner. Hug the right side, and you’ll need a fade to navigate a different corner. Not impossible shots by any means, but if you want the freedom to hit the shot you want, and not the one the course tells you to, you need to hit the middle of the circle, which is how it should be.

And there in lies the beauty of Harbour Town. The thin margins. You’re not hitting to big, vague concepts like “the fairway” or “down the left.” You’re hitting to specific windows, which demands both precision in direction and distance.

The 8th hole is a brilliant example of this. Playing 472 yards this week, if you lay back too far you’ll be both blocked out by the trees on the left of the dogleg left. Get too aggressive, and you’ll run out of room with a bottleneck protecting trees and OB. The shot that ultimately turns this hole from a bogey opportunity to a birdie chance is one that flies about 260 yards into a pocket on the right edge of the fairway.

The course’s best holes, like its 16th and 18th, are the ones that give you multiple different windows, with pros and cons for each.

On the 16th, for instance, you can lay way back, before the first tree for a relatively easy tee shot, but risk blocking yourself out on the left. Take something in-between, and you may have to navigate the second tree on your next shot. Try to rip a drive around the corner, and you bring into play the bunker and OB long.

There’s no good answer, and no bad one. It’s about picking a shot you’re comfortable with, and executing.

The 18th offers similar choices, but in a far different setting. Hug the right side, the direction where the wind is usually blowing toward, and you’ll bring OB into play but have a more straightforward second shot, with a huge bailout zone down the right. Hit it into the fatter landing zone, and you have to directly navigate water and sand on your next. No matter what you choose, there’s a tradeoff.

And finally, it’s because of all these bottlenecks and target windows and hallways that shorter, ball-striker-type hitters love the course. Because it can do what precious few courses nowadays actually can: Neutralize powerful but sprayed drives, especially on the par 5s.

Take a look at the par-5 2nd. It spans just 506 yards, but players are so petrified of the tee shot they often resort to a 3-wood or iron off the tee. Why? Because leaking your drive right brings OB into play, and even if it doesn’t, you’ll be faced with a second shot where you’re blocked-out by two separate sets of encroaching trees, and two different bunkers. If you end up over there you could still go for the green, you’ll just need to aim out of bounds on the left, and hit a rifle fade around the corner. The course makes you hit one very precise shot in exchange for an imprecise one. Fair trade.

This 15th hole may be an even more extreme example of this. A tight hole by ordinary standards, OB and trees left, along with water short of the green and another fairway bottleneck in-between, effectively cuts the playing area of the hole in half. Oh, and did we mention there’s OB all down the right, too? Take all the dead-on-arrival outcomes out of play, which are denoted by the red Xs below, and it’s plain to see how difficult navigating your route to the green is.

All of this is a roundabout way of saying I like Harbour Town. I like it a lot. Not because I want to see more of Harbour Town copycats littering the country, but because I admire courses that don’t try to be a mirror of something it’s not. Instead, the course makes use of what it has to create something individual and interesting.

That’s Harbour Town. It makes use of a small footprint, but provides a unique — and fair — test. The kind pros rarely see in an era defined by huge margins for error, and brawn over brains.