Hatong Li has popped up on leaderboards in some of golf's biggest events over the past several years.

In 2018, Haoton Li carded a final-round 63 at Royal Birkdale to claim solo third at the Open Championship, the highest finish in a men’s major by a Chinese player. The 25-year-old from Hunan went to bed on Friday night of the 2020 PGA Championship with a two-shot cushion at the top spot. While he has yet to bag that first big win — or any win on U.S. soil — there’s no doubt that Li is one to watch.

I’ve had the pleasure of coaching Haotong off and on over the years — the man works hard, is dedicated and committed to win. What’s dangerous is how he’s paired these traits with Western coaching practices and technology — he’s come leaps and bounds in just the past few seasons.

Haotong is a pure athlete, with very little body fat — all sinew and muscle. He’s not Brooks Koepka or Bryson DeChambeau strong, what we in coaching circles call “golf strong.” He stands over six feet tall, has long limbs and can send it 300 yards whenever he wants to. His swing is unusually steep — sort of like Justin Thomas’ — which demands some serious compensations as I explain below. The main thing to take away is that in spite of his steepness, the club never gets stuck, which is another Justin Thomas trait and proof you can reach the highest levels of the game without “perfect” mechanics. In my opinion, Li is just reaching his potential. Keep your eyes peeled.

These are the six keys to the 25-year-old’s sweet swing. 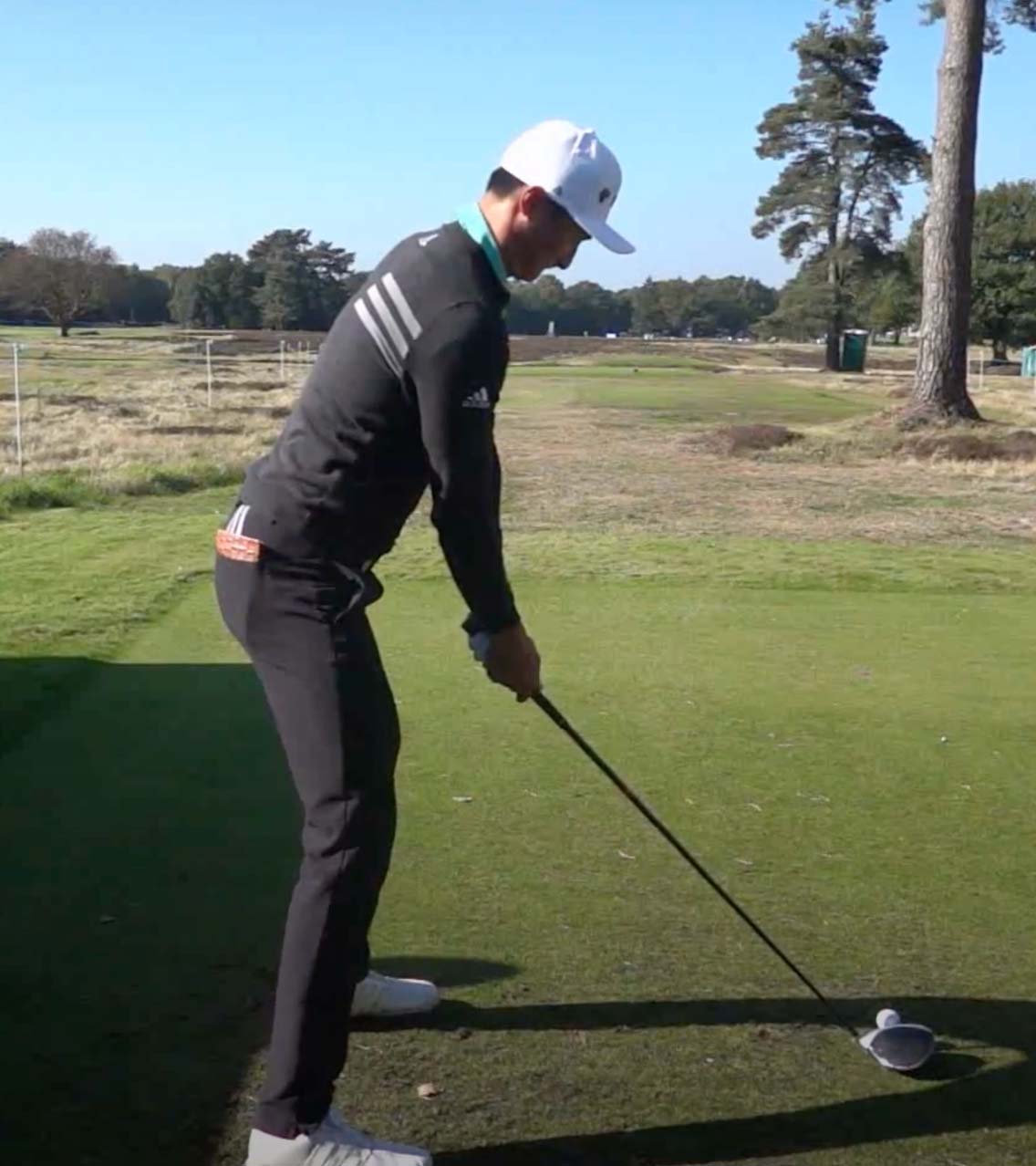 A lovely setup — athletic yet relaxed. Note that Li’s trail arm is bent slightly (about 17 degrees). Not many weekend players do this, but bending the trail arm at address helps it correctly fold at the start of the backswing. It’s also a tension-killer. 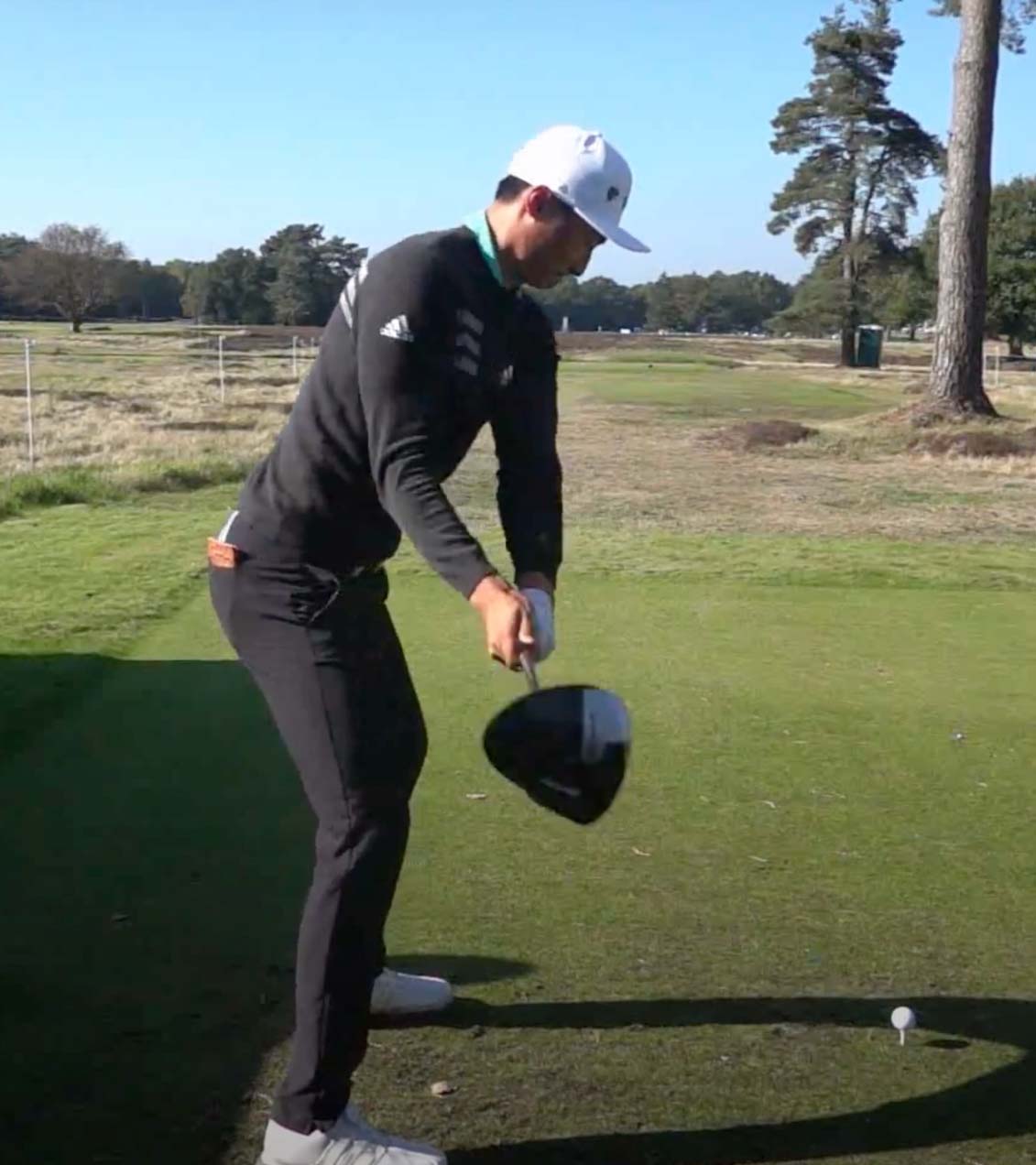 And here’s the fold. Notice how much the club and Li’s arms have moved compared to his body. Most rec golfers move everything at the start, which leads to poor sequencing. Remember, your arms and club have a longer journey to the top than your body. 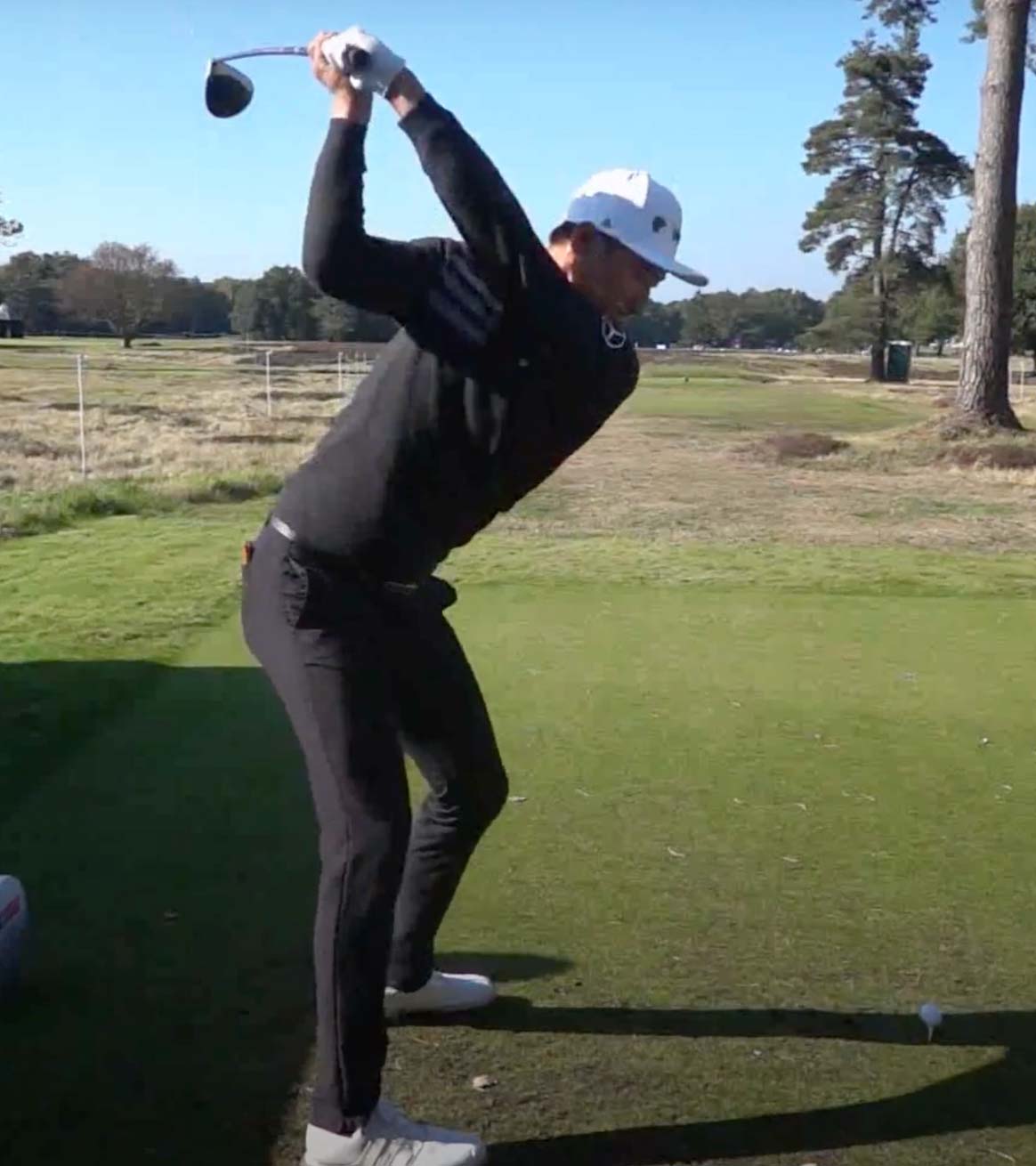 Eventually, Haotong really winds up his rib cage and his hips, and does so by twisting against the ground. His lead arm is very high, however, and his left wrist is noticeably bowed. Bring on the compensations in frame 4. 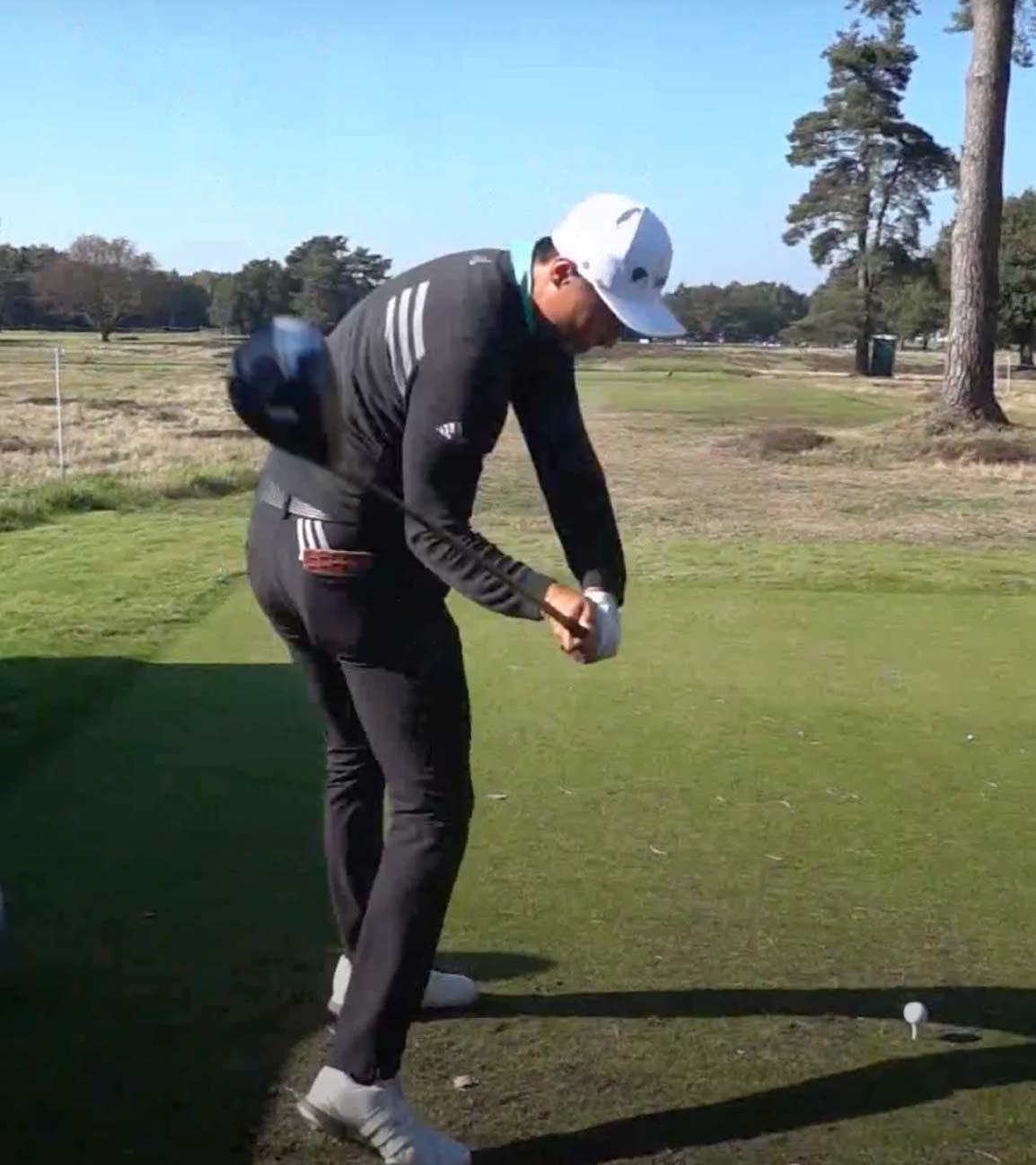 In the transition, Li moves his trail hip forward, transferring mass and pressure into his trail toe early. Basically, he puts his pelvis in the space where his arms should go! As a result, his arm swing steepens, otherwise he’d get stuck. You can see how he’s already compensating for the steep angle by adding serious side bend (right shoulder toward right hip). 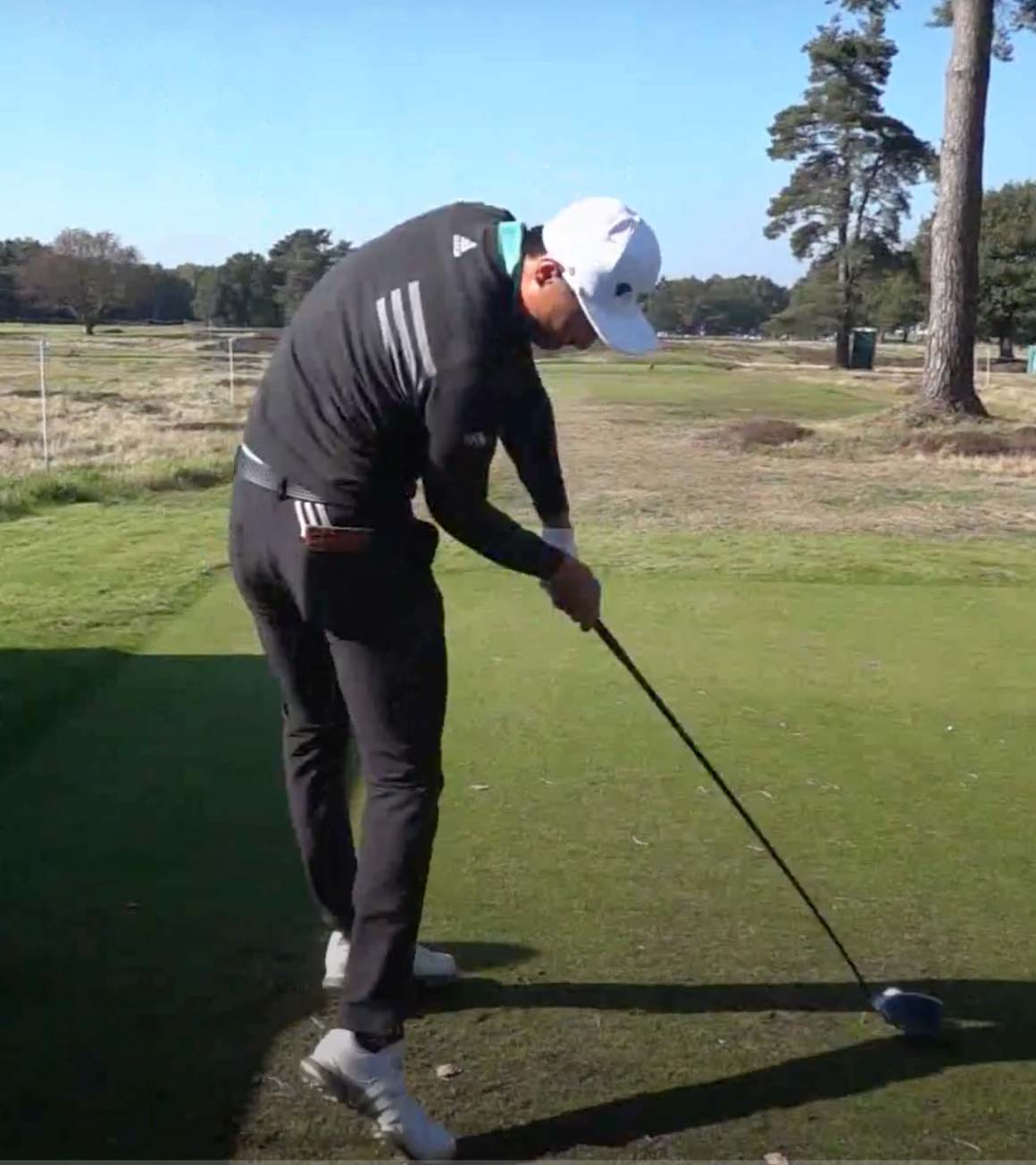 More side bend as Li squares his shoulders and “stands up” the club to produce an in-out path and an upward angle of attack. Looks tricky, and it is, but necessary to compensate for his technically “poor” downswing. Being a great athlete helps! 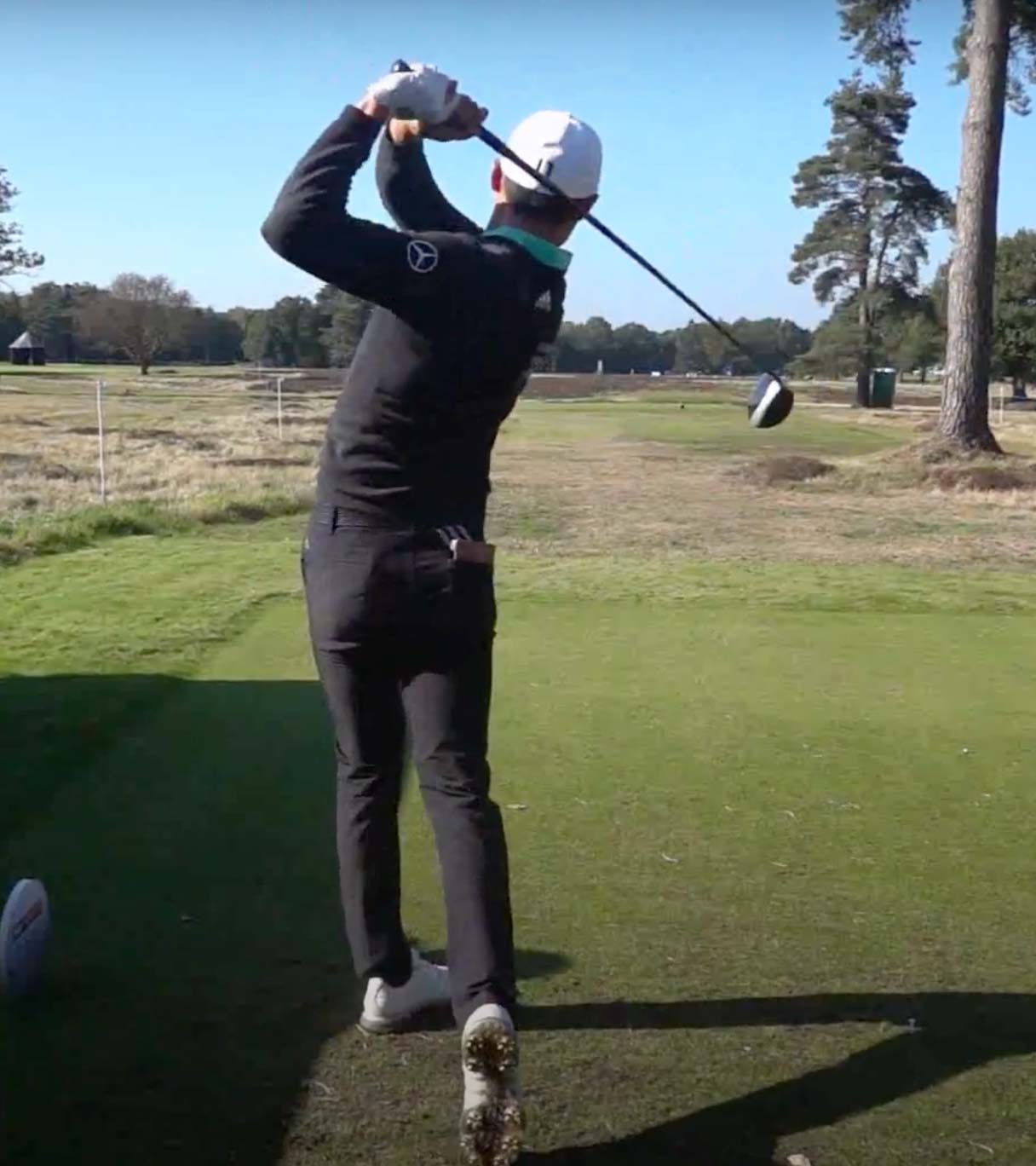 This balanced, poetic finish belies the compensations that preceded it. What’s fascinating is that he makes all the right adjustments in the quarter-second it takes to complete the downswing. Very few other than Haotong can pull it off.