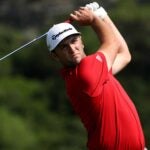 Jon Rahm has one of the most efficient swings in the game.

At our academies (athleticmotiongolf.com), we use state-of-the-art GEARS technology to break down swings using 3D data, cutting through theory and arming students with proven, valuable swing moves. With TaylorMade’s recent purchase of GEARS, we also have insight into the swings of its elite cadre of staff pros, including World No. 2 Jon Rahm. With GEARS, we’ve uncovered what the hard-hitting Spaniard does throughout his motion to produce prodigious clubhead speed. Here’s what you can learn not only to hit the ball farther but also straighter. 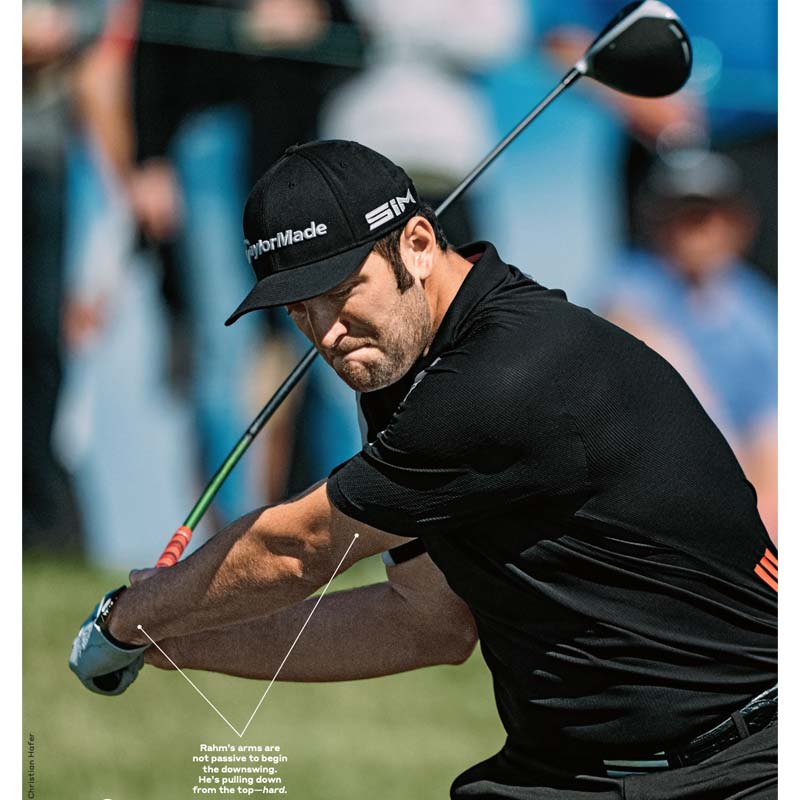 1. Accelerate from the top

Rahm has a relatively short backswing, but he is able to generate significant speed on his downswing because of how early he accelerates with his arms from the top. Most recreational golfers are passive with their arms in the downswing, which is a speed killer. The best advice: Try to max out your arm speed earlier in your downswing. As you’ll learn while we discuss the next four moves, what you do on the way to the top is just as important to speed production. But make no mistake: Aggressively accelerating your arms down from the top is a major speed-booster. 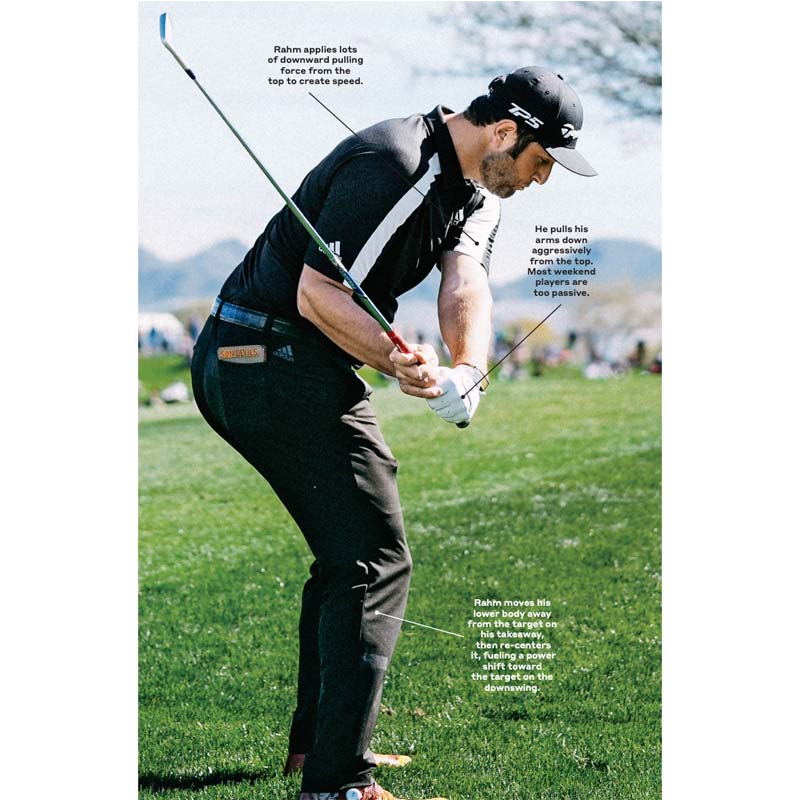 As Jon starts his takeaway, he shifts his body about one and a half inches to his right. Interesting enough but even more noteworthy is that he reverses this shift by the time the club reaches parallel to the ground in his backswing. This re-centering sets up a powerful forward weight shift on the downswing. In contrast, most weekend players try to avoid any movement whatsoever in the early parts of the swing, only to “lurch” their hips away from the target at the top — a surefire way to sap speed. The lesson: Create a more dynamic start to your swing than a static one. 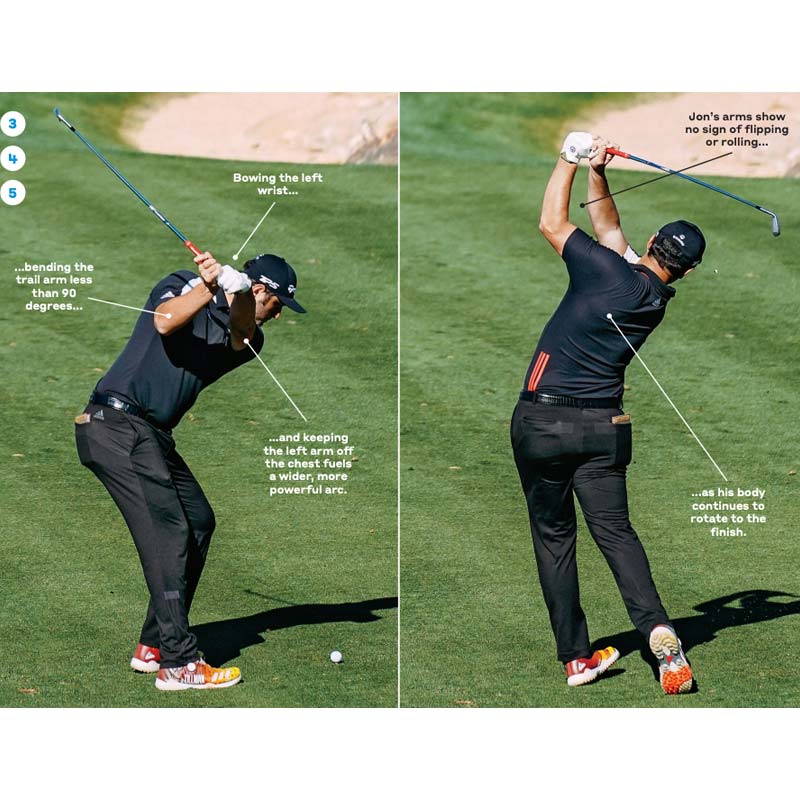 GEARS data confirms that Rahm’s lead wrist is bowed at the top, which puts the clubface in a slightly closed position. This is a boon to his confidence — from this position Jon can rotate his body through the ball without worrying about the face opening and the ball flaring out to the right.

Average golfers tend to cup the lead wrist at the top. It may feel more natural, but from this position, you’ll need to flip your wrists through impact in a last-ditch effort to square the face. Copy Rahm’s cup-free left wrist. The ball won’t know what hit it. 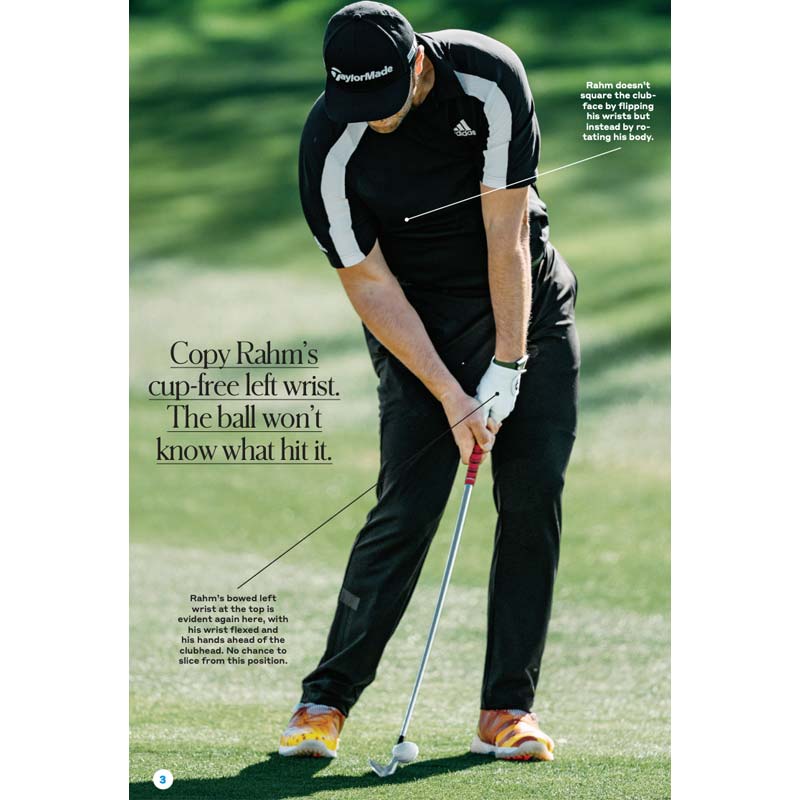 Rahm moves his left arm across his torso only about 13 degrees on the backswing, meaning he doesn’t pin his left arm to his chest. This lets him make a full turn while maintaining width — a huge power source. GEARS data on rec players shows the opposite: They move their arms deep across their chest, robbing them of width and often forcing an over-the-top recovery move to start the downswing. Hello, slice. As you swing to the top, think wide not deep.

5. Right arm width at the top

Rahm’s right elbow is bent around 80 degrees at the top. In contrast, weekenders tend to bend their right elbow in excess of 90 degrees. That’s too much. With less arm fold, Rahm can swing on a wider, power-rich arc and retain lag. You? You’re set up for an armsy overswing that can lead to casting. Control the arm bend and you’ll control everything else.