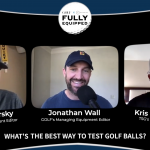 Fully Equipped Roundtable: What is the best way to test golf balls? 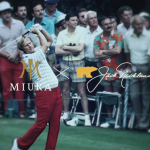 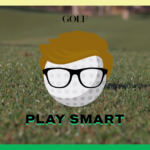 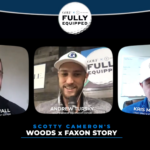 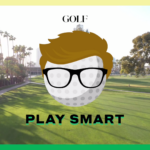 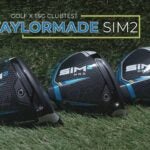 Are TaylorMade's new SIM2 drivers better than last year's SIM? We put them to the test

If you were to take a poll of professional golfers to determine which club in the bag is the most difficult to swap out, chances are good a large majority would answer “fairway wood.” Justin Thomas continues to play a Titleist 915Fd 5-wood. Tiger Woods hasn’t let go of his TaylorMade M3 fairway. And don’t forget about Henrik Stenson’s love affair with Callaway’s Diablo Octane Tour 3-wood that went on for more than 8 years.

A reliable, versatile fairway wood is hard to come by, which is why so many players bristle at the idea of changing when they have something that works — Jon Rahm included. The world No. 2 currently sports a pair of TaylorMade SIM fairway woods, but according to TaylorMade Tour rep Adrian Rietveld, the process it takes to get Rahm into the product is anything but seamless.

“He’ll be to a point where, at the [TaylorMade] photoshoot, before you show it to him he’ll say to you, ‘I’m not sure on the 3-wood.'” Rietveld told GOLF’s Fully Equipped podcast. “And he hasn’t even seen the 3-wood. It’s because he’s got something that he likes.”

Rahm’s reluctance to change — at least initially — reminds Rietveld of a certain 15-time major winner on the TaylorMade Tour staff.

“Jon is Tiger-like when it comes to fairway woods,” he said. “It ain’t changing unless he’s completely comfortable with it.”

Rahm has worked tirelessly on his fairway woods since turning pro to turn them into a strength, even going so far as to spend entire afternoons on the Augusta National range — as he did last year — to dial-in the ideal draw shot shape in preparation for the Masters.

“Coming up through the ranks, he really struggled with fairway woods,” Rietveld said. “He’ll admit to this. It was probably a weak area of his game. When he got into a situation on a big golf course, he’ll admit he needed to sort that out because it actually held him back.”

What’s helped Rahm find the ideal setup is working with TaylorMade’s staff to locate the best face and lie angle for his game. In Rahm’s case, it’s a loft sleeve with an upright lie angle — 59 (3-wood) and 59.5 degrees (3-wood) — that’s worked wonders for his fairway woods. The change has made it easier for Rahm to turn the ball over when he needs to, without having to make a significant swing or face manipulation. “

“A 3-wood is a big part of a player’s arsenal to have something that he can turn over,” Rietveld said. “I think these things really resonated with Jon, and that’s why he put it in the bag.”

Click the audio link below to listen to Adrian detail Rahm’s entire TaylorMade equipment setup in the latest episode of Fully Equipped.

These are the sunglasses Hideki Matsuyama wore during the 2021 Masters