Shane Lowry's swing is a perfect match for his body type.

Shane Lowry’s victory at Royal Portrush in front of thousands of his countrymen at the Emerald Isle’s first Open Championship since 1951 was high in the running for feel-good story of 2019, if not the past decade. What’s even better is that the somewhat elusive Irishman proves that you can notch majors without having to be a world-class athlete.

There’s a lot for everyday players to copy here, starting with the way Lowry keeps his weight super-centered as he rotates to the top. This is important stuff for weekend players, because a good backswing isn’t simply about turning. While Lowry, 32, rotates plenty (see his left shoulder swing under his chin in step 1 below), he pivots without ever losing the posture he established at address. He doesn’t shift his pressure around or allow his spine angle to come up or down — mistakes that require unnecessary manipulations later in the swing. Here, simplicity is the key to consistency.

Shane’s club is slightly across the line at the top, something I see in about 80 percent of the players I teach. What’s more important is that his trail arm is fully flexed — Lowry looks like a boxer ready to deliver a knockout punch. As he begins his downswing, he unleashes all that body coil and the flex by extending his right arm down toward the ball without any manipulation or hesitancy. His weight shifts beautifully along the way. Great win, great swing, great lesson for all players.

Below are the four keys to his successful swing. 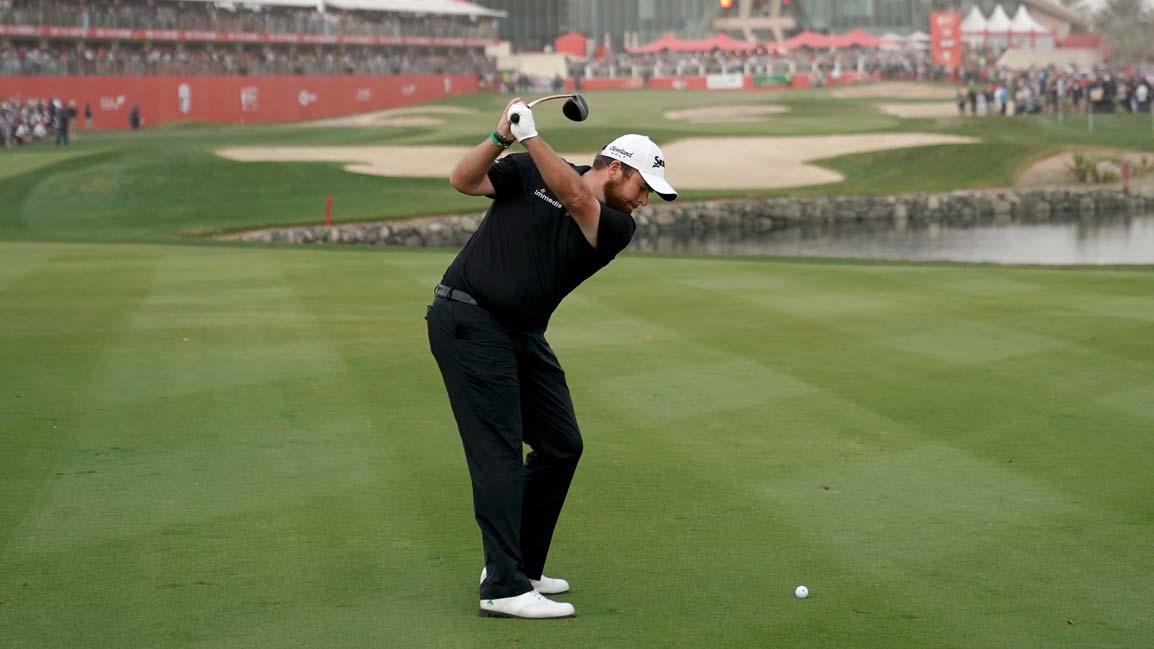 From an excellent address position, Lowry turns his left side “low” while remaining in posture, allowing his left knee to bend and right leg to straighten. He’s loading up with a centered turn without any sway. 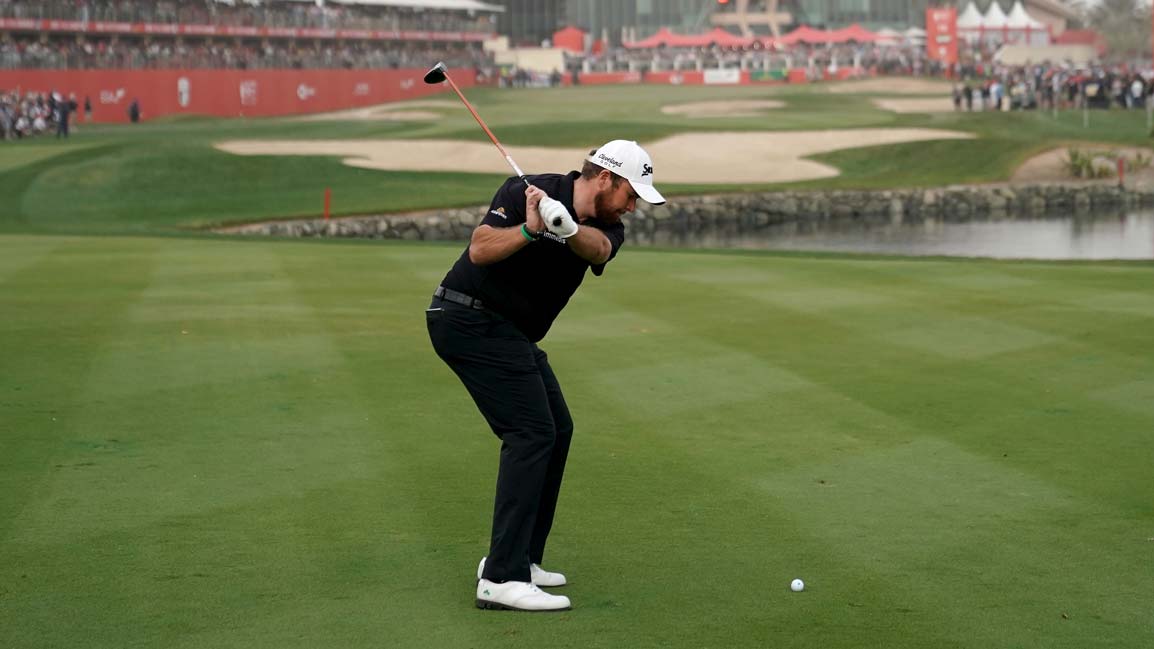 Still in that great posture! What may not be as noticeable is the way Lowry is releasing his right arm while shifting his weight toward the target. It’s a one-two punch that helps Shane blow it past 300 yards whenever he likes. 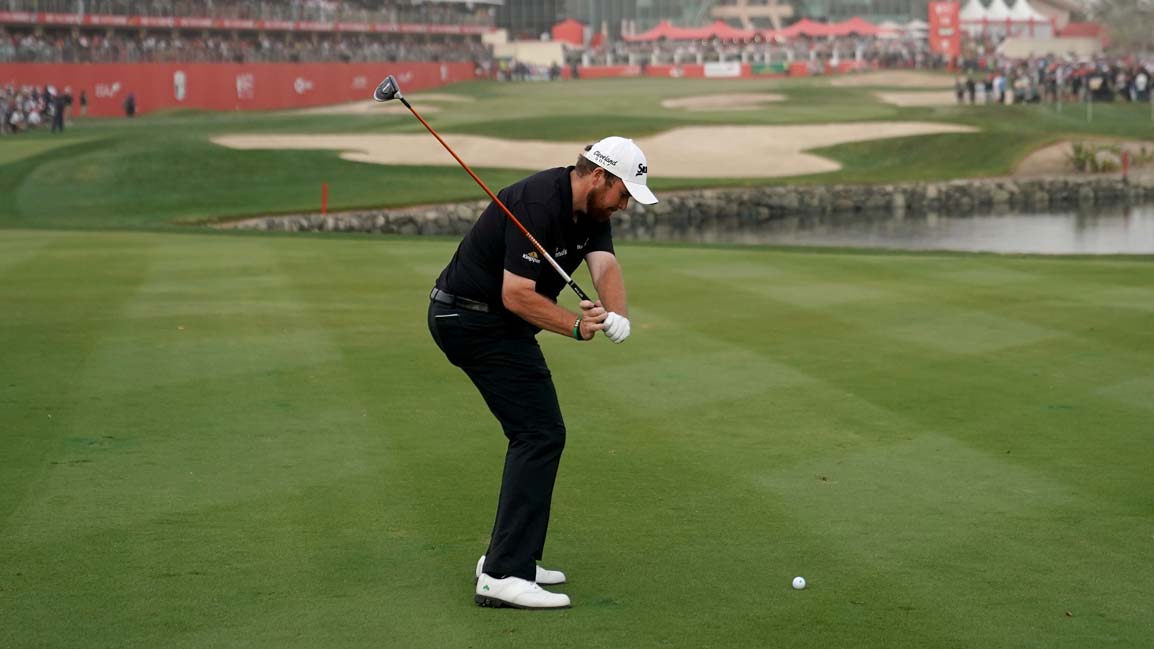 Lowry’s head position is rock-solid as he turns into a stable left side and begins to release the angles in his arms and hands to impact. Like Shane, try giving your lower body a head start in the downswing (step 2). It’s a classy move that boosts speed. 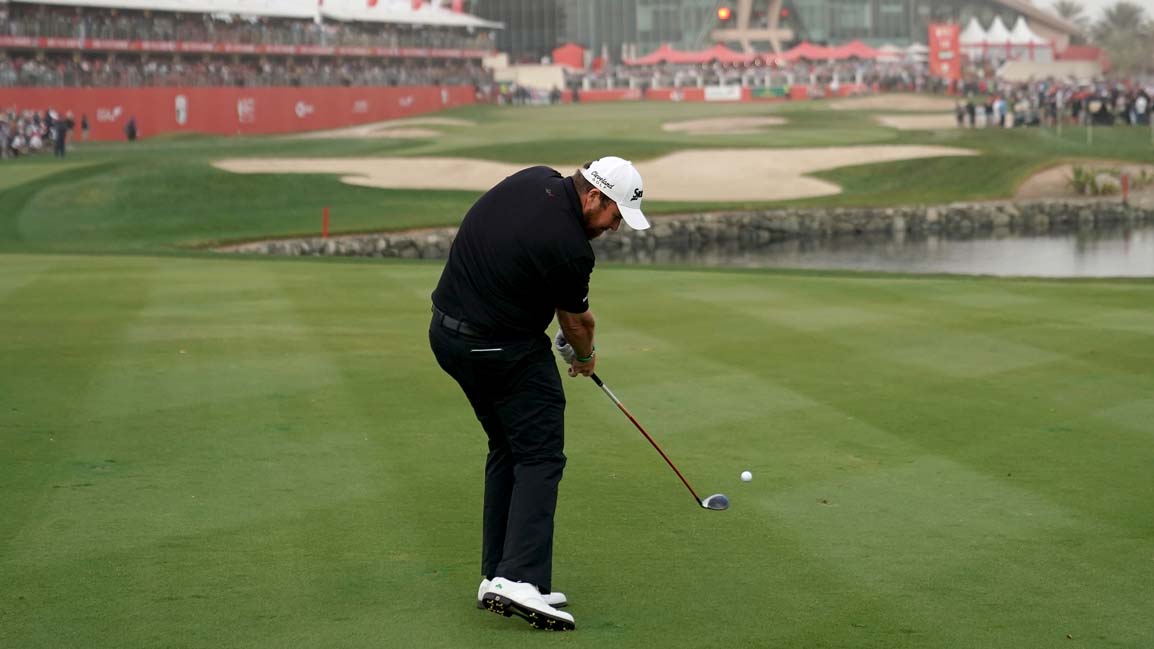 Lowry’s right shoulder finally catches up to his right hip. His head position is still steady as his body turn, arms and hands propel the clubhead into the ball at max speed. Need we say, copy this? Absolutely