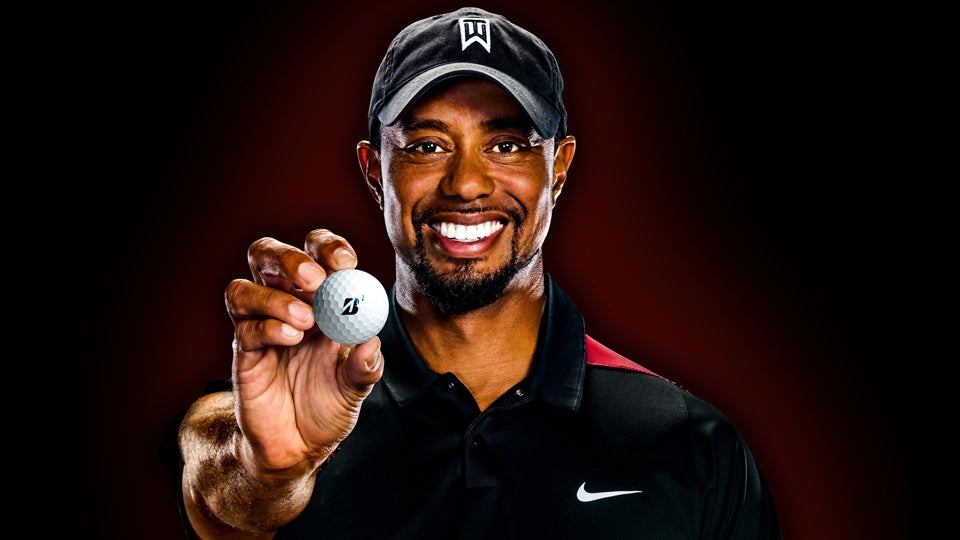 The first domino has fallen. Four months after Nike Golf announced it would be transitioning out of club and ball manufacturing to focus on footwear and apparel, Tiger Woods has become the first player in the Nike stable to sign an endorsement deal with another equipment company. The 14-time major winner has signed a multi-year contract to play Bridgestone balls.

Terms of the contract weren’t immediately made available, but Corey Consuegra, Bridgestone’s senior director of marketing, told GOLF.com that “the agreement will allow Tiger to play an instrumental role in the development of future balls.”

The deal isn’t a major surprise — Woods played Bridgestone balls earlier this month at the Hero World Challenge — but details have emerged about how the relationship came to pass.

Shortly after the Nike announcement, Woods’s agent, Mark Steinberg, asked Bridgestone to send Woods a shipment of Tour B330 and Tour 330-S balls. (Woods’s management team also requested balls from other brands.) Woods conducted trials in relative seclusion — representatives from the manufacturers were not on-site to capture data such as ball speed, spin or launch angle.

In the fall, representatives from Woods’s team informed Bridgestone of the Tour B330-S‘s “success and performance” and that the testing process would continue in tournaments. (Consuegra estimates the company shipped 48 to 60 dozen balls to Woods for testing since August.) Earlier this month Woods teed up the Tour B330-S at his event in the Bahamas, where he finished 15th in the 17-player tournament but led the field in birdies with 24. The two sides reached an agreement shortly thereafter.

Switching balls is a big transition for Tour pros. Getting comfortable with a new ball can be particularly challenging if yardages have to be recalibrated, or spin and feel are dramatically different. Still, Consuegra says there were no major hiccups during testing — impressive considering Tiger had been playing Nike multilayer balls for 15 years, including the Tour Accuracy, One Tour D and, most recently, RZN Black.

Woods’s new ball also has a multilayer construction with soft urethane cover. The B330 family has a “gradational” core — a firmer outer region wraps around a softer inner core — for power and lower spin on full shots. But the B330-S spins marginally more from tee to green than its sister product. Presumably what appeals to Woods is that the “higher spinning” ball is easier to control in various conditions while still allowing him to execute shots around the greens.

Bridgestone, which is third in market share behind Titleist and Callaway, plans to feature its new poster boy in TV, print and digital ads after Jan. 1. Asked about the possibility of a club deal with Woods, Consuegra said, “This is about the golf ball. We’re very excited and honored that Tiger Woods will be playing — and winning — with a Bridgestone ball in 2017 and years to come.”

After extensive golf ball testing, I chose the best one for me. I am proud to join @BridgestoneGolf and play the #B330-S! – TW pic.twitter.com/JoIeoY2SX1