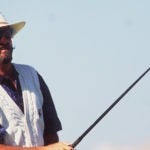 Gary McCord knew all of the tricks back in the day.

Nowadays on the PGA Tour, equipment vans and Tour reps help players get dialed into the exact golf clubs they need. Skilled club-builders and high-tech machines help them ensure their lofts, lies and weights are correct. Adjustable sole weights and multi-material composite shafts help players get precisely the right trajectory and spin. Even Trackman helps determine that the golf ball is doing what it’s supposed to.

That’s not how things always were, though.

Before the modern era of technology, golfers were left mostly to fend for themselves when it came to equipment adjustments.

In our recent Fully Equipped podcast, legendary broadcaster and former PGA Tour player Gary McCord spoke on some tricks of the trade when it came to equipment in the old days. Of course, some of these things aren’t necessarily “legal,” but they’re entertaining nonetheless.

“All these old guys had all sorts of tricks that they would do with their clubs and so forth to try to play the game and make some money when there was no money at that particular point,” McCord said on the podcast.

Here are four of the best old-school equipment tricks that players used to dial in their equipment, according to McCord.

You know how baseball players used to apply Vaseline or some kind of petroleum jelly to a baseball to alter the pitch and make it more difficult to hit? Well, golfers used similar tactics to manipulate ball flight.

By putting sunscreen, chapstick, Vaseline, or other similar substances onto the face of the driver the player could reduce unwanted spin. This was especially helpful for a popular, fade-hitting major-winner on Tour. McCord says that this one player in particular used to wipe sunscreen on his driver in a left-to-right wind in order to reduce cut spin on the shot.

McCord, however, made the mistake one time of putting too much Vaseline on his driver face in a money game.

“I was on the tee first and these guys were still putting out on [the 8th hole],” McCord explained. “So I get in and I take a big goop of it out and I hold it up where they can’t see it and I wipe it across the face. Well, the one guy three-putted and the other guy was four-putting, so I had more time. So I wiped it again. I get up on the tee and I nail it. And the ball went about 40 yards and then right in the ground. I put so much on it that it took all the spin off. That’s the last time I did it. The ball went 80 yards. It looked like I topped it but I didn’t.”

As McCord tells it, there was a certain golf club company that had a big wooden door — McCord compared it to a “medieval castle” door — in its facility. There was a special knock required to get through, and inside the door was “The Groove Guy.”

This skilled club repairman would take a chisel to wedges in order to sharpen the grooves and make them spin more. McCord says the groove guy was so good at sharpening wedge grooves that he started spinning the ball too much afterwards.

During his first round with the newly repaired wedges, McCord says he got some advice from his playing partner Gene Littler, who saw what was transpiring.

Playing with those super sharp wedge grooves meant McCord was spinning the ball back way too much. During one round at Cypress Point, Sam Snead suggested that McCord take a divot during his practice swing and not clean it off, to get some dirt into the grooves and reduce the spin. Apparently, however, the trick didn’t work out too well.

“I’m on the first hole [at Cypress] and I drive it down there…that green is tilted, it has to be a 10-degree angle,” McCord said. “I hit a flyer and it went 20 yards over the green… I go, ‘Sam Snead you son of a…’ I couldn’t control it.”

Before lie angle and loft machines were readily available, golfers went for the less-refined approach of hitting their irons against concrete to change the lie angles. It wasn’t a perfect system, but it worked.

“You’d find concrete… asphalt was too bumpy… and you’d put a towel down. If I wanted to flatten my club, I’d give it a violent swing… go down right on the heel of that thing and you’d extend your arm as soon as you hit it to flatten it. Three hits…the hard thing was to get it upright. You’d have to find a curb…put the head over the end of the curb, and then whack it as hard as you could to get the thing a little more upright.

“That’s how we did it, because there were no vans out there. You might find a guy somewhere 102 miles from the golf course that had a place in his garage where he’d fix clubs. But he would always screw it up anyway. So you just did it yourself. And there was never any tools or anything… it was kind of fun. We didn’t have any way to measure the loft or anything, so I might have had five 3 irons in my bag at one time because I’m messing with a 4 iron and a 5 iron. You didn’t know until you hit balls and figure out one goes farther than the other.

If you enjoyed these stories, make sure to tune into the full interview with McCord below.

What's in the bag? A peek at everything in golf legend Mickey Wright's bag