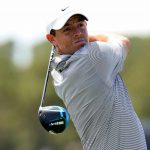 Find out what drivers Rory McIlroy and the rest of the game's best are using at the PGA below.

Kiawah Island’s Ocean Course, home of the 2021 PGA Championship, is ripe with challenges. Penal hazards loom, the ocean winds blow, and the greens are raised and guarded. Its most notable nemesis, though, is the sheer distance. At its full length, the Ocean Course measures an eye-popping 7,876 yards, making it the longest course in major championship history.

Fairway woods, hybrids and long irons will inevitably get a workout from the players on approach shots, but the driver will be taking most of the reps off the tee. There’s no getting around it, consistently long and straight drives are a must to survive the Ocean Course over four rounds.

With such a premium placed on the big stick, we wanted to break down the drivers that each of the top-10 players in the Official World Golf Rankings (OWGR) will be using to tackle the Ocean Course. We dive into each of their setups below.

Johnson is a consistently dominant driver of the golf ball, but he’s not so consistent with the driver he actually uses. He’s been known to test multiple drivers week-to-week, even switching models between rounds.

As always, Johnson will be making a game-time decision between the drivers on Thursday.

Driving stats in this story are from pgatour.com

Thomas started the year using Titleist’s new TSi3 driver, but he since switched back into the Titleist TS3 model (Mitsubishi Diamana BF 60TX shaft). The driver worked at The 2021 Players Championship, which he won, and he’ll continue to use that build this week.

Rahm, a new Callaway staffer as of 2021, uses a Callaway Epic Speed Triple Diamond LS 10.5-degree prototype head (Aldila Tour Green 75TX shaft). His driver is built for low spin, which may come in handy this week as he tries to pierce the ball through the Ocean Course winds.

Much like Johnson, DeChambeau is also known to test numerous driver setups from week-to-week, always searching for the right fit. This week, it appears he’s settling into a Cobra King LTD 6.5-degree head, equipped with an LA Golf Tour AXS shaft.

Shop the drivers of the top-10 players! The last time the PGA Championship was held at the Ocean Course, McIlroy won. This time around, he’s using a TaylorMade SIM2 (10.5 degrees) with a Fujikura Ventus Black 6X shaft.

Reed won the 2021 Farmers Insurance Open in January using a Titleist TSi3 (Aldila Rogue Silver 125 MSI 70TX shaft) driver with 9 degrees of loft, and he continues to use that driver setup at the 2021 PGA Championship.

When Simpson finds a golf club he likes, he typically sticks with it. His driver is no exception. He continues to use a Titleist TS3 driver head (10.5 degrees) with a Mitsubishi Tensei AV Blue 65TX shaft.