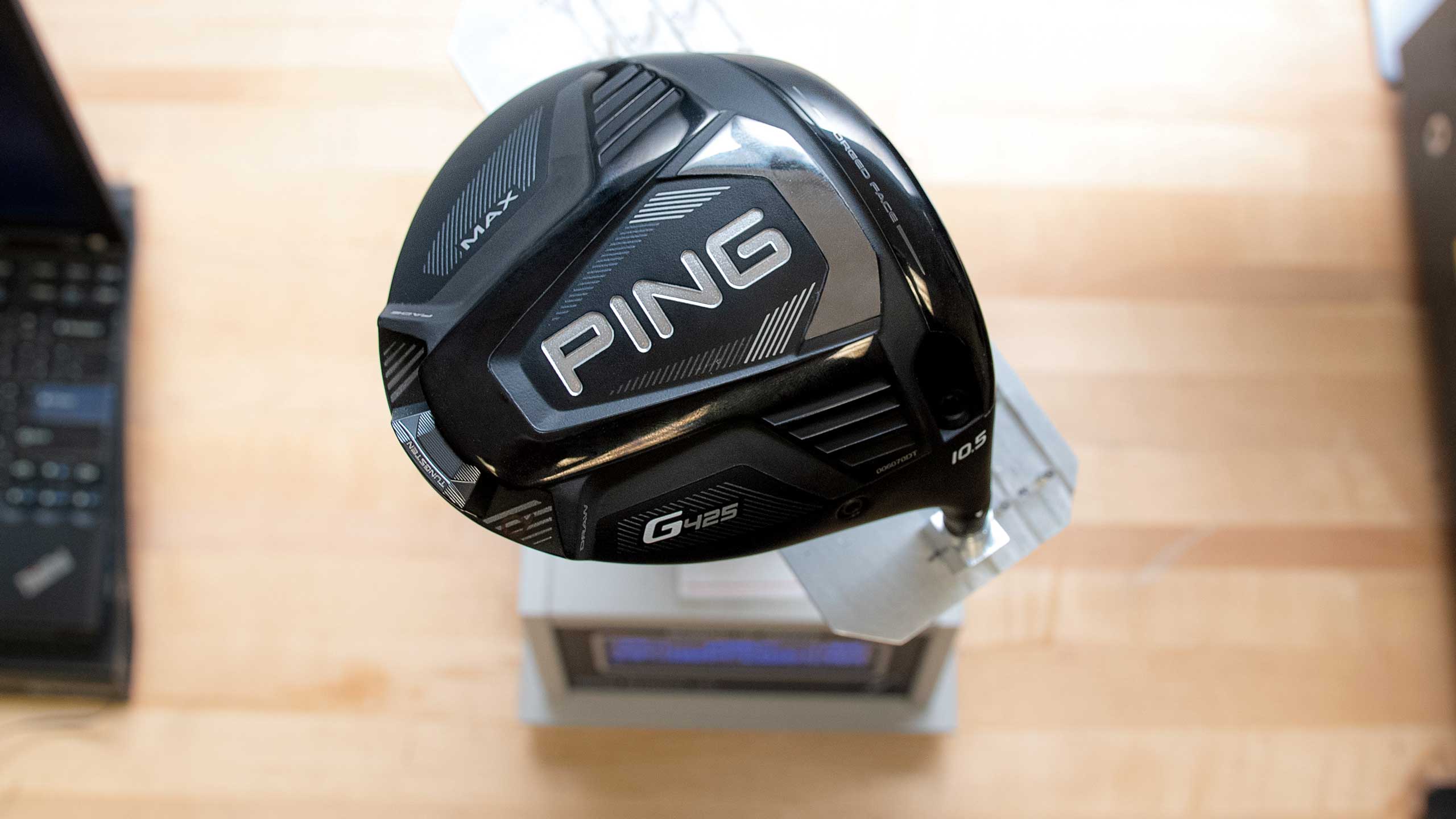 GOLF spoke to vice president of engineering Paul Wood on how Ping stays Ping with new products like the G425 series.

Ping has had just three leaders since its debut more than 60 years ago: founder Karsten Solheim, formerly a General Electric engineer; his son John A., also a trained engineer; and John A.’s son John K., ditto. Its first product, the Ping 1A putter, was center-shafted, extremely perimeter-weighted and proudly untraditional-looking. It was all about the MOI, though thankfully for generations of golfers, a strong ROI followed.

The company has remained as consistent in its approach as its famed color-coded irons are in theirs. Ping has rarely been the trendiest brand, just always one of the most respected. GOLF spoke to vice president of engineering Paul Wood on how Ping stays Ping, including an unbending belief in the benefits of clubfitting and with new products like the G425 series.

How has Ping managed to stay such an engineering-driven company?

Paul Wood: This company started with an engineering idea: How can I make a better putter for my own game? It was Karsten working on his own game as a frustrated golfer and starting from engineering principles. Today, it’s John A. and John K.’s passion to be involved every step of the way on every product decision. That’s a rare thing in any field, not just in golf, to have the CEO and the president so heavily involved in product engineering. It’s very easy to have that engineering company culture when that’s your leadership team.

How does that ethos play out in the new G425 clubs?

PW: We like to describe ourselves as a knowledge-based company. We continue to develop our knowledge on everything that goes into making clubs perform better, so when it comes time to launch a new product, we pull from that knowledge tree. We trust that if we know more now than we did 18 months ago, we’ll have a better product. Rather than focusing on “This year it’s all going to be about aerodynamics,” or moment of inertia or ball speed or whatever, we’re instead going to pull everything together. Going from the G410 to the G425 driver, say, the challenge is how many things can we make a little bit better? How many incremental gains can we make?

That incrementalism takes a lot of discipline, right? It must be easier, and tempting, to jump around and tell a totally different story with each product launch.

PW: It does. But when you always start from a position of what’s going to make the club perform better, then you sort of have to do it that way. Huge changes — in aerodynamics, club length, whatever — always come with major trade-offs. The way to make overall performance better is to make something better without sacrifice. Make one thing 2 percent better without anything else getting 2 percent worse. Huge leaps forward only happen every large number of years. In the intervening time, you can do an awful lot with a number of small things that add up to something big.

“We’re not trying to make a single mouse trap that performs best. We’re building a system of club options to get everyone into the best possible club.” 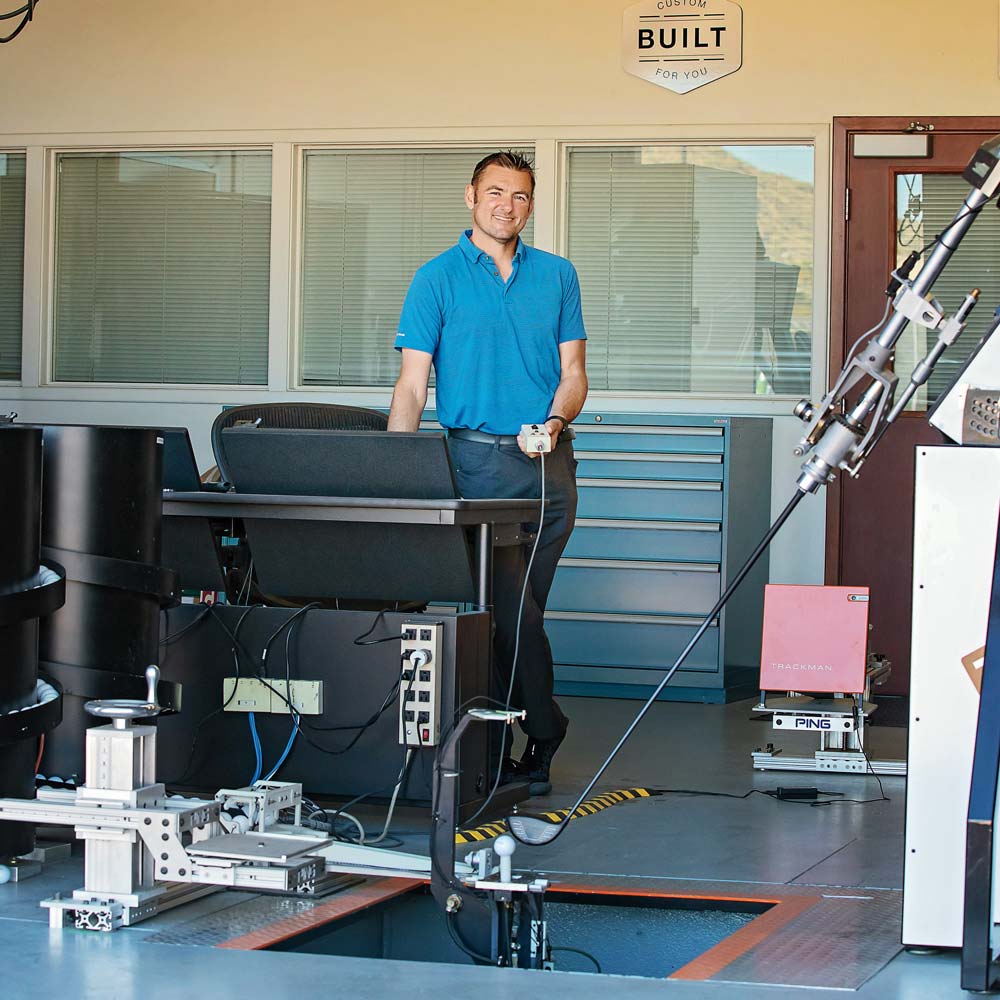 The new G425 driver family — MAX for extreme stability, LST to reduce spin for faster swingers, the slice-fighting G425 SFT — points toward another Ping cornerstone, namely clubfitting. How does an engineer think differently when trying to create for several types of golfers instead of just one club?

PW: It is a different way of thinking and a lot easier when you consider that from the start. We’re not trying to make a single mousetrap that performs best. We’re building a system of club options to get everyone the best possible club for them. It becomes more of a systems engineering–type endeavor.

How does that affect product development?

PW: There’s a lot of complexity in how you deal with human testing. If we just need to make the robot perform better, that’s easy. In human testing, each person is almost a different experiment. Optimizing what works for me is a little different from what works for other players. That’s where a lot of our brainpower goes: How do you set up those tests? How do you design that experiment? How do you run those statistics to understand the population, not just a single person?

It must be gratifying to see the golf world largely come around to this way of thinking, from the rise of club fitters like GOLF sister-company True Spec Golf to club manufacturers moving beyond one off-the-rack option.

PW: Yes. It’s surprising how long it’s taken. Because what’s not to love? You get much better performance from a custom-fit club. It’s also a fantastic experience going through the options, proving to yourself that a particular club works significantly better. Why would any golfers deny themselves that?

What’s the most common mistake golfers make relative to fitting?

PW: Nobody comes off the course and says, “Let me tell you about my average shot.” It’s exciting when you catch one perfectly. But golf is a game of mishits, and the club that performs best on your absolute best swing is not necessarily the club that performs best for you time and time again. You want to outdrive your buddy over the course of a round, not just one hole. With irons, there’s a flag you’re trying to get your ball to nestle up close to — precision is huge, which is why we made the G425 irons a little more compact and easier for the player to manipulate the face, to deliver it square each time. So look at the group of your shots — not all the worst ones, but not just the one best shot, either.

PW: A lot of golfers go into the process with an idea of what they should play. Let real shots with real clubs guide you. If a club that’s a little surprising to you is working better, well, that’s part of the joy of custom-fitting. Have an open mind. OUR TAKE: Some drivers offer flashy distance, while others provide sturdy stability. Ping’s new G425 drivers, though, checked both boxes for our testers. In his first time hitting the Turbulator-crowned driver, one GOLF tester called the G425 “wife material” due to its speed and forgiveness. “All my mishits went straight,” another said. Players also found that the impact sound sings a deep, booming note.   THE DETAILS: By combining tech from previous releases, Ping says it was able to design its most forgiving driver ever with the G425 Max. No wonder why testers found its performance dependable. The G425 Max drivers measure a USGA limit 460cc and have a 26-gram adjustable tungsten in the back of the heads to help increase launch and forgiveness. For golfers with a slice, Ping offers the G425 SFT draw-biased option, and for higher-speed players who need reduced spin, Ping offers the G425 LST. Check out 150+ reviews from our gear experts in the ClubTest 2021 collection
Buy Now