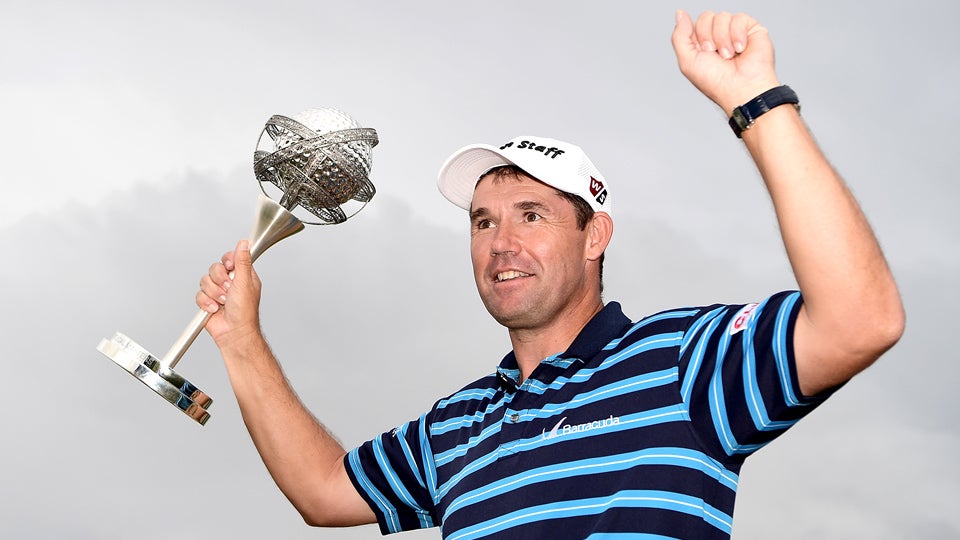 Padraig Harrington found his way into the winner's circle for the first time in eight years on Sunday.
Getty Images

Padraig Harrington picked a good time to update the sticks in his golf bag.

Harrington, who won the Portugal Masters on Sunday for his first European tour win in eight years, used Wilson’s FG Tour V6 irons en route to the win, which he tried for the first time the Monday before the tournament. The clubs hit stores in January 2017.

“They were so good I put them straight into the bag (after testing them),” Harrington said.

The irons have a 20-gram tungsten insert (the older version was 18 grams), which increases the launch angle without decreasing spin. The irons are forged from 8620 carbon steel and have a back cavity that increases forgiveness. Check out GOLF.com’s recent review below.