The second-oldest muni in the U.S. is loaded with throwback charm and big-time value

Franklin Park tips out at a few paces over 6,000 yards. It doesn’t beat you up; it grabs your interest.

It can be a strange experience, returning as an adult to the town where you grew up. So many things look different. The streets. The schoolyard. Your childhood home. If you’re a golfer, you might even see the courses in an altered light.

That was the case for me this fall when I winged back to Massachusetts to reconnect with family and friends. As a high schooler in the Boston suburbs in the early 1980s, a newbie to the game, a dabbler with no formal instruction, I worked a restaurant job at night and spent my summer mornings chopping up the local muni circuit. Mostly where I played was a course called Putterham Meadows, in Brookline (the name has since changed to Robert T. Lynch Municipal Golf Course), a track so humble that it served as a parking lot in 1988, when the U.S. Open happened at The Country Club next door.

Sometimes, I hit up Leo J. Martin, in the leafy town of Weston, which was fun enough, as I recall, though I remember its grounds better as a sledding spot in winter. As my game improved — or maybe it was just my taste? — George Wright, in Hyde Park, became my go-to. A Donald Ross gem in need of polish, it ranks today among the finest munis in the United States.

The city-owned course that only rarely made it onto my rota was William J. Devine Golf Course, which then, as now, every golfer in the area knew as Franklin Park. In those days, the neighborhood around it was considered rough. What seemed rougher to me, though, was the conditioning, which skewed my view of the course. Rocky fairways, threadbare tee boxes and ragtag greens clouded my awareness of the property’s cool bones. To my adolescent mind, Franklin Park’s main selling point was that, from certain holes, you could hear the lions roaring at the nearby zoo. Otherwise, it didn’t strike me as worth the bother. And so, I didn’t.

But you know how it goes. Time passes. People grow up.

Over the years, from my adoptive home 3,000 miles away, I’d heard that Franklin Park had matured into a Boston-area must. On my recent trip, I figured I would test that claim.

Over the years, I’d heard that Franklin Park had matured into a Boston-area must. 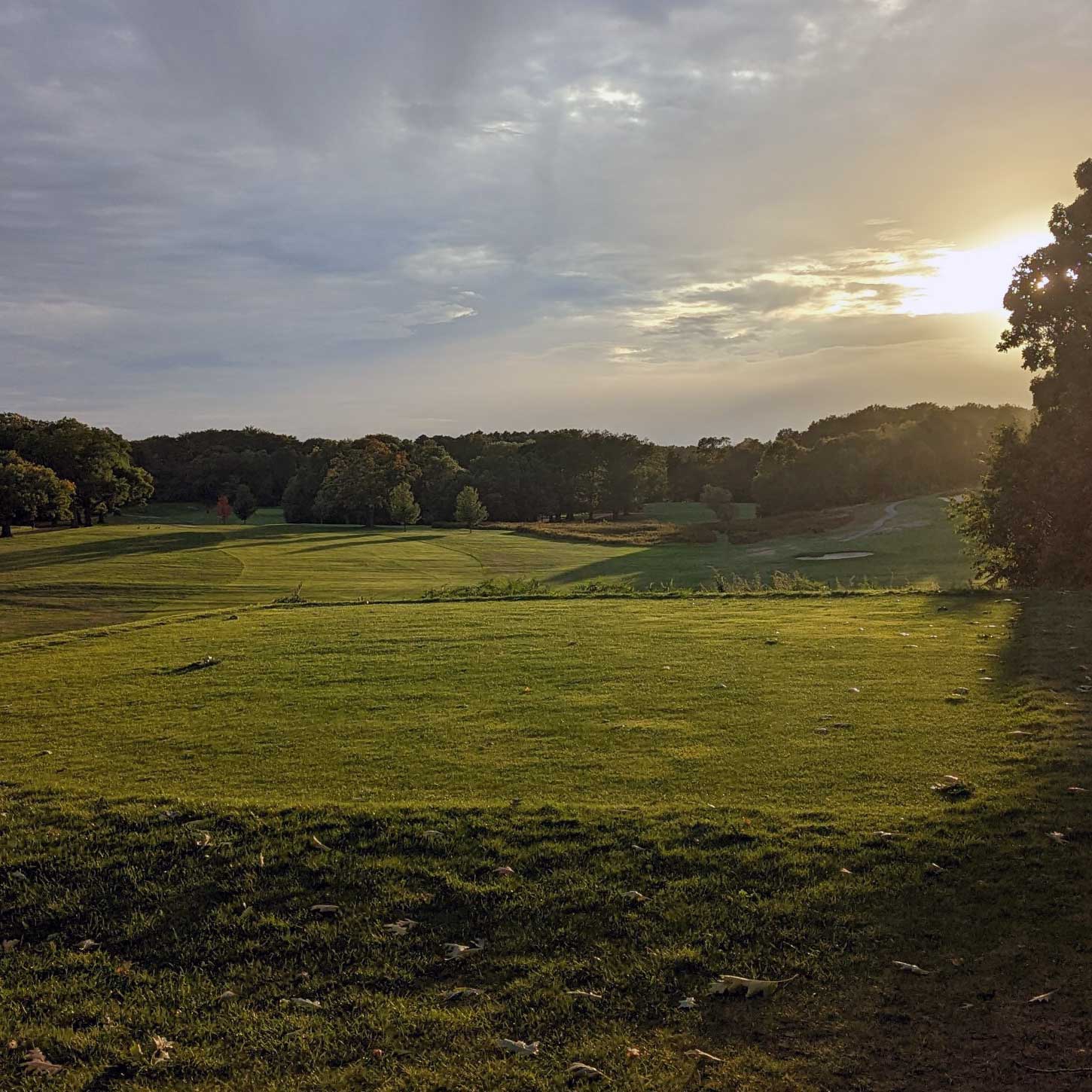 “CalifAHnia, eh?” the guy behind the counter in the pro shop said.

Ben Affleck could not have done a better Boston accent. He was looking at my ID, which he’d asked for when I told him I needed rental clubs.

“Kinda cold fah yah, isn’t it?” he added, in the wise-ass Mass-hole tone that I’ve long found sorely lacking on the West Coast. He was taking the piss, townie-style, and I liked him for it.

What’s more, he was right. It was f+&@$-ing freezing, somewhere in the arctic range of 60 degrees.

Luckily, I’d brought my hand-warmers. And by some miracle, there was no frost delay.

Franklin Park sits within a greenbelt of the same name, a sprawling, verdant swatch that was designed by the fabled landscape architect Frederick Law Olmsted. You’ve heard of Central Park? Olmsted did that, too. As for the course, like George Wright, it bears Ross’ imprint.

In 1922, the Golden Age great reworked and expanded what had originally been a 9-hole layout, which itself dated to 1896, making Franklin Park the second-oldest muni in the United States, after Van Cortlandt, in the Bronx. In much more recent years, the architect Mark Mungeam has done restoration work.

None of which would have mattered to me as a kid.

Now, though, as I stood on the 1st tee, taking in the broad sweep of the course, I thought about it all while noting the nifty features in the landscape. The lilt of the fairways, framed by shaggy hillocks, the rock outcrops flanking artful, tilted targets. Franklin Park tips out at a few paces over 6,000 yards. It doesn’t beat you up; it grabs your interest. There are partly blind tee shots and elevation shifts and towering oaks at the edge of doglegs and brows in the fairways and turtlebacks on greens. An intimate routing works in all directions on a small parcel. From several high points, the course teases you with glimpses of what’s ahead. Conditions could be better. They always could at munis. But at $41 on weekdays (and $50 on weekends), the place is a steal.

My round breezed by, and before I knew it, I had reached the 18th hole, a short par-5 that swings down, then up, toward the clubhouse, protecting itself with a rise in the fairway that obscures the second shot — a fitting finish to the subtle challenges of a course that I took for granted so many years ago. That I now recognized its beauty owed partly to the fact that Franklin Park had gotten better — but also to the fact that I’d gotten older.

When my final putt dropped, I marched into the clubhouse, returned my rentals, exchanged some wisecracks with the guy in the pro shop, and headed off to meet my octogenarian mom for lunch. Along the way, I stopped for a Dunkin’ Donuts coffee that didn’t taste the slightest bit like coffee.

It was comforting to know that some things never change.