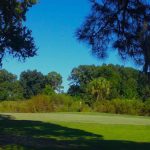 Death is not forever. Not for a golf course. Not when those who mourn its loss vow to bring it back to life.

Blue Cypress Golf Course, in Jacksonville, Fla., is such a place. Born as an 18-hole private club in the 1960s, Blue Cypress morphed into a muni in 2003, when the city took it over and transformed it into a nine-hole track, surrounded by a park of the same name.

The park was also home to soccer fields, tennis courts, hiking trails, and more, and as a spoke in this wheel of outdoor recreation, Blue Cypress thrived.

Until it didn’t. The cause of its demise was hard to pinpoint. Some people in the area started playing elsewhere. Others stopped playing golf altogether. Whatever the case, as revenues declined, so did course conditions, and the other way around, the familiar downward spiral that dooms so many munis. It happened gradually, then suddenly.

In 2016, Blue Cypress gave up the ghost. The passing left a hole in the heart of the park.

“It was a big loss for the community,” says Jacksonville city councilwoman Joyce Morgan. “So often, you don’t really know what you’ve got till it’s gone. That was definitely the case here.”

A former TV news anchor, Morgan first got into golf while living and working in Macon, Georgia, in the 1980s. She was still hooked on the game later that decade when she took another network job in Dallas, and she remained addicted when she moved once more, this time to Jacksonville, where she has resided for the last 30 years, in a leafy neighborhood a few blocks from Blue Cypress.

From the muni’s early days, Morgan was a regular, playing casual outings and friendly competitions. Sometimes her husband joined her. Ditto their three children. They’re grown know, but Blue Cypress is where Morgan’s kids all learned to play.

“It was a wonderful place,” Morgan says. “Friendly, accessible, a great resource for so many people.”

Elected to the city council in 2015, Morgan never liked the idea of losing Blue Cypress. As its absence settled in, she came to love the idea of reviving it.

Joining forces with Ron Salem, a city council member Jacksonville native who was equally fond of Blue Cypress, Morgan worked on cobbling together $450,000 from different corners of the city coffers. That was hardly a fortune for a course revival, but it proved to be enough for the innovative project that took shape.

In 2020, the city hired Indigo Golf Partners, one of the country’s largest course management companies, to rework Blue Cypress into something better suited to long-term survival. User-friendly golf was the operative phrase. That meant expanding the driving range, installing a 3,500-square-foot putting green, freshening up the playing surfaces and modifying the maintenance practices so that all of the grass on the course, except for the greens, is cut to the same height: no tangled lies, no lost balls in the rough.

As the overhaul got underway last year, Morgan got busy with community outreach. She contacted local high schools. She rang up the men’s and women’s golf teams at Jacksonville University, urging them to send their kids to Blue Cypress once the course was up and running once again. In what became a special point of pride for Morgan, a deal was also struck to make the muni a home base for the First Tee.

The message, Morgan says, is that like the park around it, with its soccer and tennis and a soon-to-be rebuilt swimming pool, Blue Cypress Golf Course is a welcome venue for people of all ages and abilities.

“We want this to be a family-friendly facility,” she says. “And we’re letting people know, ‘We want your kids out here enjoying this course.’”

A week and a half ago, Morgan was on hand when the driving range reopened. She was back again the next day, when a ribbon cutting took place on the course itself. Blue Cypress is pulsing with life again. Plans are in the works to add three holes to the 9-hole layout later this year, which will create a 12-hole routing that can be played in two 6-hole configurations. A friendly and affordable muni will soon be more flexible than it ever was before.

Morgan says that the community has learned a lesson: golfers and golf courses have symbiotic ties. Each group helps sustain the other, and when one fails, the other falters. The difference is that courses can be resurrected.

“I think that as a community we get it now,” Morgan says. “We know what it’s like to lose our golf course, and we don’t want to ever let that happen again.”

What it's like playing Seminole Golf Club, host of the 2021 Walker Cup

The future of course design? Here’s how the next generation thinks about architecture