Course Rater Confidential: Where does Bethpage Black rank among the hardest golf courses?

GOLF’s Top 100 course panelists are among the most respected and well-traveled course evaluators in the game. They’re also keen to share their opinions. For this GOLF.com series, we have granted them anonymity and turned to them for their unvarnished views on all matters course-related. The goal is not only to entertain you but also to give you a better understanding of how GOLF’s panelists assess courses. In this edition, we’ve asked four of our experts to share their takes on big, bad Bethpage Black heading into the 2019 PGA Championship, and whether it lives up to its fearsome reputation.

Is Bethpage Black more or less difficult than its fearsome reputation? Why? Any courses you have played that are more difficult?

Panelist 1: Less difficult, much so, because its putting surfaces are flattish and not nearly as treacherous as courses like Winged Foot, Merion, Oakland Hills et al. Bethpage is long, strategic, relatively narrow (with above average-length rough) and well-bunkered. These factors make the “regular” set-up for amateurs very difficult. But if set-ups are comparable, I think that many courses including Winged Foot and Oakmont are more difficult.

Panelist 2: Less difficult than that Double Black Diamond sign on the first tee indicates, but more difficult to walk than expected. A long day’s march! If you accept bogey, it’s very manageable. Kiawah Ocean Course and Blackwolf Run River are more difficult to score on. Oakmont is much harder on the greens. Pine Valley is the toughest to hit a recovery shot on the green.

Panelist 3: While undoubtedly the toughest muni course around, it pales in difficulty when compared to the likes of Oakmont, Butler National, Pine Valley, Winged Foot, or Kiawah. Tee-to-green at Bethpage Black is quite demanding, yet once on the dance floor, the putting surfaces aren’t nearly as challenging.

Panelist 4: Less difficult as compared to courses like Oakmont and Merion. I agree that the greens are much more manageable. 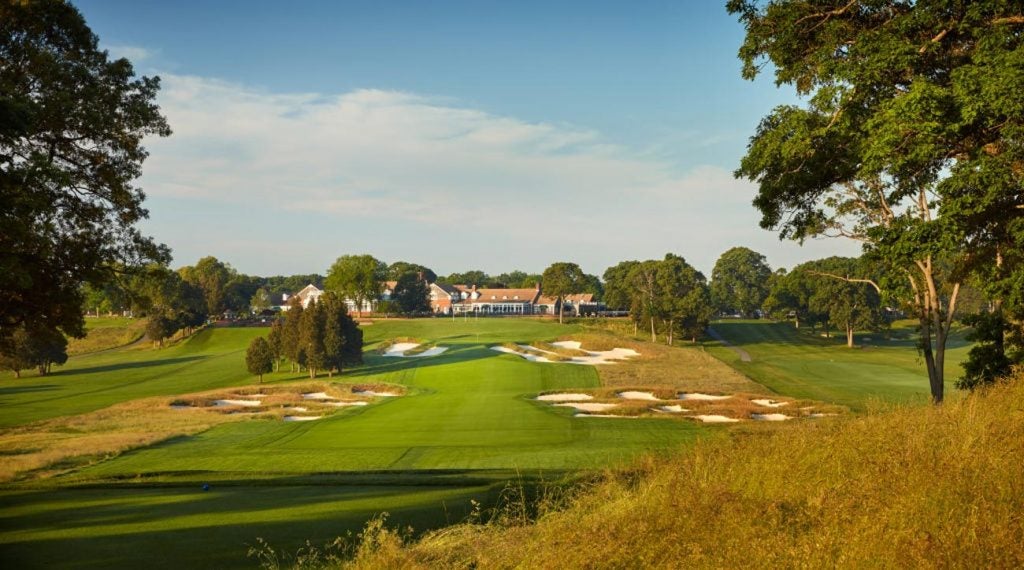 A view of the 18th fairway at Bethpage Black
Getty Images

What is the hardest/scariest hole?

Panelist 1: The par-4 16th. It’s very long and narrow. Missing the fairway virtually precludes hitting the very elevated green and any recovery is very challenging. Plus, even though it’s been recently muted, it is the course’s most severe putting surface.

Panelist 2: The 16th. Over 450 yards, even from the whites. At this point, the prospects of a birdie coming in are dim.

Panelist 3: The 15th remains the hardest hole. Errant drives leave little chance of reaching the heavily sloped and well-perched green. Despite its recent neutering, the slope on No. 15 make it the scariest two-putt. Five deserves an honorable mention for its acute premium it puts on hitting an accurate tee shot.

Panelist 4: The 16th, unless you stripe it down the middle.

What hole would you change/improve and how would you do it?

Panelist 1: The 18th is a bit of a downer, with big bunkers right and left off the tee and a relatively large, flattish green. Significant changes would require land from the Red Course but an angled drive would be preferred. For that matter, I prefer the closing hole on the Red Course to this one.

Panelist 2: The 18th. Almost out of character with the rest of the course. Tight driving area. In general, what I’d improve is the conditioning on the whole course. “Ragged” is the best word for the few times I’ve played it.

Panelist 3: Yep, 18 is the hands-down candidate. The obvious solution is to borrow some land from the Red Course, yet absent that, I’d lose the overdone Rees Jones pinch bunkering and move the green 40 yards to the right.

Panelist 4: See above. No drama on second shot and green is nondescript. 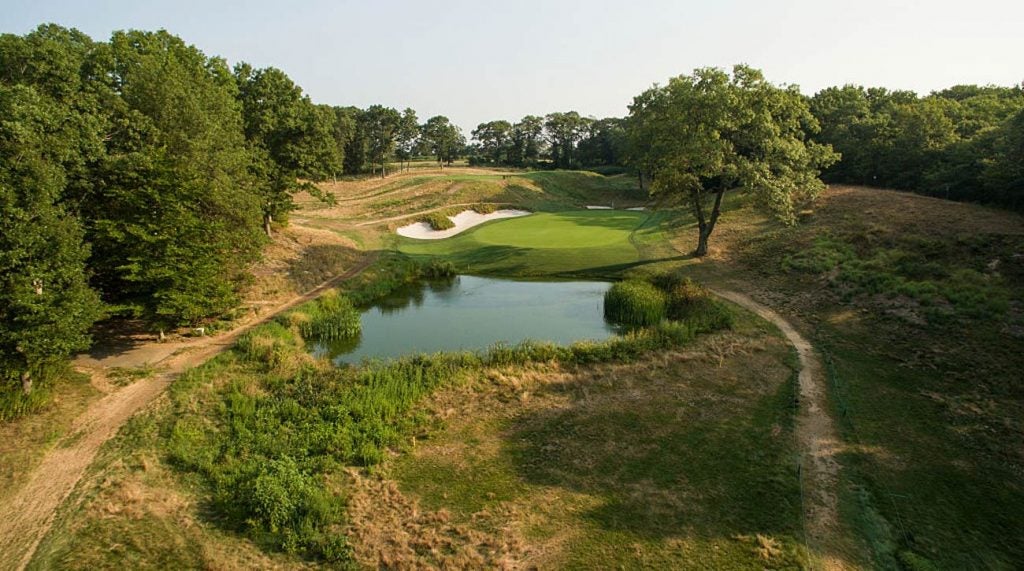 The Black Course was designed by A.W Tillinghast, one of the most prolific golf architects of all time. Give us your top 5 Tillinghast courses.

In terms of quality of design, please rank your top three public-access courses on the major rota in the United States?