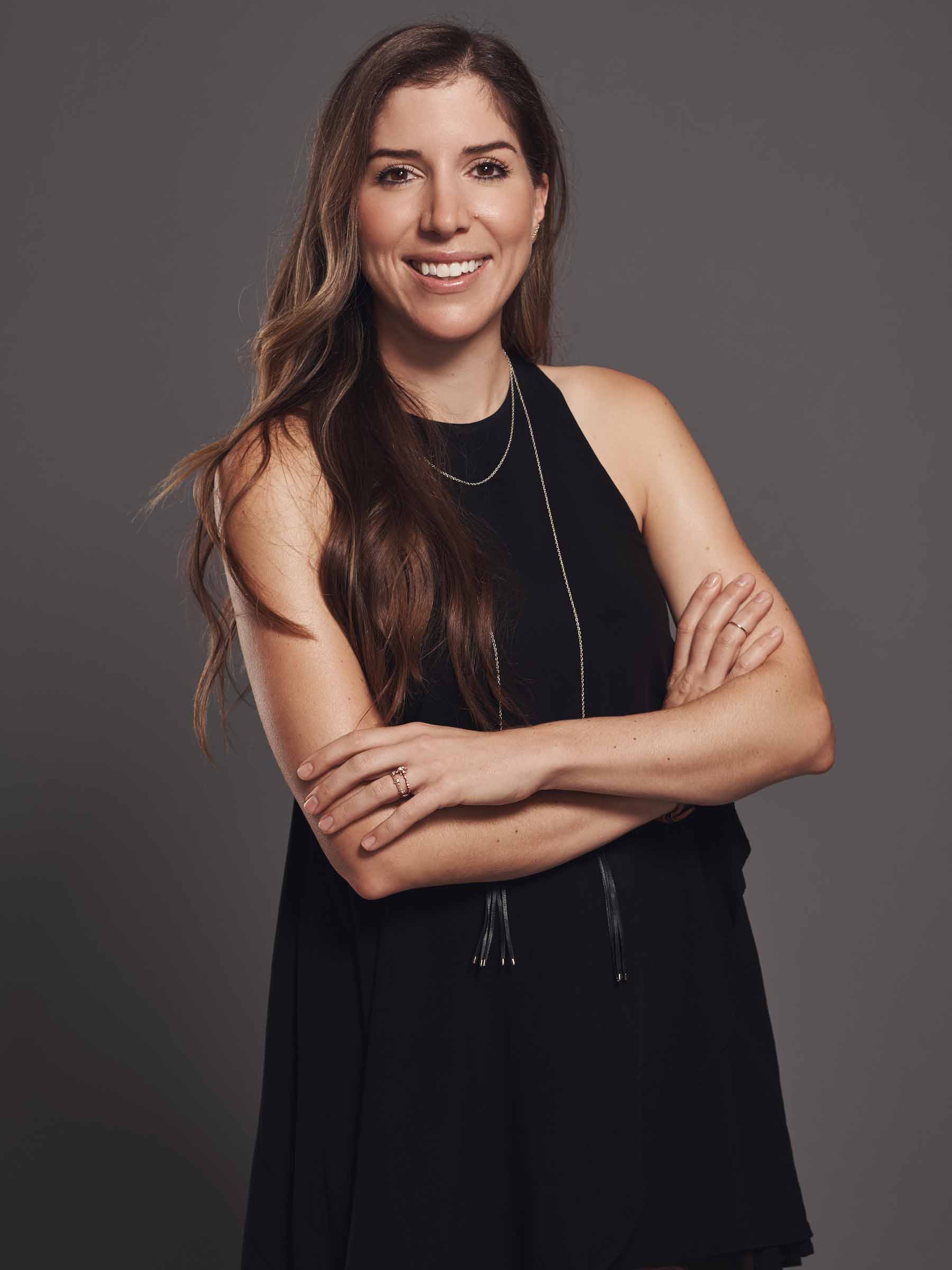 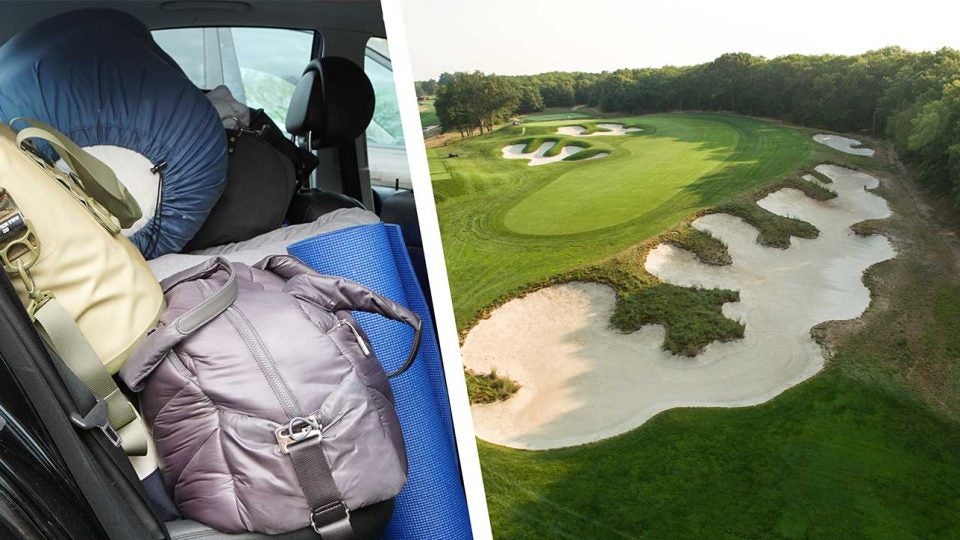 Sleeping in your car (left) will pay off big time when you hit the course the next day (right).

Sleeping in a parking lot to grab a tee time at Bethpage Black is a rite of passage for New York-area golfers. A badge of honor. A nod to the grit and tenacity required to tackle the course itself. Bunking in your vehicle, at what we campers affectionately call the “Bethpage Inn,” isn’t the only way to grab a tee time at the Black Course, but it is the only way to ensure an early sendoff. That’s because the first hour of Black tee times is reserved for overnighters, and once those times fill up, campers are slotted into a variety of unclaimed tee times throughout the day.

The process is easy — well, other than the sleeping part: cars with up to four people line up in numbered parking spots on a first-come, first-serve basis. The rules of the system are outlined on a billboard and dictate that the first car gets the first tee time of the morning, the second gets the second, and so on. These tee times are handed out by a State Park worker who knocks on your car window around 4:30 a.m. or 5 a.m. Last Friday-into-Saturday, I slept in my car for the chance to play the Black Course on the second-to-last day it was open to the public before shutting down to prepare for the 2019 PGA Championship. It was my third stay at the Bethpage Inn, and here’s what I’ve learned during my cumulative experiences. 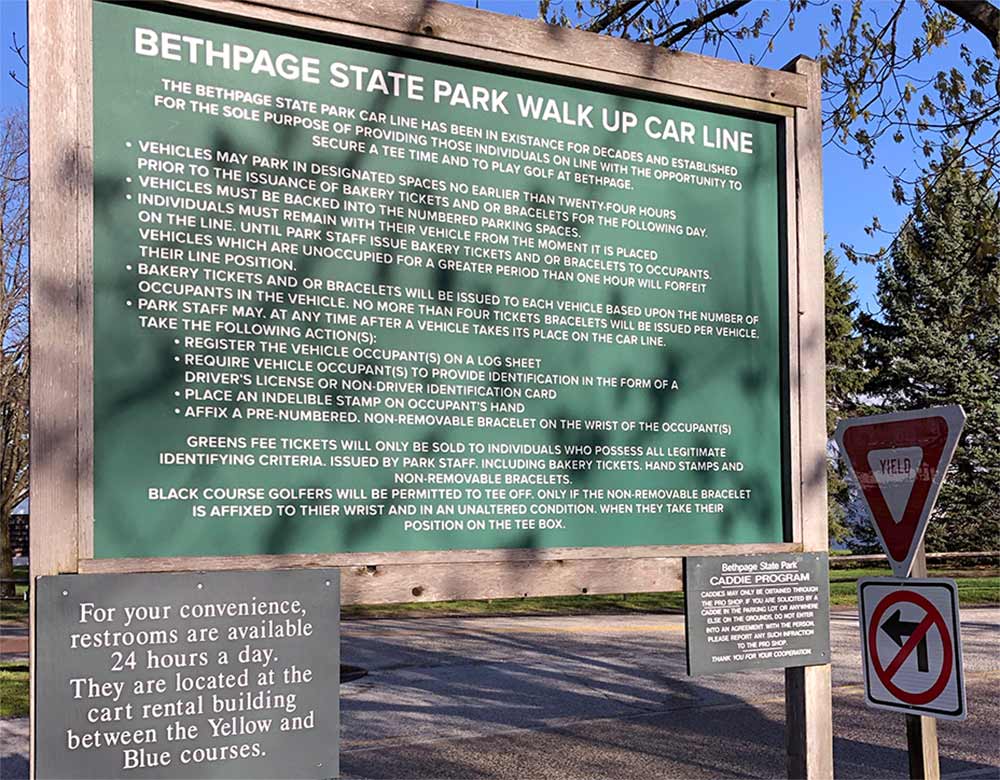 If you are going to camp out for a Bethpage tee time, you best mind the rules.
Ashley Mayo

You’re sleeping in your car for just one reason: to secure a tee time at Bethpage Black. Given you’re already dedicated to achieving this goal, and you know you’re going to punish your body while doing so, why not go the extra yard and get to the parking lot a few hours earlier than you think you should? If you want a guaranteed tee time with your entire crew, you should get to the parking lot by 7 p.m. the night before you want to play. I’ve found that it’s better to get four-to-six hours of not-so-quality sleep over getting to the parking lot at 2 a.m. or 3 a.m. (after having caught some zzz’s at home) and being too amped up to get any amount of shut-eye in your car.

Bring a yoga mat for each person who sleeps in your car. Laying them out across the seats mitigates the pain caused by the seat belt receivers. (You’re welcome.) 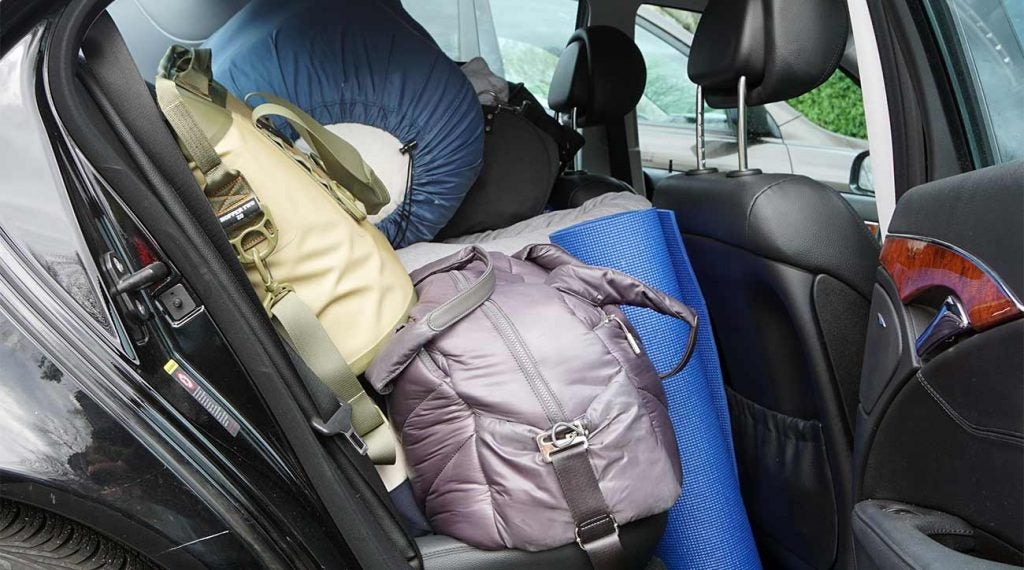 If you are staying overnight in your car, make sure to pack the essentials.
Ashley Mayo

3. Stock a cooler full of goodies

Getting four hours of sleep inside your car means you will undoubtedly feel somewhat miserable while tackling the already-difficult Bethpage Black. One thing you can do to mitigate that feeling is pack a cooler full of nutritional goods. We packed our Yeti cooler bag with water, almond-butter sandwiches, a bunch of easily peelable mandarins, a bag of mixed nuts, and cut-up fruit.

Keep in mind that you’ll be sleeping in a parking lot surrounded by golfers who will be overly excited to play Bethpage Black (and, potentially, overserved). Some of these golfers won’t sleep. Also, remember that your car windows aren’t noise-canceling and aren’t nearly as thick as the windows in your home. I used my white-noise app (it’s called simply “White Noise”) to drown out the noises that banged around us all night.

In previous years, after Bethpage campers had claimed their tee times at around 5:30 a.m., they had to drive to a nearby diner for breakfast, because at that hour the course café served just a limited continental breakfast. Last week I discovered that a remodeled restaurant at Bethpage now comes with a full-menu breakfast that begins at 6 a.m. Offering everything from omelettes to acai bowls to French toast, there’s something on that menu for everyone, and the cooks serve it up in a timely fashion. 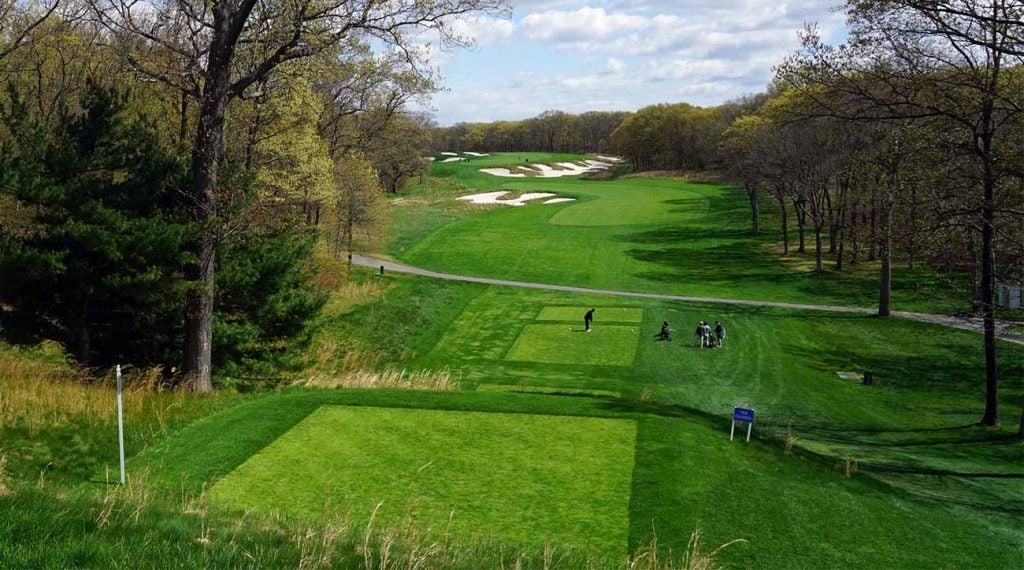 Once the sun comes up the countdown begins to a perfect day on the course.
Ashley Mayo

If you have a passport Equinox membership (I know I’m speaking to a limited audience here!), you should know that there’s a new Equinox just 10 minutes from the parking lot. Heading over there and taking a shower after breakfast was a game-changer. It almost made me feel as if I’d gotten a restful night of sleep.

For five bucks, you can rent a pull cart to take a load off your shoulders. Sleep deprivation will make Bethpage’s many hills feel more like mountains, so pulling your bag instead of schlepping it will feel like a blessing.

8. Mingle with your fellow golf nuts

The merry band of golfers who share the parking lot with you almost always have a cool story or two. Be sure to carve out some time to hang with them. After all, we campers all share a similar trait: an insatiable passion for the game. Oh, and heavy eyelids.