Showstoppers: 14 new (or renovated) layouts we can’t wait to check out in 2021 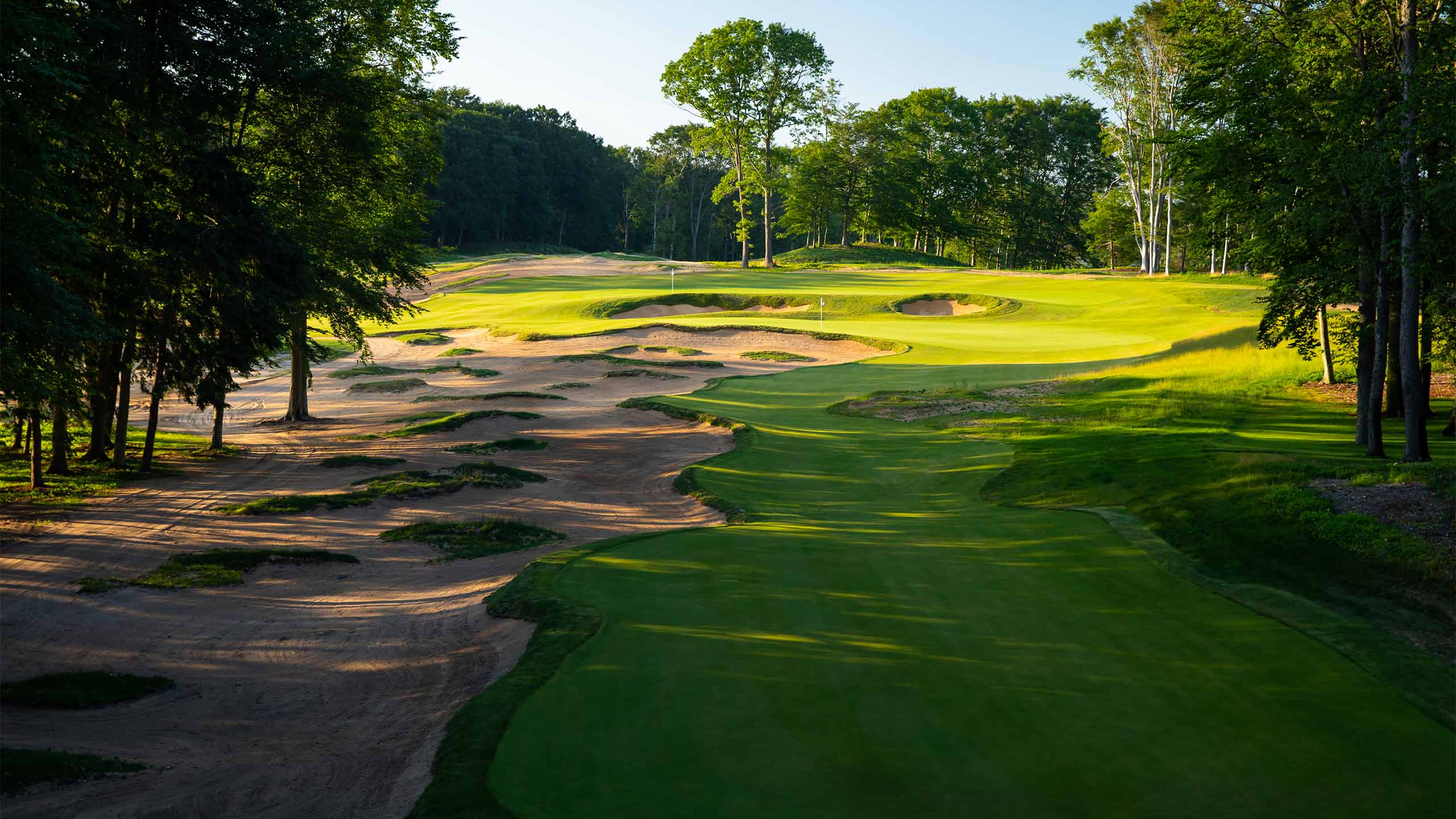 American Dunes, on the shores of Lake Michigan, will open in the spring.

Another calendar year is coming to an end. Out with the old, in with the new. As in, new (and newly renovated) courses. Here are 14 layouts we can’t wait to check out in 2021.

Books could be written — and, in fact, they have — on this historic club, which will add a major chapter to its annals in 2021. On top of celebrating its 125th anniversary, Baltusrol will also cut the ribbon on a Gil Hanse renovation of its vaunted Lower Course. Scheduled Opening: Spring.

Since its birth in 1924, this Devereux Emmet design has been tweaked to varying degrees by the likes of Donald Ross, Robert Trent Jones Sr. and Rees Jones. Now to the tee steps architect Andrew Green, charged with reviving the Golden Age features of a five-time major championship host. Scheduled Opening: Spring. France boasts a lengthy list of marquee courses, with another on the way, just outside Paris: a boldly bunkered, heathland-style Gil Hanse design that will be the younger sibling to Les Bordes’ Old Course, a masterful Robert von Hagge design. Scheduled Opening: Spring.

Brand new courses anywhere are hard to come by. Brand new links in Ireland are scarcer still. As for a brand new links in Ireland by the noted architect Tom Doak (his first design on the Emerald Isle), those are rarer than albatrosses. Built on seaside dunes, on behalf of the Rosapenna Hotel & Golf Resort, this distinctive destination will more than merit a trip across the pond. Scheduled Opening: Summer.

Many keen architectural eyes see shades of Seth Raynor in this beloved muni, all the more so in the wake of renovation work by architect Troy Miller. Officially, the course reopened just a few weeks ago, but given current travel limitations, 2021 should feel like the property’s coming-out party for golfers everywhere. Scheduled Opening: Now.

Set on sandy land along the shores of Lake Michigan, this Jack Nicklaus design will double as a patriotic tribute, with on-course and off-course memorials to American military service members — and all proceeds benefiting The Folds of Honor Foundation. Scheduled Opening: Spring.

Here’s Gil Hanse, describing his long-awaited collaboration with Jim Wagner on CapRock Ranch, a private course located in the same dunesy region of Nebraska that is already home to such acclaimed properties as the Prairie Club and Sand Hills. “I shouldn’t do this because I’ve never been there, but I’d like to liken it to Cape Kidnappers in New Zealand, with the dramatic sharp drop offs, and the sand underneath with ideal golfing contours.” Scheduled Opening: Summer.

Only nine holes of the renovated North Course are expected to be ready in 2021, with the second side slated for completion in 2022. But already there’s buzz about the latest improvements to one of the busiest (and some would say the best) municipal facilities in the Bay Area, thanks to a top-notch South Course that takes its cues from the firm, fast layouts of the Australian Sandbelt. Scheduled Opening: Summer.

Even as the leading groups pushed toward the clubhouse in the final round of the 2020 Memorial, work crews were tearing up turf behind them, part of an upgrade that will include the reworking of all the greens in advance of the 2021 event. Scheduled Opening: Spring.

“It is not an interpretation. It’s truly putting Raynor back on the ground.” So says Tom Marzolf, of Fazio Design, of his renovation work at this historic club, which set out to reclaim the essence of Seth Raynor’s original 1923 layout. The revived course was open for about a month in late 2020 but will hold it grand opening in June. Scheduled Opening: June.

Working over the footprint of a 1970s Ted Robinson layout, architect Andy Staples has fully reimagined the whole shebang, redoing all the greens and bunkers, adding width for more creative options, and inviting the ground game with firm, fast approaches and collection areas around the greens. Scheduled Opening: Spring.

This game-changing product is like having a professional caddie with you to read every green. Find the book for your course today.
Buy from Golf Logix
Pro shop