Yo, Gear Guy! Would a lighter driver shaft (like Tiger used at the Masters) help me hit it farther?

Welcome to another edition of Yo, Gear Guy!, an interactive GOLF.com series in which our resident dimplehead (a.k.a., GOLF’s deputy editor of equipment, Mike Chwasky) fields your hard-hitting questions about clubs, fittings, gadgets, bounce, lofts, CG, MOI, and a bunch of other scary acronyms. This week he takes your questions on driver shafts, multi-material putter shafts and the right ball for your swing speed.

Otts92 on Instagram: Tiger supposedly used a lighter driver shaft to win the Masters. Would that help me drive it longer too?

You’re right, as reported by our own Jonathan Wall, Tiger did switch his wood shafts to lighter weight models (from 73g to 64g in his driver and from 83g to 73g in his 3-wood) right before The Players Championship. In Tiger’s case the reason for the change was pretty straightforward – as someone with a significant history of major injuries he’s interested in doing anything to help take the strain off his body. He also probably wants more speed and distance off the tee. 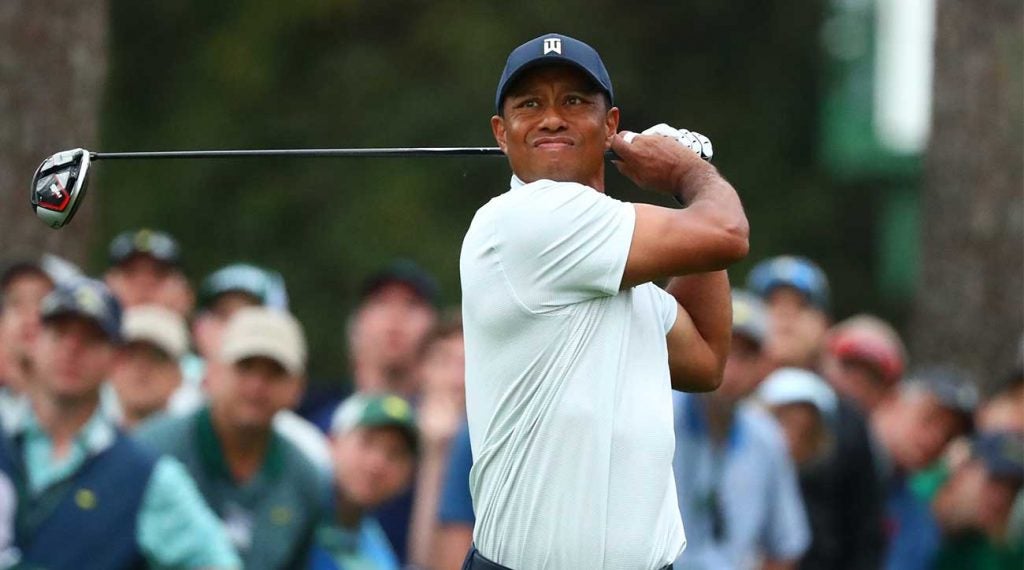 Tiger Woods tees off during the second round of the 2019 Masters.
USA Today

Though I don’t have Tiger’s digits and can’t text him to ask, I’d venture a guess that the main reason for the lighter shafts is to minimize strain and help him swing faster with less effort for a longer period of time. If you saw his post-Masters interview you might have noticed that he complained of being sore and guaranteed that he wasn’t hitting any golf balls the next day, which is pretty telling. Beyond Tiger’s story I can tell you from personal experience working with top-notch fitters that lighter shafts don’t necessarily help produce more distance and sometimes can actually cost you if they’re too light. In my case I’ve also had some back injuries and have experimented with driver shafts in the 50g and 60g range and found almost no difference in speed or distance.

However, I have found that my injuries bother me less with a lighter shaft and I feel less fatigued later in the round. So if you’re simply interested in driving it longer, a lighter shaft might not be the answer, but it very well could help you if you want to practice longer or put less strain on your body during the course of a round.

Crange21 on Instagram: I noticed both Francesco Molinari and Phil Mickelson were using multi-material shafts in their putters during the Masters. Do they actually do anything?

What you’re referring to in those cases are Odyssey’s Stroke Lab putters — Molinari’s was an Odyssey Toulon Design; Xander Schauffele also used one — which utilize a lightweight, multi-material shaft (approximately 40g less than standard) with a steel tip and composite body. The weight saved through the shaft design is placed in the sole (about 10g) via a couple of weights and also in the grip end of the shaft (about 30g).

According to Callaway’s research, this counterweighted design with a lightweight shaft and grip promotes more consistency in a number of elements in the putting stroke, including face angle at impact, putt direction, ball speed and consistency of stroke time. The unique weighting design is also said to improve feel and distance control.

In Molinari’s case, he was previously using a Bettinardi putter with standard weighting and shaft, and in Phil’s case he was using an Odyssey Versa putter with a standard shaft. Both players appear to be reaping the benefits of improved rhythm and distance, and Schauffele also seems to be putting well. Though this is a relatively small statistical set I’ve personally experimented with Odyssey’s Stroke Lab putters and found there’s definitely something different going on. Barney Adams’ company Breakthrough Golf Technology also offers a competitive Stability putter shaft that I plan on experimenting with soon, and others are on the way. It’s a technology that’s definitely worth keeping an eye on, particularly if you struggle on the greens.

Red69 on Instagram: Tiger won the Masters with Bridgestone’s Tour B XS, which is recommended for swings over 105 mph. Can I play it at 90 mph or will I lose distance?

Yes, Tiger prefers the Tour B XS, which is a softer and slightly spinnier version of the Tour B X. Bridgestone rates those two models for driver speeds of 105 mph or higher while they recommend the Tour B RX or RXS — lower compression versions with the same urethane cover and construction — for players under the 105-mph mark who want a Tour model. While there are some that adhere to these guidelines there are at least as many ball manufacturers and fitters who say swing speed has very little to do with finding the right model for your game, and I tend to agree with the latter.

The fact is there just isn’t one parameter you can rely on to pick the right golf ball, and even if distance is your main objective using a lower compression model isn’t always a sure bet. Launch angle, spin rate, and ball speed all contribute to distance, and for all you or I know Tiger’s Tour B XS might fit your swing extremely well, while one of the models they recommend for moderate swing speeds might not.

Another thing to keep in mind is why some companies recommend softer compression models for moderate swingers – because they’re more forgiving on mis-hits. Though this fact isn’t that well publicized, the reality is a softer compression ball doesn’t require as clean or authoritative a strike to provide solid launch and distance as a higher compression model typically does. So if you don’t compress the ball consistently at impact a softer ball can yield better results. It’s up to you to experiment and hopefully get on a launch monitor to check your results, but I wouldn’t go by manufacturer recommendations, personally. 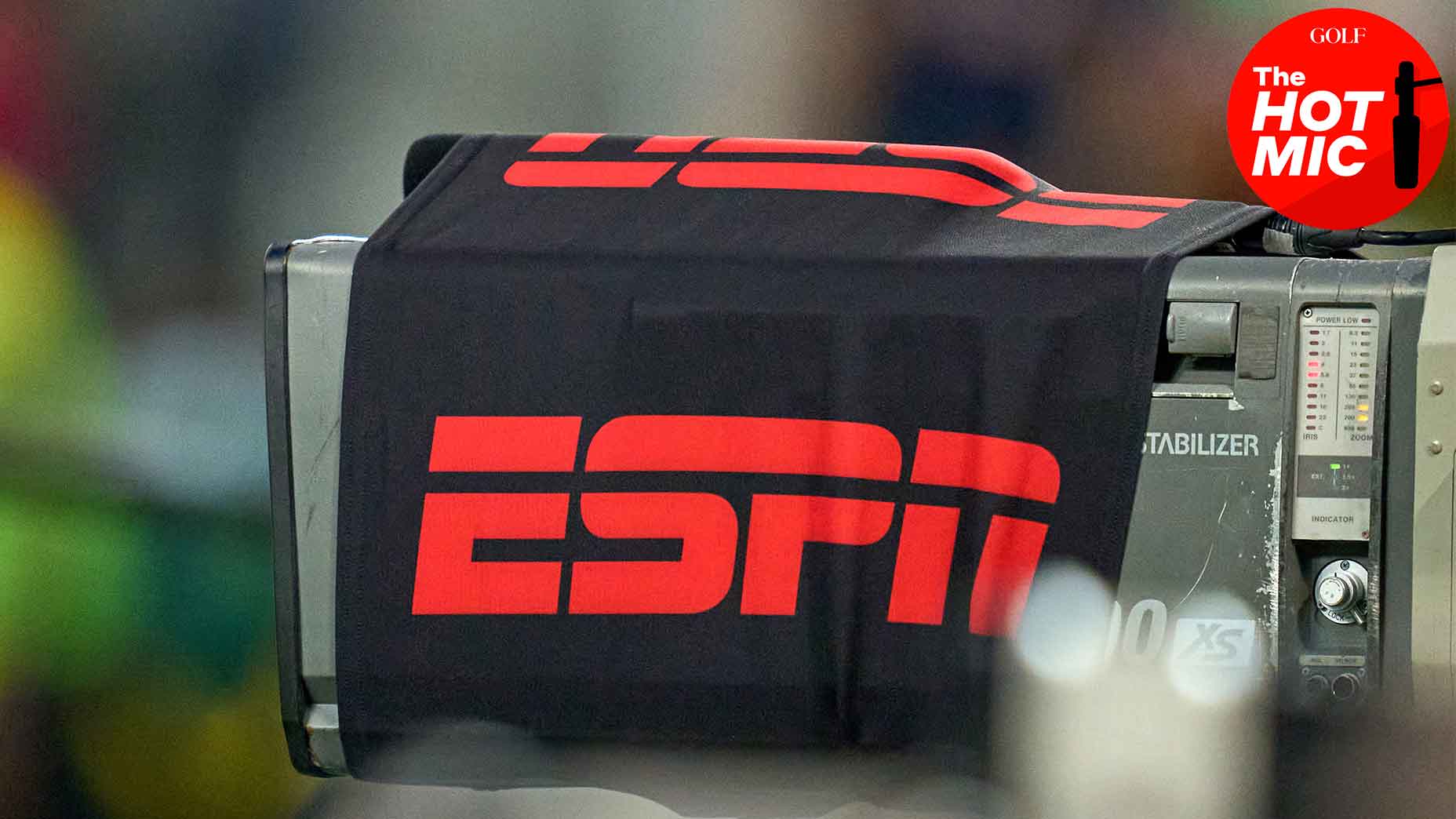