Do you have the worst golf swing in America? Here’s how to find out 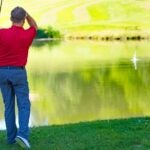 Wondering if you have the worst golf swing in America? Now you can find out.

Max Homa and Charles Barkley are trying to find out who that person is.

In a quirky digital-age collaboration, Homa, the two-time Tour winner and Twitter darling, and Barkley, the NBA legend and former golf-world laughingstock, have teamed up to serve as judges in an online competition.

The winner will earn the dubious distinction of having “the worst golf swing in America.”

Entering the contest is much simpler than getting good at golf. Just post a video of your swing on Instagram, Facebook or Twitter, along with the hashtags #SwingIntoAleveX and #sweepstakes. (Bayer, the company that makes the pain-reliever Aleve, is sponsoring the whole to-do).

Time was when Barkley would have been a shoo in for the worst-swing title, thanks to a hitchy move that had more stops and starts than a traffic jam.

But Sir Charles is much improved of late, and he’s says he’s confident that at this point, “someone’s got to be worse than me.”

On the course, as on the court, Barkley is known for speaking frankly.

The winner of the contest will be treated to a live online chat with both Homa and Barkley, who promise to deliver a friendly ribbing.

The deadline to enter the contest is Wed. Aug 18 at 11:59 EST. For additional details, click here. And to get a sense of your competition, check out the following swing submissions.

Surely, you can do better. Or, rather, worse.

Check out our selection of game-improvement gear