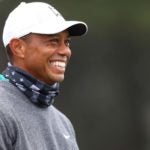 Tiger Woods is searching for major championship No. 16.

No matter the storylines going into a major, if Tiger Woods is playing, he and his game will always be the biggest talking point of the week. Bryson DeChambeau might be in the process of changing golf, but Woods will forever and always be the barometer of the sport.

Heading into the first major of the year, it’s no surprise that Woods is the focal point of a number of storylines; the biggest of which being, what are his chances of winning this week at a chilly TPC Harding Park? According to Colt Knost on this week’s episode of GOLF’s Subpar, he’s bullish on the prospect of Woods’ winning No. 16 this week.

Knost noted that a big factor working in Woods’ favor is his past success at TPC Harding Park. He won at the track at the 2005 WGC-American Express, a week in which he didn’t fire a score higher than 68, and he went 5-0-0 during the 2009 Presidents Cup on the same course. And with it being a municipal course, the greens don’t have as many dramatic slopes as some other courses on Tour, which gives Woods a better chance to utilize his putting mastery and rack up the birdies.

“It sets up very very well for Tiger, in my opinion,” Knost said. “It’s just about whether or not he has any form at all.”

He did note, however, like many in golf media this week, that Woods’ chances are contingent on the weather. If the temperatures stay low and his back balks in any way, it could be a short week for the 15-time major winner.

“It just kind of depends on if the fog rolls in and if there’s any wind,” Knost said. “If the winds up it’s going to be chilly … I’m excited to see what he can bring to the table this week.”

No matter what happens, one thing is certain: Woods will be the talk of the week in San Francisco. Check out the entire episode of Subpar below as Knost and Stoltz discuss the difficulty of TPC Harding Park, Jordan Spieth’s grand slam chances and more.