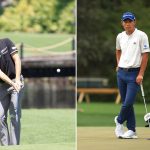 Young players bursting onto the Tour and competing immediately is becoming more and more common, but what's their secret?

The youth movement on the PGA Tour has arrived. The trio of Matthew Wolff, Collin Morikawa and Viktor Hovland burst onto the scene two summers ago, and now the likes of Scottie Scheffler and Will Zalatoris are getting in the mix as well.

Scheffler is the reigning Tour rookie of the year, while Zalatoris made his grand entrance onto the national stage last week at the Masters as he came out of nowhere to finish second in his first appearance at Augusta National. Among those five — not to mention others in their early 20s like Joaquín Niemann and Sungjae Im — professional golf is seeing a trend of young players arriving on Tour and being prepared to compete immediately.

Young players playing well early in their careers isn’t especially rare in a vacuum (Jordan Spieth’s and Tiger Woods’ early career dominance comes to mind), but it is striking to see the number of young, pro-ready golfers coming through the ranks these days. Whereas once rookies and sophomores contending in majors was rare, now it is becoming far more common.

But why is that the case? Although there is no clear answer, many people have their theories.

“I think there’s more information for these young guys than we’ve ever had,” Webb Simpson said at this week’s RBC Heritage. “You have DECADE golf from Scott Fawcett, you have TrackMan, you have Foresight, all these tools and technology to help these high schoolers and college players get better, hit it further. We know in golf why shots go left and right or left to right and right to left more than we’ve ever known.”

Simpson also believes young players are able to take advantage of this information better than players have been able to in the past. He made note of Morikawa, who is already ranked No. 4 in the world and has won the PGA Championship and a World Golf Championship in his young career.

“He plays and acts like he’s a veteran,” Simpson said. “They’re certainly way ahead of where I was, for sure.”

The access to technology that allows players ease in watching golf is another theory Simpson presented. With golf on screens at a moment’s notice, it is easier to dissect courses even when you’ve never played there before.

“There’s more golf for them to watch,” he said. “You have PGA Tour app, you have ShotLink, so I think in college they’re able to see how we play golf courses. You can look up what guys did on the 15th hole here, the par-5, last year. We know where most of the birdies are being made, and even in that, where guys are laying up.

“They’re used to understanding golf courses more,” he continued. “They’ve paid more attention to how we’re playing. I just watched Sunday golf when I was in college and they were just showing the best players making putts and stuff, but I think they’re probably doing more work looking at where we’re hitting it, what clubs we’re hitting. I think they’re more prepared in that regard.”