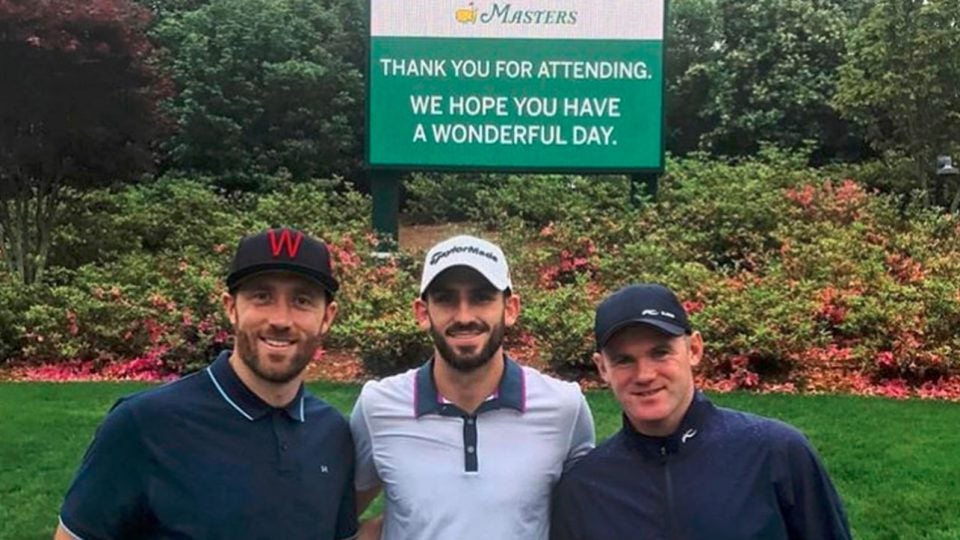 D.C. United star Wayne Rooney with his teammates at the 2019 Masters.
@waynerooney on Instagram

Tiger Woods’ win at the 2019 Masters is the type of historic sports event that everyone will claim to have witnessed in person before long. English soccer legend Wayne Rooney witnessed it for real, but he had to endure an epic early-morning journey to make it happen.

According to the Washington Post, Rooney, who currently plays for MLS team D.C. United, had a plan to make it to Augusta Sunday afternoon to catch Tiger attempt to win his 15th Masters title. He secured tickets for himself and two of his D.C. United teammates by way of his friend and Masters competitor Rory McIlroy.

But there were two complications trying to thwart Rooney’s best-laid plans. First, D.C. United had a game Saturday night in Colorado against the Colorado Rapids. That meant the athletes would have to sacrifice some sleep to get to Augusta in time, but since they had an off day on Sunday, it was very doable.

That is until complication No. 2 presented itself. Thunderstorms were forecast for Sunday afternoon in Augusta, which forced Augusta National officials to move the final round tee times way up to beat the storm. Instead of teeing off at 2 or 3 pm, Tiger now had a 9:20 a.m. ET tee time.

After debating in their hotel room late Saturday night following their win over Colorado, Rooney and his teammates decided to attempt the trek anyway. Little did they know just what it would entail.

Their first flight, from Denver to Charlotte at 1 a.m., was delayed, which meant once they arrived in North Carolina they would have missed their connection. No matter, the three players hopped on a 5 a.m. flight to Charlotte instead. Then, they hired a driver to take them all the way from Charlotte to Magnolia Lane.

“The drive seemed like it was forever,” Rooney told the Post. In actuality it took four to five hours for the soccer players to make their way down south.

But it all paid off. Rooney and his compatriots arrived at Augusta National just in time to catch Tiger’s final four holes.

Unbelievable day at @themasters. Honour to watch @tigerwoods back to his best ⛳️🏆

“For the three of us to go through the ups and downs of those 24 hours was insane,” goalkeeper Chris Seitz said.

But was all the hassle really worthwhile? According to Rooney, absolutely.