Tiger Woods winning the 2019 Masters will forever be a moment, not just in sports memory, but in history at large. It will stir discussions for decades to come of, “Where were you when?” For basketball icon Michael Jordan, it was a Masters watch party with Luke Donald.

Yes, you read that correctly — Jordan is buddies with Donald, former No. 1 player in the world. The basketball great discussed watching the action with The Athletic’s David Aldridge, even calling it “the greatest comeback I’ve ever seen.”

Jordan is no stranger to big golf moments, nor is he a stranger to athletic comebacks. As the action played out on Augusta National’s back nine, Jordan thought Woods’ advantage was clear. 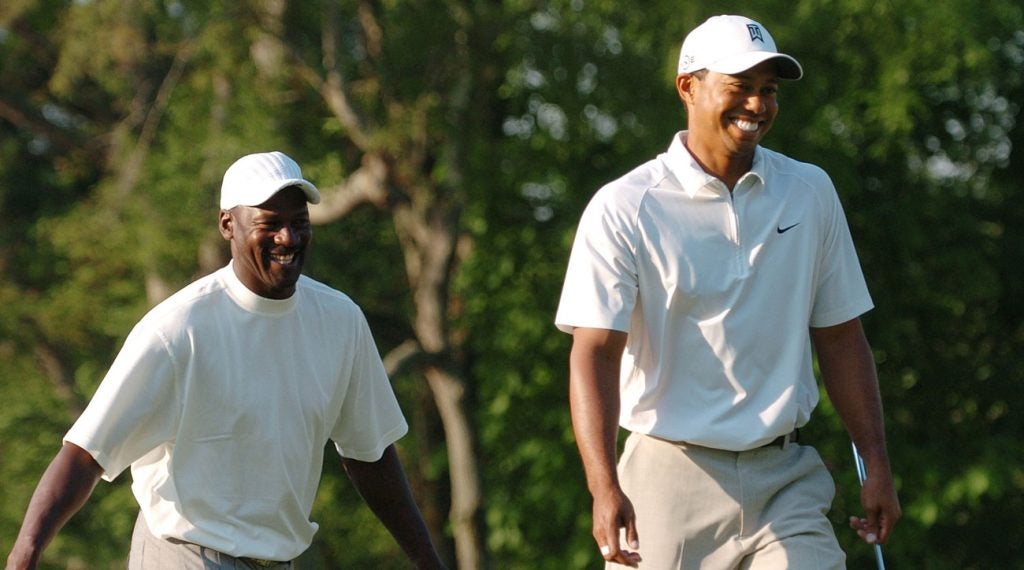 Michael Jordan and Tiger Woods once teamed up at the 2007 Wachovia Challenge.
Getty Images

Woods figured it out alright. He was tied for the lead after the 12th hole and birdied 13, 15 and 16. Only on the 18th hole did he make a bogey, but by then he had already built a two-stroke lead.

Jordan and Woods have had a long relationship, both being Nike athletes and rising to stardom in the 90s. They’ve even played together in a PGA Tour pro-am back in 2007. As you can see in the article, Jordan is rather stunned at Woods’ return to dominance, and he only sees a brighter future.

“They (Woods’ tour opponents) got problems,” Jordan told Aldridge. “His confidence is only going to build from here. The unknown is the biggest thing. You don’t know what Tiger’s capable of doing. He’s won a tour event, he’s won the Masters, he’s won a major.”