Q&A: Tony Jacklin on his new novel, getting into book writing, the state of British golf, and more 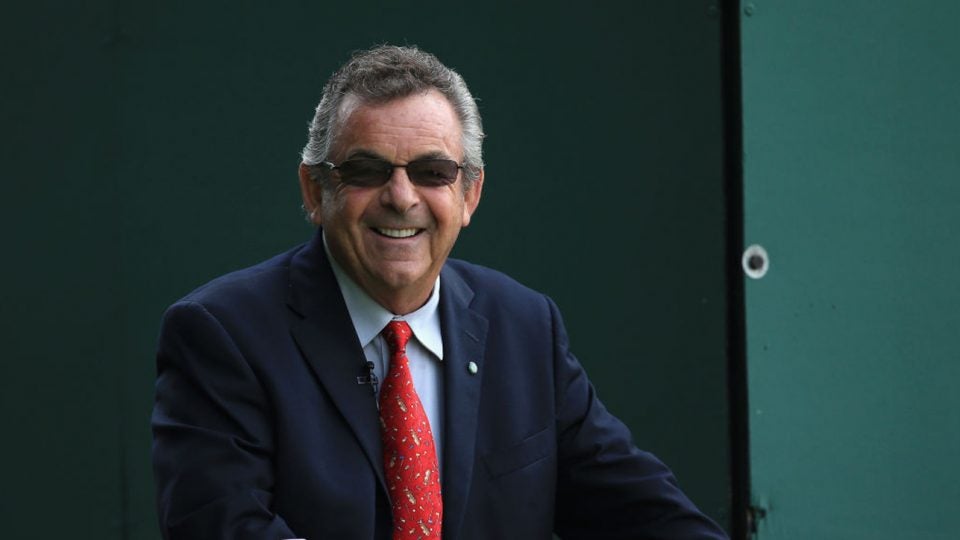 British golfer Tony Jacklin had a tremendous career. Over the course of his career, Jacklin accumulated two major championships at the 1969 British Open and 1970 U.S. Open, two Ryder Cup victories as captain of the European team in 1985 and 1987, and 30 professional wins. As a result, Jacklin finds himself in the World Golf Hall of Fame.

But the 74-year-old Jacklin has now discovered a new passion: book writing and publishing. Last May, Jacklin and Shelby Yastrow released a golf legal novel called Bad Lies, which is about a successful pro golfer’s legal battle with a popular golf magazine over the publication’s coverage of the golfer that he and his lawyer consider libelous.

We can’t spoil the whole plot, so you’ll have to go buy a copy to find out what happens. But Jacklin sat down with us to chat about his foray into book writing, how his most recent novel came together, his professional golf career, and much more.

News
‘Sergio made a fool of himself’: Tony Jacklin blasts Garcia’s ’embarrassing’ meltdown

How did the concept of this novel come together?

I was at the Ryder Cup in Hazeltine in 2016, and I was working with the haircut company Great Cuts. I had dinner with one of the directors, Shelby Yastrow, one night, and he was a former legal counsel for McDonalds. He started writing legal novels when he was on the road for his job. He had the outline of a novel that he’d done about golf and law, and he asked if I would like to look at it. I read through it and it was a terrific read. So I proceeded to make some contributions for the golfing aspects of it. It all went from there really. I was happy to get involved with it as it was a different direction and diversion for me.

How did you become originally involved in book publishing?

When I was younger, I was approached after I won my major championships by publishing houses to do books. I was busy playing golf and I didn’t know much about it at the time. When I was playing my best golf, I did a number of instructional books. I’ve done books like autobiographies and that sort of thing too. It was fun to do. In those days, you had to supplement your income. We weren’t making as much as these pros are making today. So from a financial point of view, it made sense.

How did you view the media that reported on and covered you during your pro career on Tour?

I had to deal with a lot of the paparazzi growing up and playing in England, which wasn’t easy. When I had won my two major championships, I was fodder for the press who weren’t always honest about what they wrote. But when I moved to America full-time 25 years ago, it was somewhat of a relief not to have to deal with some of the stuff that got written about me. I wasn’t really looking for publicity. I just wanted to be successful at what I did. But if you’re in England and you’re a celebrity, you’re part of that group which gets written about and it’s not always good publicity. So this is one of the reasons why I was intrigued by helping write Bad Lies because I had experienced a lot of that in my early days.

Do you think that coverage of pro golfers today is very similar to how it was when you were playing?

I think it’s similar. When I was younger, you had to figure out who you could trust. In England, many papers would write any kind of stories on a daily basis. They would be looking for the sensational stories. However, for some other newspapers, you could rely on a correspondent to stick to golf. I suspect it’s the same over there because the pro golfers get so much more attention now. But unlike today, we couldn’t get on television back 50 years ago. You’re watching golf from all over the world now. Obviously there’s thousands of times more money in it, and these interviews are all polished contractual obligations of the players as well. So it’s similar in the sense that you’ve got certain corners of the media looking for dirt on the players or to dig into some of the family stuff, and you got others that just stick to the golf.

What has changed the most to the game of golf since you were a Tour pro?

The money. When I won the British Masters in 1967, I won a thousand pounds. These guys are winning $1.2 million or whatever it is every weekend. That’s 120,000 times more than I won. You can’t even compare it. When I won my two majors, I had a contract with Dunlop for ten thousand pounds. These guys wouldn’t cross the road for 10,000 pounds today. You win a tournament on a main Tour today and you’re a millionaire. We certainly never felt like we were ever close to being financially secure. We were chasing dollars all the time. It was the way it was. Everybody’s got four or five logos on their shirt or hat or wherever golf bag. It’s megabucks. That is by far and away the biggest difference, but not necessarily for the better in my opinion. I was born 50 years too soon.

What do you make of the new Rules of Golf since they were implemented at the start of the year?

It was pretty shocking to be able to come up with 20 new rules. I’ve been playing golf for sixty seven years now, and I’ve played more or less under the same rules the whole time. I don’t think dropping from the knee makes it any better than dropping from shoulder height. But I don’t think this game needs to be made easier for the professionals. I think putting with the flagstick in makes it easier for the pros. When I see somebody going into a hazard being able to ground a club when we’ve spent a lifetime having to keep the club in the air without touching the ground, some of these situations make it much easier for the touring pros. I think the jury’s still out, but there’s a lot of understandable disgruntlement. I’m just wondering how long it’ll take before the PGA Tour make their own rules.

What do you make of British golf now and is there one British golfer who stands out to you?

Justin Rose has established himself as a world force. He’s been a World No. 1, he’s won a major, and he’s in the midst of a very successful career. I think Tommy Fleetwood is gonna do well. He’s certainly gonna be a factor. We’re going to see him win in America in the not-too-distant future. I think he’s probably major championship material. Matt Wallace continues to be a force. Matthew Fitzpatrick doesn’t look like much, but he he gets it done with his wonderful putter. Paul Casey has played very consistently over the last four or five years. There’s a number of others on the periphery that’ll jump in I’m sure. British golf is in as good of shape as it’s been for some time. It’s in a good healthy state.

What do you expect to see next from Rory McIlroy?

I think we’re going to see him in the winner’s circle a lot in his thirties. Age isn’t even a factor. The fact that what he did when he was so young is amazing. I think he’s such a precocious talent and he’s been a great driver on the ball. If the putter gets going, he’s going to be unstoppable. He’s been up and around the top of the leaderboard in every tournament he’s played in this year. He just has to remain confident and patient because he’s as good as it gets.

What do you make of Padraig Harrington being named Europe’s Ryder Cup captain?

Padraig’s got vast experience and he’s had an amazing career. As a three-time major winner, he knows all the answers. And he’s got all these vice captains or helpers in case they need it. I never had the benefit of any of that. Padraig will do a great job. I think he’s just happy to be doing it.

What accomplishment are you most proud of from your career?

I’m very proud of my opportunity to captain four Ryder Cup teams, two of which we won. But I wouldn’t give my majors up for all the money. I’ve been very fortunate in my life that they happened.