Rory McIlroy stared down one of the hardest stretches in golf and came through it the 2019 Players champion.

McIlroy closed the final round of the Players with two birdies and two pars to sign for a two-under 70 and clip 48-year-old Jim Furyk by one. McIlroy finished 16 under overall to win for the first time since the 2018 Arnold Palmer Invitational.

McIlroy lost the lead at the TPC Sawgrass Stadium course with a bogey on 14, but a birdie on 15 gave him the share of the lead again. His tap-in birdie on the par-5 16th was all he needed to secure the win.

McIlroy has had a strong start to the 2018-19 PGA Tour season, finishing in the top six in his last five starts, but victories have been elusive of late. His win in Ponte Vedra was his first Players title and 15th PGA Tour victory. 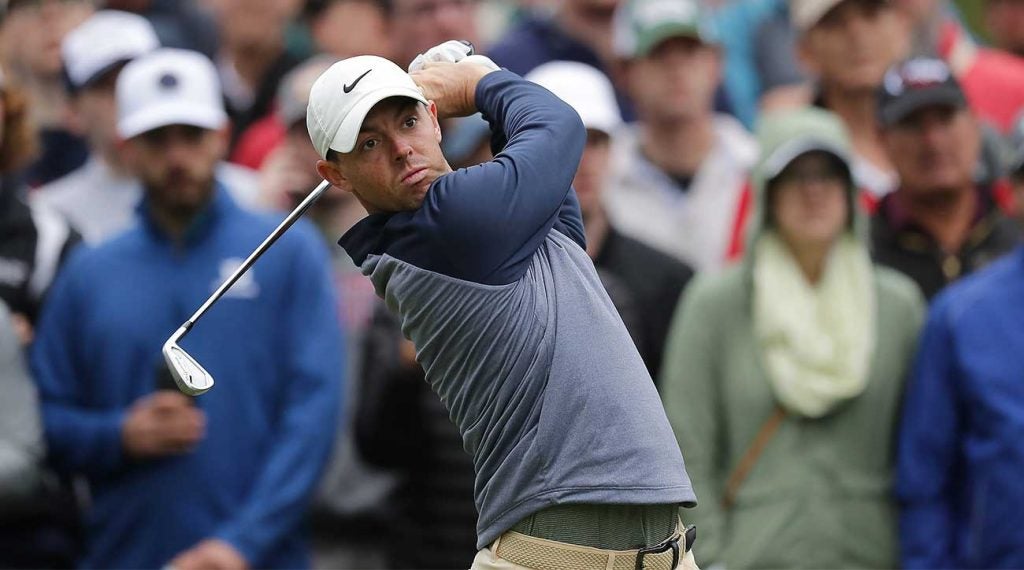 Rory McIlroy finished in a big way to claim the Players Championship on Sunday.
Getty Images

Pepperell and Vegas both signed for six-under 66s to take the clubhouse lead at 14 under as McIlroy hung on to a one-shot lead through 13 holes.

Pepperell and Vegas both produced highlights on the famed island-green 17th. Pepperell knocked in a 50-footer for birdie, only to be outdone by Vegas’ 70-foot birdie bomb. The putts propelled each of them to 14 under, and they both parred 18 and then waited in the clubhouse to see if 14 under would be good enough.

McIlory later missed a five-footer for par on 14, and suddenly there were five players tied at the top — Pepperell, Vegas, Furyk, McIlroy and Rahm — until Furyk hit his approach to the 18th.

McIlroy, coming off his bogey on 14, found a fairway bunker off the tee on 15, but hit the green from there and then poured in his birdie putt from 14 feet for a share of the lead. He then needed just a nine-iron from 178 yards for his second shot on the par-5 16th, leading to a two-putt birdie and the outright lead.

McIlroy hit the green on the knee-knocking par-3 17th and two-putted for par before closing it out with another two-putt par on 18.