‘Sergio made a fool of himself’: Tony Jacklin blasts Garcia’s ’embarrassing’ meltdown

Ryder Cup legend Tony Jacklin blasted Sergio Garcia’s meltdown at the Saudi International last week, saying that the 39-year-old Spaniard “made a fool of himself” at the European Tour event.

Garcia was disqualified from the Saudi Arabian-tournament for intentionally damaging five greens during his third round. Garcia was DQ’d under Rule 1.2a, which, according to the USGA, states “that players are expected to play in the spirit of the game by acting with integrity, showing consideration to others and taking good care of the course. It unequivocally states the Committee’s authority to disqualify a player for any serious misconduct that is contrary to the spirit of the game.”

The 2017 Masters champion reportedly damaged the greens by dragging the sole of his shoe across the top of the putting surface and left a divot mark on the 6th green. Despite the disqualification, Garcia reportedly was neither suspended for his actions nor forced to return part of his appearance fee.

While video footage of Garcia damaging the greens has not emerged, a video of him having a fit of rage in the bunker at the fourth hole went viral. Garcia took his wedge to the sand and tomahawked the surface four times in quick succession before uttering a string of curse words in Spanish on his way up to the green.

Despite being an admirer of Garcia throughout his career, Jacklin did not hold back in his rebuke of the Spaniard’s behavior last week.

“It was worthy of more than disqualification,” Jacklin said to the Daily Express. “I’d have banned him. Damaging greens on a golf course is an offence that deserves a suspension.”

The 74-year-old Jacklin, who helped Europe win two Ryder Cup titles during his captaincy, even suggested that Garcia take a leave from golf for his actions.

“The European Tour have said the incident is over and it’s time to move on,” Jacklin said. “Well, if he’s not going to be banned, then I’d like to see him take a self-imposed break from the game. I think he needs time to realise how fortunate he is, at 39, to have everything money can buy, a young family and everything to be grateful for.”

“To see his frustration spill over the way it did last week shows he’s not in a well-balanced state of mind,” Jacklin continued. “There seems to be an anger within him and golf is a game you can’t play angry. You can’t start hacking away at the course. It’s wrong from every single angle. If you are a golfer in the same group as Sergio when he’s doing that, it’s not something you want to be dealing with.” 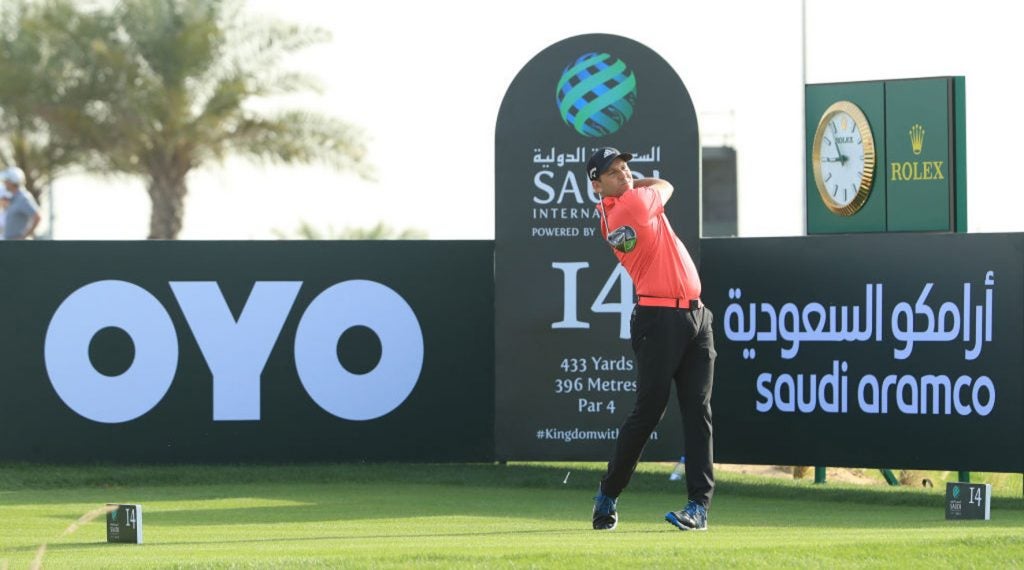 Sergio Garcia did not have a good time in Saudi Arabia last week.
Getty Images

“Seeing someone go off the way he did in Saudi is embarrassing,” Jacklin said. ““There’s a code of conduct he’s overstepped. It’s unacceptable.”