PGA Championship 2019: Meet the 20 club pros who qualified to play Bethpage this week

For the 20 club pros who punched a ticket to this year’s PGA Championship at Bethpage Black, the road to Farmingdale began last July with their respective section’s PGA Professional Championship.

The top qualifiers from those tournaments were then eligible to compete in the national PGA Professional Championship (PPC), which was played at Belfair in Bluffton, S.C. on April 28 – May 1.

Over 300 professionals from around the country vied for 20 coveted spots in the upcoming PGA Championship. Cuts were made after 36 and 54 holes. Four rounds were played in all, and the lucky 20 were set in stone after a lengthy playoff for the final spot.

Here are the 20 PGA professionals who will be teeing it up alongside the Tour players at Bethpage Black this week.

2. DANNY BALIN
Age: 37
Club: Fresh Meadow Country Club, Lake Success, N.Y.
Career highlights: Balin has six career top 10s on the PGA Tour Latinoamerica, and is playing in his sixth PGA Championship. He has yet to make the cut in one, but should be feeling pretty good about Bethpage — he’s won the New York State Open there twice. He’s also coming off a runner-up finish at the PPC. 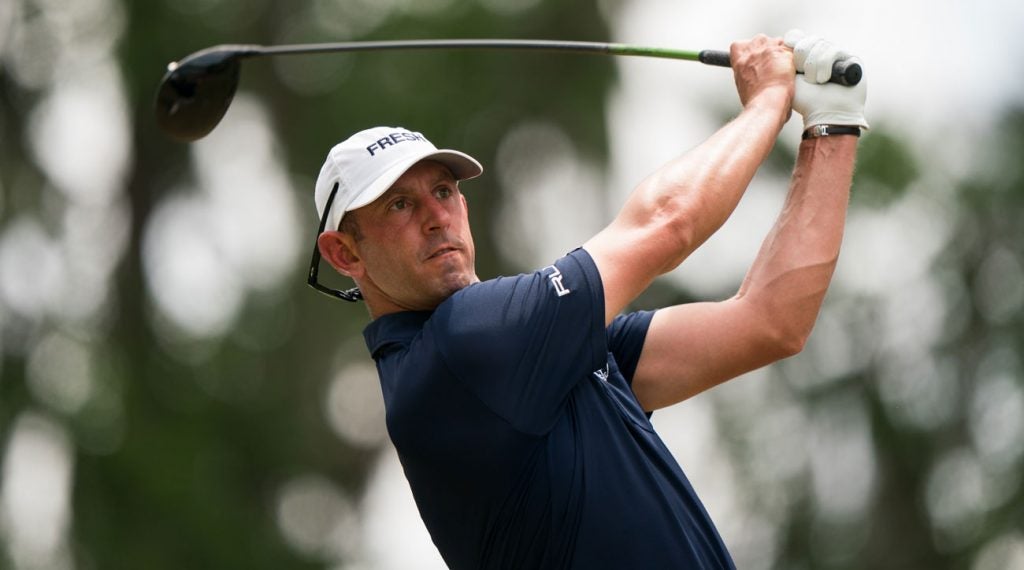 Danny Balin has plenty of competitive experience at Bethpage Black, having won two New York State Opens there in 2012 and 2013.
Courtesy of the PGA of America

9. MARTY JERTSON
Age: 38
Club: Ping Golf, Inc., Phoenix, Ariz
Career highlights: Jertson is the Director of Product Development for Ping and is credited with the design of the G30, Anser, i20, and i25 drivers. He’s playing his fourth PGA Championship.

12. RYAN VERMEER
Age: 41
Club: Happy Hollow Club, Omaha, Neb.
Career highlights: Vermeer won last year’s PPC and is playing in his third straight PGA Championship. He was the 2018 PGA Professional of the Year and has played 33 career events on the Web.com Tour.

13. ROB LABRITZ
Age: 47
Club: GlenArbor Golf Club, Bedford Hills, N.Y
Career highlights: Like Danny Balin, Labritz will be comfortable at Bethpage Black, having won the New York State Open there three times (2008, 2011, 2016). He’s playing in his sixth PGA Championship this week, and made the cut at Whistling Straits in 2010.

14. CRAIG BOWDEN
Age: 50
Club: N/A
Career highlights: Bowden has three career victories on the Web.com Tour and has made 150 starts on the PGA Tour. This year marks his second PGA Championship.

16. JOHN O’LEARY
Age: 44
Club: Trump National Golf Club Washington, Potomac Falls, Va.
Career highlights: O’Leary is playing in his first PGA Championship since 2007. He was the Mid-Atlantic Player of the Year in 2018.

20. TYLER HALL
Age: 37
Club: Upper Montclair Country Club, Clifton, N.J.
Career highlights: The University of Kansas alum played professionally for 11 years on numerous tours before pursuing a career as a club pro in 2014. Hall played in his first PPC this year and qualified for his first PGA Championship.