Masters 2019: How Patrick Reed’s family kept him calm before his Masters win 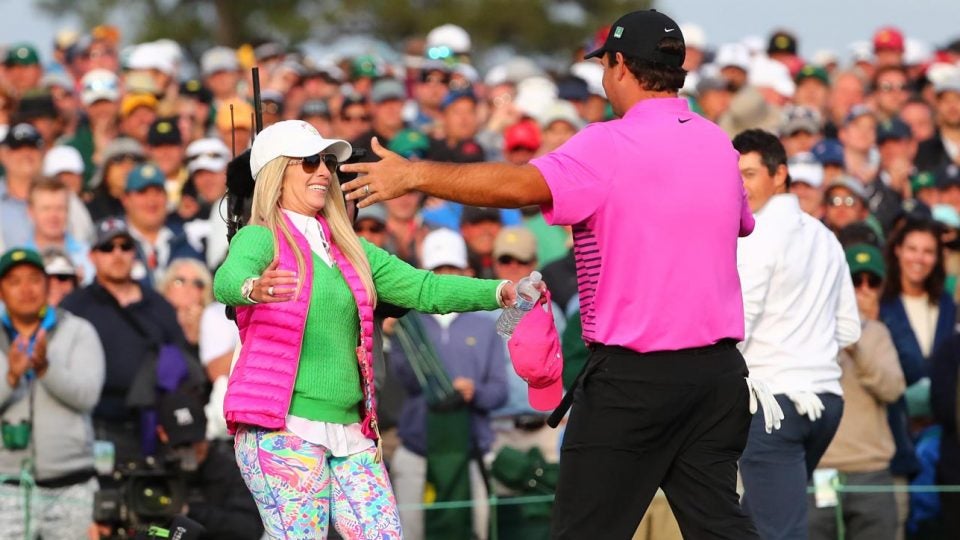 If there’s one experience most major winners share, it’s tossing and turning the night before their victorious final rounds. When that major is the Masters, the pressure is ratcheted up even more. But Patrick Reed is not like most major winners. He got his beauty rest last year and stayed calm enough on Sunday to win. What was the magic solution? Patrick Reed’s family.

On Tuesday at his pre-tournament press conference at Augusta National, the 2018 Masters champion explained that he certainly expected to lose sleep while sitting on a one-shot lead last year.

“You know, honestly, I thought I wasn’t going to sleep very well,” Reed said on Tuesday. “I’ve heard from the past from other champions and other golfers, that have always told me that whenever you have an opportunity to sleep on a lead going into a Sunday at a major, you’re going to have a rough night.”

Strangely, the exact opposite happened, and no one was more shocked then, well, Patrick Reed.

“Honestly, I was completely surprised. I slept so well. I slept like a baby that night.”

That surprisingly calm demeanor lasted all morning long, and you can thank Patrick Reed’s family for that, namely his wife, Justine, and their two young kids Windsor Wells and Barrett.

“When I woke up, the little ones were awake and I just basically hung out in my sweat pants and T shirt and kind of watched some TV with Windsor Wells and Baby Barrett, played with them a little bit and basically kept my mind off of golf as much as I could,” Reed says about the morning of the final round. “I didn’t want to burn any extra mental energy that I needed throughout the round and throughout the day.”

But the good vibes didn’t last forever. When he arrived at the first tee, 18 holes away from a Masters victory, the reality of the situation suddenly hit Reed, and he needed his caddie’s help to re-center himself.

Tournaments
Masters 2019: One year after his Masters victory, the joy is still missing for Patrick Reed

“I felt really calm throughout all warmups until I actually walked to the first tee. When I got to the first tee, I was like, oh, no, and I just kind of looked at my caddie and he went, don’t worry, I’m nervous, too. Let’s just get off the first tee and settle out and luckily I was able to do that.”

But the news surrounding Patrick Reed’s family has not all been good over the past year. Reed, who grew up in Augusta, is estranged from his mother and father. They do not have Patrick’s blessing to follow him at Tour events, though they have been known to do so in the past.

Winning back-to-back Masters titles will be a tall task for Reed. The last one to do it was one Tiger Woods, nearly 20 years ago. But anything can happen. Reed begins his title defense on Thursday.