It was a long, wet day in Dallas, where play was delayed for hours and the third round is unfortunately still incomplete.

Here’s everything you missed from Saturday’s action at the AT&T Byron Nelson.

Thunderstorms caused a six-hour delay in Dallas on Saturday, pushing the starting times from 9:04 a.m. local time to 3:04 p.m. Unfortunately, that meant that a significant portion of the field was not able to finish the third round before darkness resulted in play being called for the day. 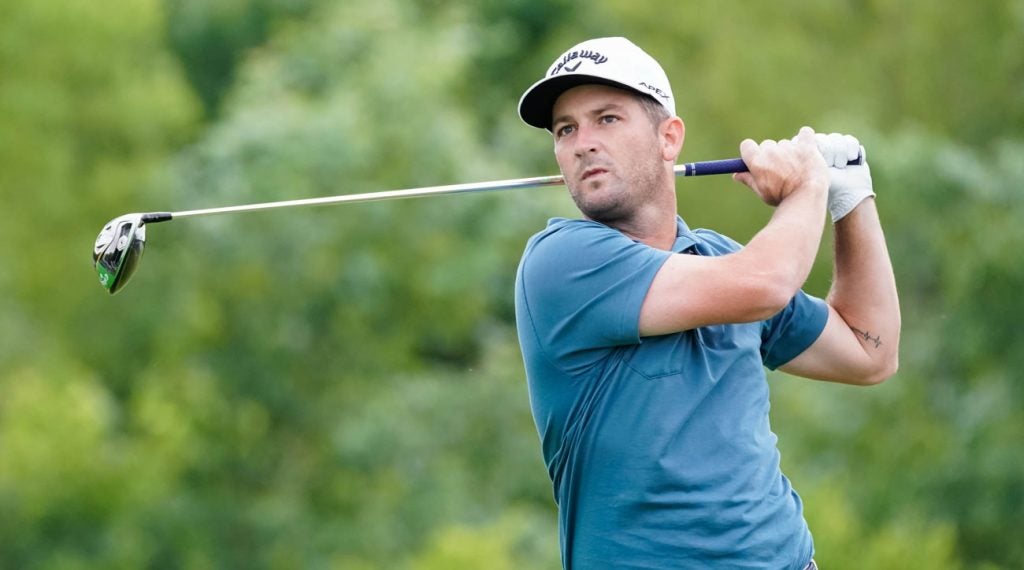 It would seem that no lead is safe on the PGA Tour these days. After firing a sizzling 61 on Friday (which tied the course record), Sung Kung was leading by four shots heading into Round 3. But his competitors continued the birdie barrage, especially Matt Every, who made the most significant statement thus far, going eagle-par-par-birdie-birdie-birdie (five under par) in his opening six holes, cutting Kang’s lead to a single shot. By the time he reached the ninth hole, Every was leading by one at 18 under par overall, after Kang bogeyed the par-3 8th.

Every has two career victories on the PGA Tour. His best finish this year is T3 at the Zurich Classic.

Trinity Forest has been yielding a lot of low scores thus far, but how about Nicholas Lindheim’s climb up the leaderboard?

The 34-year-old has one career top 10 on the PGA Tour, but is making a strong case to double that number this weekend. Lindheim has made nine birdies and no bogeys in 15 holes to launch himself 44 spots up the leaderboard into T7 at 12 under par overall. Now that’s what we call Moving Day.

Drivers
New adjustability in Ping’s G410 Plus driver was well worth the wait
And what about the tournament headliners?

Brooks Koepka isn’t swimming in red numbers like some of his peers in the third round. He’s currently one under par on the day through 10 holes, and 12 under par overall. That’s six shots back at the moment.