Tiger Woods’ recent Masters win after a 14-year drought at Augusta and 11 years after his U.S. Open victory at Torrey Pines has unleashed a new wave of Tiger Mania — even when it comes to Tour caddies.

Perhaps the upcoming major schedule has them feeling optimistic: Tiger now has 15 major titles on his resume, and will play Bethpage Black in next week’s PGA Championship and Pebble Beach in June’s U.S. Open — two venues where he has won major titles before.

Earlier this week, a man placed a $100,000 bet that Tiger would win the Grand Slam — a feat that has never been accomplished in the modern major era. Tiger Woods is the only person to have held all of the modern major titles at one time, though they were not all achieved in a calendar year. Hence, the nickname “Tiger Slam.”

If Woods manages to win the remaining three major championships this year, he would match Nicklaus’ record by July — an idea that was unheard of until Woods’ Masters victory set tongues wagging.

When asked whether Tiger will win again at either Bethpage or Pebble Beach, the caddies were split 50/50, but 78.6 percent believe his chances are better at Pebble than Bethpage. Though he has not teed it up competitively since the Masters, Tiger is the current betting favorite at Bethpage, with 8/1 odds. 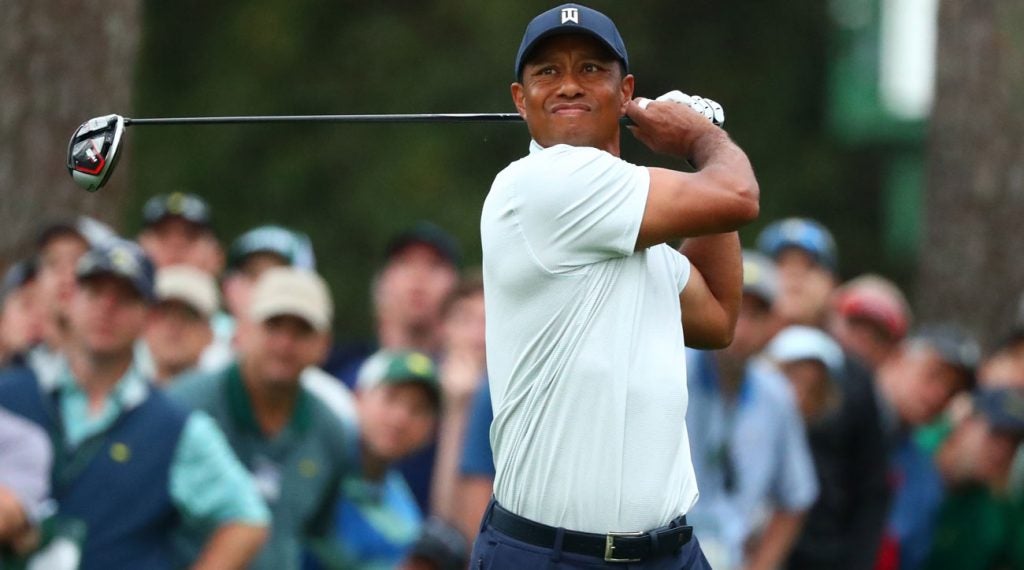 Even if not everyone is sold on Woods surpassing Nicklaus’ record, confidence is high that his Masters victory won’t be his final major. Nearly 80 percent of the caddie respondents believe Tiger will win two or three more majors before his career is complete.

The caddies even weighed in on the GOAT debate, with 71.4 percent casting a vote for Tiger and 26.8 percent selecting Nicklaus.

Fifty-six Tour caddies participated in the survey. You can read the full results here.