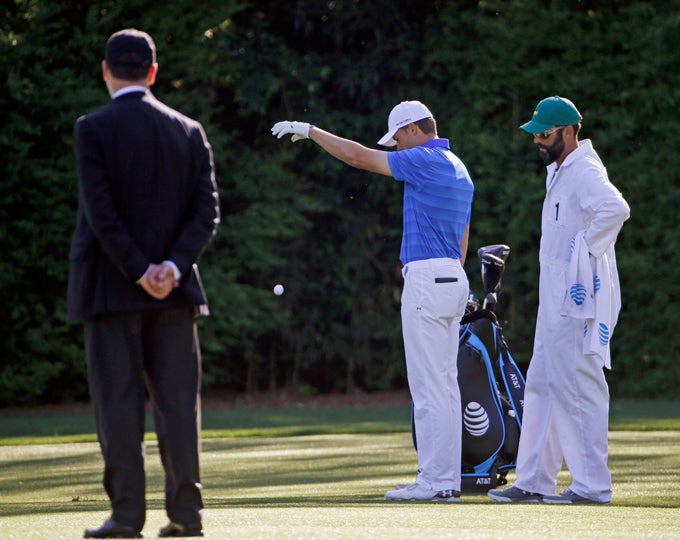 Jordan Spieth melted down at Amen Corner on Masters Sunday in 2016, clearing the path for Englishman Danny Willett to grab his first major victory. 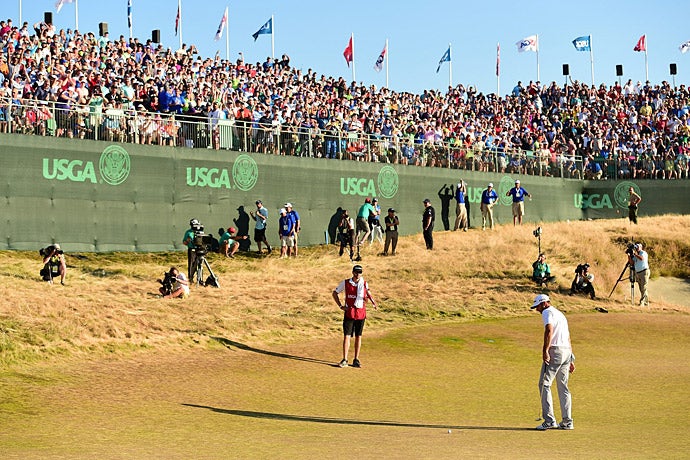 At Chambers Bay in 2015, Dustin Johnson was left with a 12-foot putt on the 72nd hole to win the U.S. Open. He missed it, then missed the three-foot comebacker that would have forced a playoff, handing Jordan Spieth the trophy. 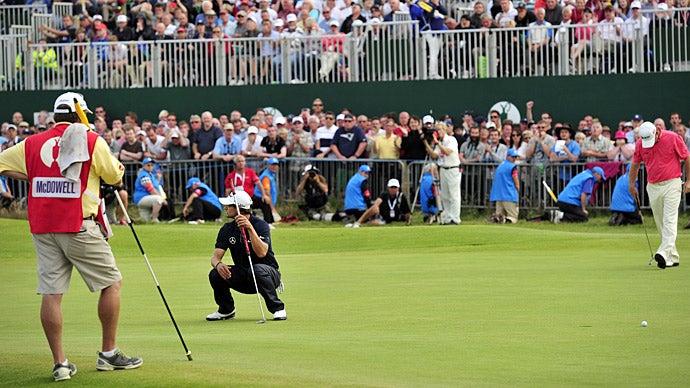 Scott led by four shots entering the final round at Royal Lytham and St. Annes and appeared ready to win his first career major championship. He also led by four shots with four holes to play, but then it happened: he closed with four straight bogeys, capped by a missed par putt on 18 (above) that would’ve gotten him into a playoff. Ernie Els shot a final-round 68 — including a birdie on 18 — to win by one shot. 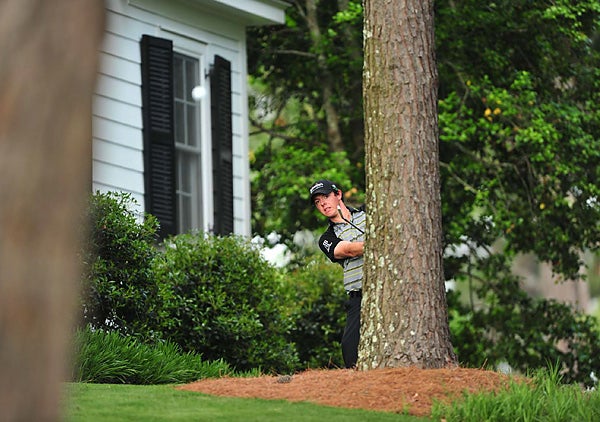 Trying to become the second youngest player to win the Masters, McIlroy’s four-shot lead at the start of the day quickly vanished, but he still went into the back nine tied for the lead. Then McIlroy tripled No. 10, four-putted for double bogey on No. 12, and when his tee shot found Rae’s Creek on 13, his hopes for a green jacket were over. 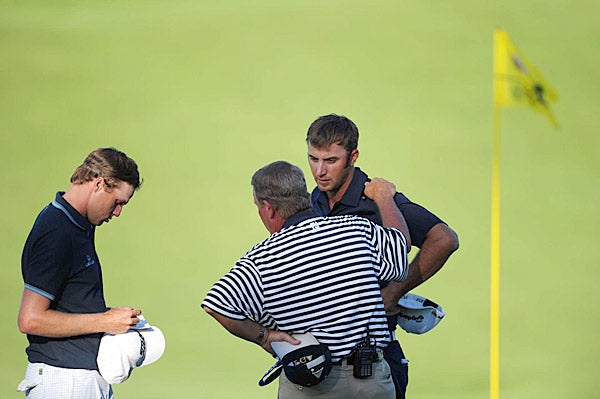 Needing a par on 18 to win his first major, Dustin Johnson failed to get up-and-down for the victory, but it seemed he still had a chance win in a playoff against Martin Kaymer and Bubba Watson. But Johnson never made the playoff. On his second shot, he had unknowingly grounded his club in a bunker and was penalized two strokes after his round. 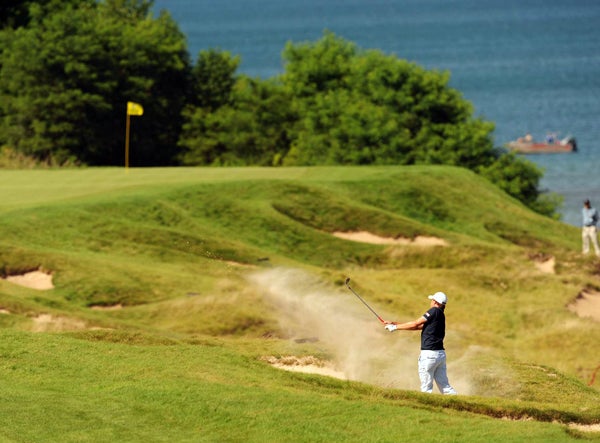 Watney started the day with a three-shot lead, but it didn’t take long for it to evaporate. He needed birdies on 16 and 17 to shoot an 81. 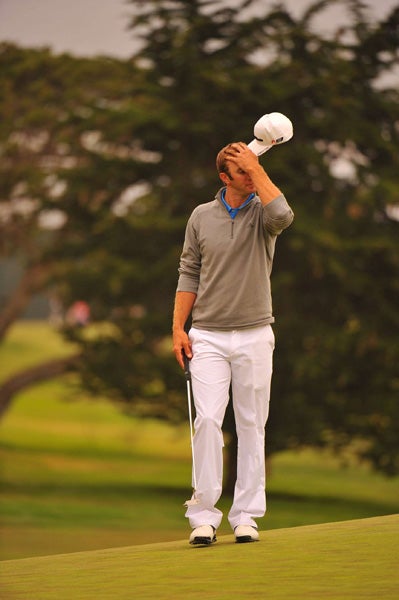 Starting the final round with a three-shot lead, Johnson, a two-time AT&T Pebble Beach winner, was in prime position to win his first major. But his chances ended quickly after a triple bogey on No. 2, followed by a double bogey on No. 3. Johnson shot an 82 to tie for eighth. 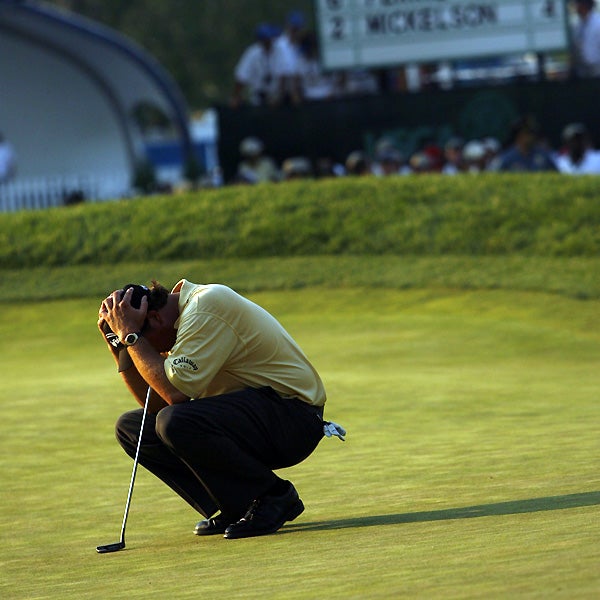 Standing on the 18th tee at the 2006 U.S. Open at Winged Foot, all Phil Mickelson needed was a par to win his first U.S. Open and third consecutive major. Instead, he made a double bogey to hand the trophy to Geoff Ogilvy. Afterward, Mickelson said, “I’m such an idiot.” 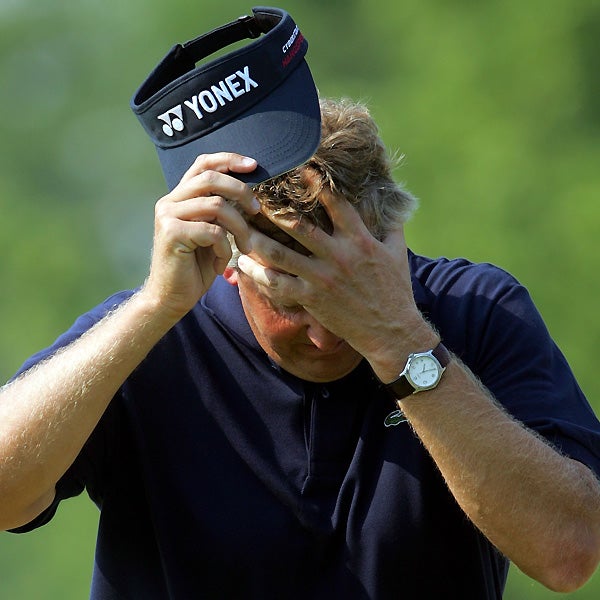 Phil Mickelson wasn’t the only player to throw away the 2006 U.S. Open. Colin Montgomerie hit 7-iron for his second shot on 18 but came up short in deep rough. He chipped on and three-putted to miss a playoff by one. 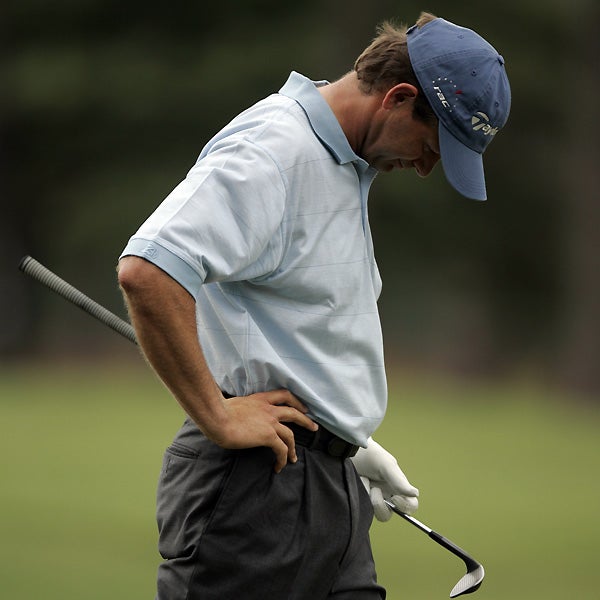 Retief Goosen held a three-stroke lead heading into the final round of the 2005 U.S. Open at Pinehurst. Goosen, the 2001 and 2004 champ, quickly dropped with a double bogey on 2, and he tumbled down the leaderboard with an 81. Michael Campbell shot a one-under 69 to win his first major. 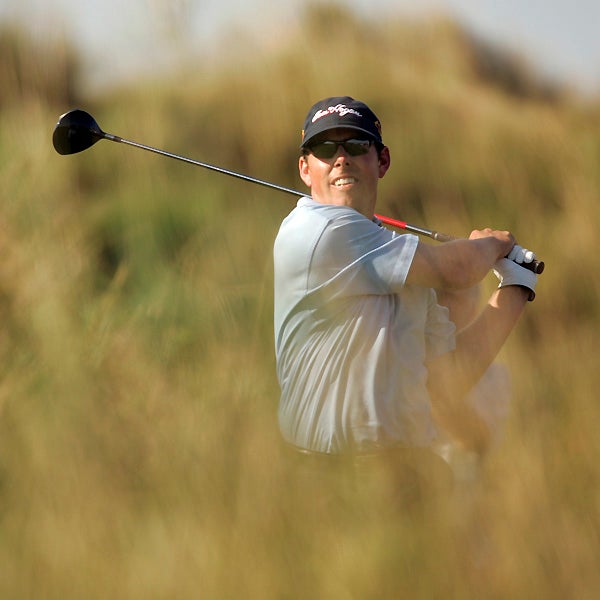 Justin Leonard had several chances to win the 2004 PGA Championship at Whistling Straits, but he couldn’t get it done. He had a 10-foot birdie putt on 15 for a three-shot lead, but missed. He then missed a five-foot par putt on 16. On 18, he dumped his second shot from the fairway into thick grass short of the green. Leonard missed his par putt and lost in a playoff to Vijay Singh. 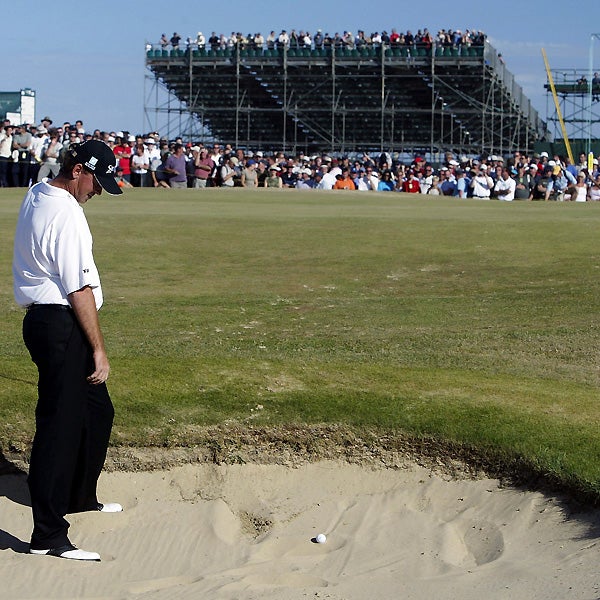 Thomas Bjorn had a three-shot lead with four holes to play. He bogeyed No. 15, but his major collapse came at No. 16, where he took three shots to get out of a pot bunker and made double bogey. He then bogeyed 17 and lost to Ben Curtis by a shot. 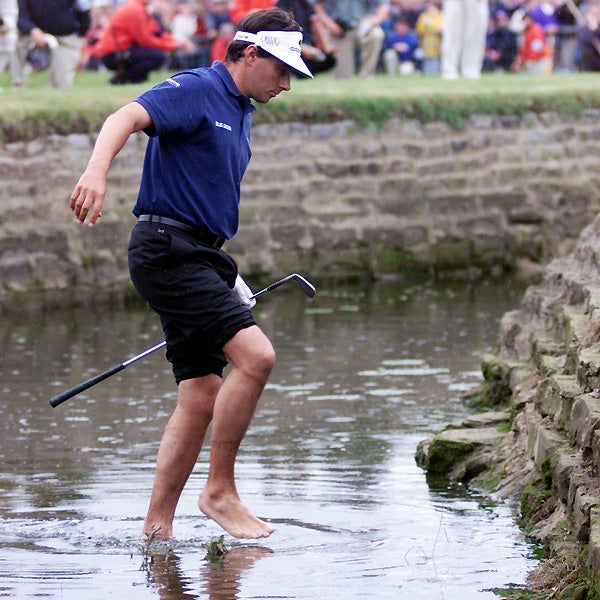 Jean Van de Velde needed only a double bogey on 18 to win the 1999 British Open at Carnoustie. His third shot on 18 landed in the Barry Burn, and for a moment he considered hitting out of the water. He took a drop and hit his fifth into a bunker. He got up and down for a triple bogey and a spot in a playoff, which he eventually lost to Paul Lawrie. 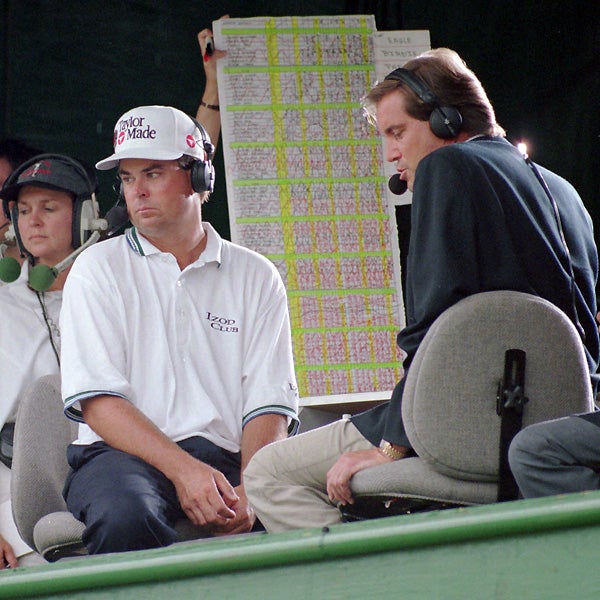 Instead of keeping loose on the driving range, Kenny Perry decided to sit in the television tower to see if he would be in a playoff. When Mark Brooks tied Perry, the two went into a playoff, and Brooks won when he made a five-foot putt for birdie. 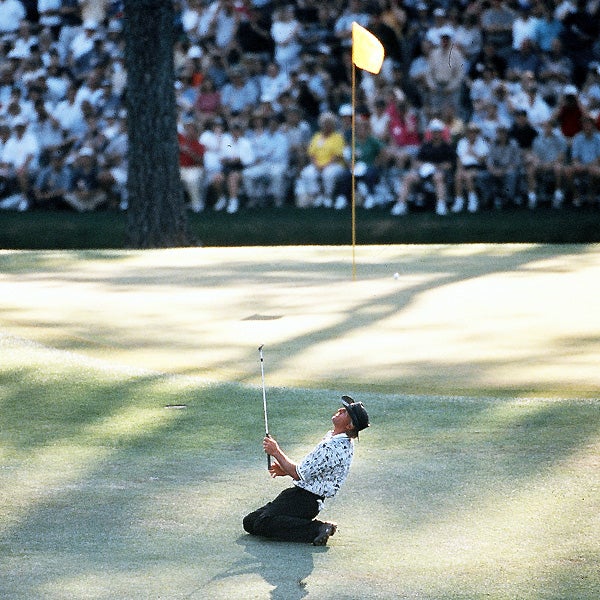 Greg Norman started the final round of the 1996 Masters six strokes ahead of Nick Faldo. All Norman had to do was shoot even par, and the green jacket would finally be his. But Norman collapsed in heartbreaking fashion, shooting a final-round 78 to Faldo’s brilliant 67. 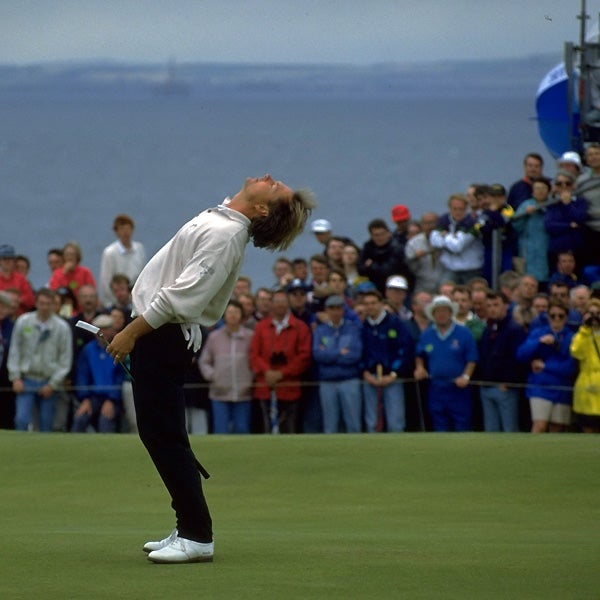 John Cook had a two-stroke lead with two holes left at the 1992 British Open at Muirfield, and he looked to build on his lead at the par-5 17th. But Cook missed a two-foot birdie putt, then bogeyed 18 to lose to Nick Faldo. On the first hole of a playoff with Nick Faldo, Scott Hoch missed a two-foot par putt for the win. On the second playoff hole, Faldo drained a 25-foot birdie putt for the title. 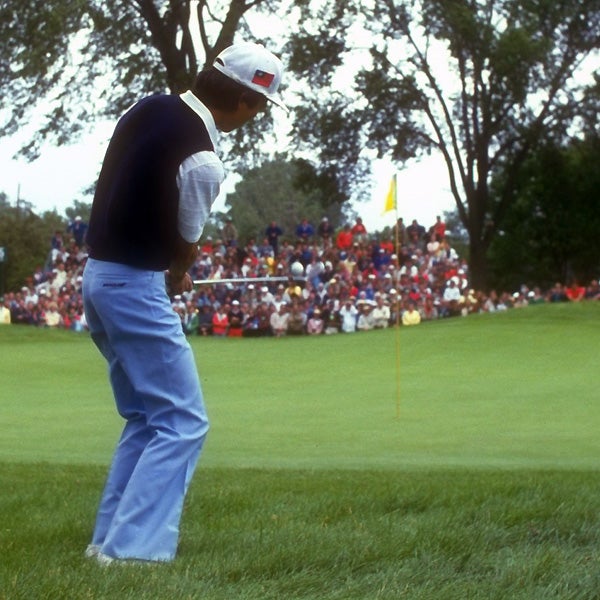 T.C. Chen seemed in control of the 1985 U.S. Open at Oakland Hills outside of Detroit, leading by four shots after four holes on Sunday. Then at the fifth, Chen double-hit a chip out of the rough and made an eight. He also bogeyed the final two holes and lost to Andy North.