Tour Confidential: Does the Reed controversy affect how much Tiger Woods should play him? 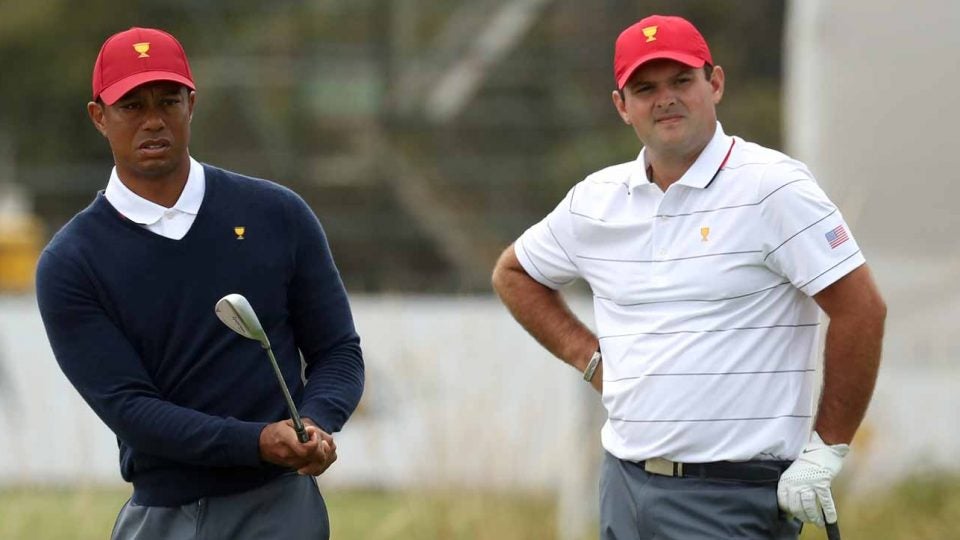 How should Tiger Woods handle the Patrick Reed controversy the rest of the week?
Getty Images

Check in every week for the unfiltered opinions of our writers and editors as they break down the hottest topics in the sport, and join the conversation by tweeting us @golf_com. Since Friday afternoon at the Hero World Challenge, the discussion surrounding Patrick Reed’s controversial penalty has taken over the golf world. Now, on the eve of the Presidents Cup, we’ve convened our panel for an emergency session surrounding the following question:

Given everything that’s happened, should the Patrick Reed controversy affect how much U.S. team captain Tiger Woods should play him?

Sean Zak, senior editor (@Sean_Zak): Right now, no. Reed has sneakily been one of the best- (if not the best-) performing American over the last five months, both in the States and on the European Tour. You want the lead, Tiger? You play your best players. Still, I’m not ignorant of the fact that moods could change Down Under…

Jessica Marksbury, senior editor (@Jess_Marksbury): Should it? Yes. Will it? Seems doubtful, given the public defense Captain Woods has continued to give Reed over the last two days.

Jonathan Wall, equipment editor (@jonathanrwall): Not a chance. Tiger knew what he was getting when he burned a captain’s pick on Reed. Even in the aftermath of Bunkergate (Waste-Area-gate?), he stood up for Reed when the public was demanding he be bounced from the squad. The only thing that matters to Tiger this week is how Reed performs on the course. If he balls out, none of this will matter. And we all know Reed tends to play his best golf when he has a massive chip on his shoulder.

Alan Bastable, executive editor: (@alan_bastable): If Tiger doesn’t send out Reed in the first match, I’m boycotting the rest of the event. Better yet, Capt. Woods should pair himself with Reed — how better to support his controversial compatriot than to pace the fairways with him. Imagine the scene on the first tee. You’d feel the earth quake from Melbourne to Manhattan. Give the people want they want.

Dylan Dethier, senior writer (@dylan_dethier): Nah. If the argument is that Reed should play less to punish him, I don’t buy it — that ship has sailed (in this case, that 777 has flown). And if the argument is that he’ll play worse due to the looming pressure and controversy, that’s not historically been the case either; the guy seems to lock it down when he’s under fire. If Patrick Cantlay is his partner, he doesn’t seem like the type to get rattled by much of anything. So I’d go full steam ahead with whatever the original plan was.

Tournaments
Presidents Cup 2019: Here’s everything you need to know

Josh Sens, senior writer (@JoshSens): How much he plays Reed shouldn’t change, but who he pairs him with should. If I’m Tiger (which, as astute observers might have noticed already, I am not) I jump the grenade and pair myself with Reed, a signal of support from the captain that also spares his teammates the awkwardness. On top of that, I make ours the first pairing of the day. A bold statement as well as a blast of good-old-fashioned entertainment. This is an exhibition, right? My guess is they would win their point in a runaway.

Dethier: I’d stay away from the Reed-Tiger thing. For one thing, they were a disaster at last year’s Ryder Cup. But even more so I think it would be a mistake to add even more extra charge to that environment. Reed/Cantlay seems like the right ying and yang to keep this whole thing in balance. From a viewing perspective, on the other hand…

Alan Shipnuck, senior writer (@AlanShipnuck): It probably means Tiger will play him *more* because a pissed-off, defensive and embattled Reed should be able to access his inner Capt. America and play some stellar golf on a course that accentuates his strengths.