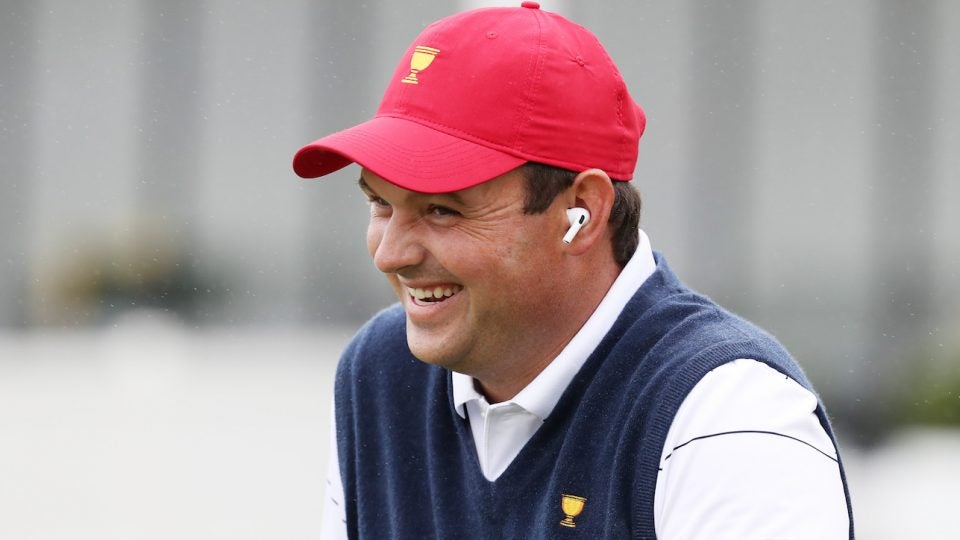 MELBOURNE, Australia — Nothing — not even a putter cover depicting his infamous “shhh” gesture from the 2014 Ryder Cup — could prepare Patrick Reed for the biting wit of Australian sports fans.

As Reed stepped onto the 1st tee at Royal Melbourne on Tuesday to hit his first shot since the Hero World Challenge, a member of the gallery decided to introduce the 2018 Masters champion.

“Next on the tee, Patrick Reed — the excavator,” the fan joked.

The 29-year-old has been bracing for a storm in the days since he was assessed a two-shot penalty for removing sand in a waste bunker during the third round of the Hero. He even brought a custom putter cover to Australia — where he will contest a third Presidents Cup as one of Tiger Woods’ captain’s picks — adorned with a depiction of himself quieting the crowd during the Ryder Cup at Gleneagles.

Suffice to say, the fan who sledged (Aussie for “needling”) Reed, as he began a practice round at Royal Melbourne with U.S. captain Woods, Patrick Cantlay and Justin Thomas, did not catch Reed by surprise.

“Any time coming to an event like this, especially overseas, you expect to have the crowds against you, not on your side,” Reed told reporters Tuesday as he conducted one of the most eagerly-awaited press conference in golf this year.

“I didn’t see [the ball] move they were able to show me afterwards … because the sand moved, it’s a penalty,” Reed said. “That was last week, and we’re glad that we’ve moved on.”

As prepared as Reed may be, it’s unlikely he’s aware that the Aussie sports superfan group, the Fanatics, are preparing several chants targeting Reed. One is believed to be a sharp-edged rewriting of the Shaggy classic It Wasn’t Me.

The Fanatics are renowned within Australian sporting circles for traveling globally to major events such as the Masters and Wimbledon to cheer on their heroes while wearing trademark green-and-gold attire.

Their unofficial commander-in-chief this week in Melbourne, Tony Di Carlo, said his squad was preparing special treatment for Reed. “I think it would be rude not to have a bit of a dig at him,” Di Carlo said.

The Fanatics were on hand for the 2017 Presidents Cup in New Jersey. Di Carlo wants revenge for the way he says the American crowds treated the International team at Liberty National. 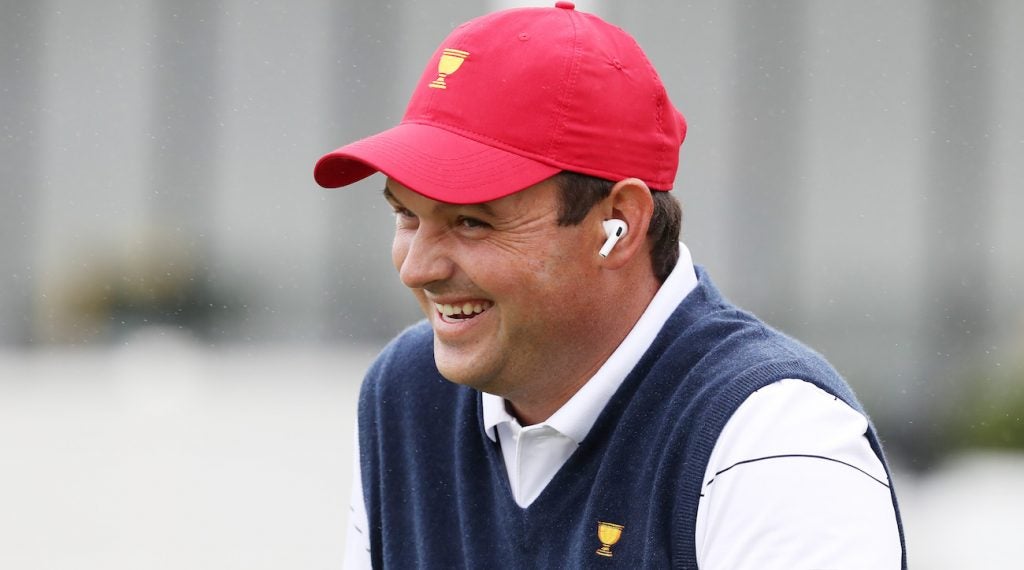 “It was a pretty hostile environment at Liberty National over there a couple of years ago,” Di Carol said. “If [Reed] is happy to break the rules, then we’re going to use that to fuel the fires of the International team.”

Not that the fires needed any more fueling.

Australians Cameron Smith, a Presidents Cup debutant, and team stalwart Marc Leishman did plenty of that during the Australian Open in Sydney last week.

Reed saw the comments from the Aussies and filed them in his mental bank to draw on this week as the Americans chase an eighth consecutive Cup victory.

“It goes from wanting to beat those guys to it now turning personal, so it’s going to be a fun week,” Reed said defiantly.

Smith told reporters in Sydney that he had “no sympathy for anyone that cheats” when asked about Reed. But World No. 12 Reed rejected that term.

“It’s not the right word to use,” he said. At the end of the day, if you do something unintentionally that breaks the rules, it’s not considered cheating.

In his short but already brilliant career, Reed has learned not to take his villain status personally. Especially not this week as the International team tries hard to gain an advantage and improve their woeful record. Since the inaugural Cup in 1994, the Internationals have lost 10, won one (at Royal Melbourne in 1998) and tied one (in South Africa in 2003).

The comments from International team members may come to haunt them if the Americans go on to victory in Melbourne. Let us not forget that Reed was booed by his own at Augusta National last year when playing with Rory McIlroy in the final group. Five hours later, he slipped on the green jacket.

“I’ve just always enjoyed it. I’ve always enjoyed being … I guess you would call it the underdog,” Reed said. “You just have your teammates and yourself out there to pick you up, so just kind of shows you how strong you really can be.”