Presidents Cup 2019: Here’s everything you need to know 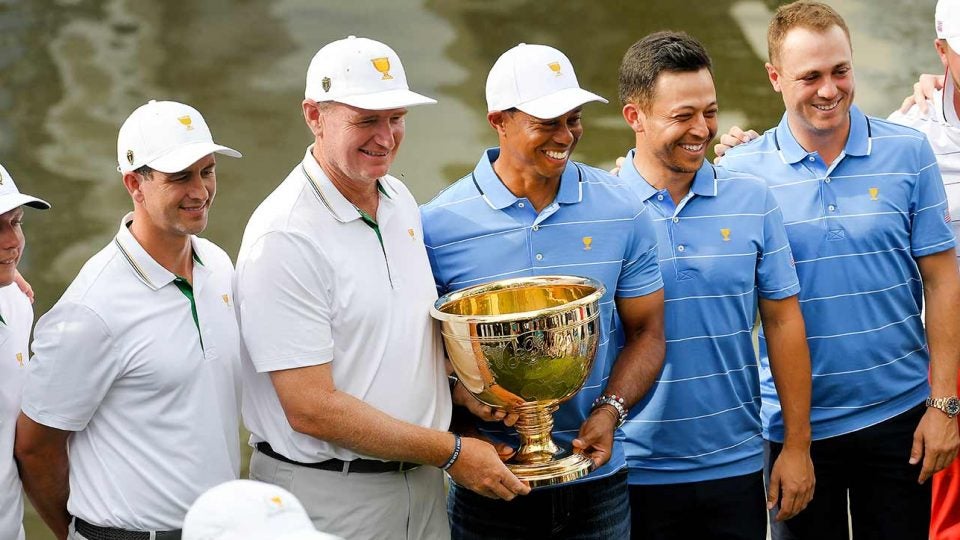 The International team is aiming for its first Presidents Cup win in 21 years in Australia this week.
Getty Images

Two dozen of the world’s best golfers are shipping halfway around the world for one of the game’s top events: the Presidents Cup. The Presidents Cup begins Thursday (Wednesday evening for those in the States) at Royal Melbourne Golf Club in Australia.

What is the Presidents Cup?

The Presidents Cup is a biennial event between the United States and the rest of the world, excluding Europe. The tournament runs in opposite years to the Ryder Cup, and features two teams of a dozen players. Eight spots on each team are reserved automatically based upon standings, while each team’s captain is allowed four “captain’s picks,” which can be used on any player.

The Presidents Cup consists exclusively of matchplay. Each match is worth a single point, with half-points given to ties, similar to the Ryder Cup.

This year’s Presidents Cup also features a minor format tweak from previous iterations of the event. Players are now only required to play one match prior to the final-round singles matches.

If the event is deadlocked after 30 matches, the competition is ruled a tie and the trophy is shared by both teams.

Since its inception 1994, the Presidents Cup has been largely dominated by the Americans. The U.S. team holds a 10-1-1 record all-time in the event, but the only non-wins for the United States have come when the event has been played on foreign soil. First, in a loss to the Internationals at Royal Melbourne in 1998, and later in a tie in South Africa in 2003.

30 matches will take place over the span of four days with the following schedule:

Looks like the #IntlTeam is ready to write a little history of their own next week 👀 pic.twitter.com/qV3M08YGsh

How to watch (ET)