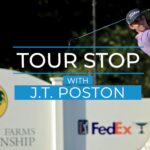 Check in every week for the unfiltered opinions of our writers and editors as they break down the hottest topics in the sport, and join the conversation by tweeting us @golf_com. This week, we discuss Masters storylines, Dustin Johnson’s dominant Masters victory, Augusta National in the fall, Bryson DeChambeau and more.

1. Dustin Johnson won the 84th Masters, handily. He won by five shots. He won with two bogey-free rounds. He won with the lowest overall total in Masters history (20 under). Has DJ put to rest the debate about who on Tour is really the best?

Michael Bamberger, senior writer: No. He’s the best this year. Can he sustain it? Tiger was the high priest of sustain it. DJ’s talent is off the charts. We all know that. But he comes and goes.

Josh Sens, senior writer (@JoshSens): There are a few other guys on Tour who, when they’re revving on all cylinders, have a similar amount of firepower. Rory and Rahm come to mind. Maybe Bryson fits that category, too. But we’ve seen it more from DJ than we have from anyone else in recent years. We just haven’t had a chance to see him do it in a major.

Luke Kerr-Dineen, senior writer (@LukeKerrDineen): I think it’s pretty obvious that DJ’s best is, right now, better than the rest. Whose is better than him? Rory? The guy who has won three fewer tournaments over the past two years, and no majors since 2014? Justin Thomas, who’s also won fewer times and spent less time as World No. 1? Rahm? We’re witnessing DJ mid-peak, and unlike Rory — who, admittedly, I am tempted to take in this spot — DJ actually shows us his ceiling on a pretty regular basis.

Sean Zak, senior editor (@sean_zak): I think Justin Thomas’ best is just as good. We didn’t see it in all its glory this week. And we haven’t seen Rory McIlroy’s best in awhile. So yeah, it’s Dustin and Justin. 2. At long last, we no longer have to speculate about how Augusta National will play in November — we saw it with our own eyes. In your mind, how did the autumnal version of Augusta National hold up as a test of championship golf?

Bamberger: It was a different course, as it had to be. The course conditions were dictated by Mother Nature her own self. The week was spectacular in every way, including the course. That the club was able to put on a safe, appropriate tournament, despite the many obstacles, including lethal ones, is inspiring.

Dethier: We had a November Masters — but we didn’t really have the November Masters that was promised. This week was warm, soft and still. We expected cold, soft and windy. If the event started today and ran through Wednesday, the conditions would have been pretty different, so I don’t think we know for sure. But yes, it was a great event. Just a little too easy for our liking.

Sens: I think we all would have liked to see more bounce in the fairways and few shots sticking, dart-like, in the greens. But given the time of year (recent overseeding) and all the rain, I thought … well, can you imagine another course being able to stage a major under similar circumstances?

LKD: Augusta National in the fall was fun. Not better nor worse than spring Augusta National, just different. When the wind was up a touch, as it was on Sunday, it was a pretty fantastic and intriguing test of major championship golf. My only minor critique is that when the wind wasn’t up, the softer course had very little defense, as we saw on Saturday. In retrospect, I’d like to have seen the rough a little longer.

Zak: I think with fewer “drying hours,” and overnight temps hovering near dewpoint much longer, the greens are going to just stay wet longer and not dry out as easily, naturally. So in the event we have another November Masters (I’m not opposed!), just don’t expect the greens to be as firm as we did this week.

3. Among the storylines this week at soggy Augusta: mudballs! (And players complaining about them.) Given the preponderance of mud-caked balls, should the tournament have made an exception and instituted lift, clean and place?

Bamberger: I will soften my impulsive first-thought response and simply say no.

Dethier: No — it’s pretty clear that the pros were still able to get the job done just fine, mud and all.

Sens: Egad, no. The conditions were just another consideration in strategy. See DJ, opting to lay-up today on 13.

Zak: I don’t think it was truly as prevalent as it may have seemed in the post-round pressers. So, no.

4. One of the other favorites entering the week, U.S. Open champion Bryson DeChambeau, tied for 34th. After much anticipation, he opened with an up-and-down 70 and wasn’t heard from on the weekend. How much do you suppose the intense hype around DeChambeau impacted him this week?

Bamberger: He looked tired on Thursday and more tired through the week. These are tiring times, this age in which we live, for those of us who own phones that are portable venting machines.

Dethier: To that point, all this attention must be exhausting. He said he didn’t feel right, and he didn’t look right. He’ll be fine — this just wasn’t his week, and it’s possible this won’t be his golf course.

Sens: When half the golf world is fitting you for a green jacket before play even begins, I don’t know how it can help your chances. Seems little doubt that the hype was a distraction. The freaky lost ball on 3 didn’t help either. But as Bryson himself said, that’s golf. Weird things happen. The idea that he was simply going to bludgeon the course and his competition into submission just by showing up was silly from the start. Largely a media creation.

LKD: Bryson’s been going non-stop since the U.S. Open and came into the Masters with more hype than anybody since Tiger Woods. All things considered, he played well and was hit with a few strokes of really bad luck. All of which overshadows the fact slightly that his bomber’s blueprint is spot on. It’s one DJ all but adopted himself, and we saw how well that worked.

Zak: I think this being his first time as that guy was something for him to get used to. It’s hard to say that he handled it well, but he probably learned some things throughout it. And it’s very plausible he’ll be the favorite at the next Masters. Will he be able to apply some learnings then? Or at Kiawah in May? I’d like to think so.

5. The defending champion, Tiger Woods, shot eight-under par for 71 holes – and, disastrously, seven over on the par-3 12th on Sunday. Did his performance this week change in any way how you feel about his chances at future Masters?

Bamberger: To answer this question requires opinion that is broadly cheap, but the actual and nuanced answer may be found in Dylan Dethier’s write-up on Tiger’s 10 on 12, and what he did from there to the house. The will. He’ll have good Masters again. He had one this year.

Dethier: He played well, and I think he could contend, body willing, if he putts well. That’s still a big “if,” but he and this golf course remain a good fit.

Sens: Agreed. He played well, and he’ll play well again at Augusta. Multiple times. As for whether he’ll win it again, very many things would have to go very right.

LKD: Tiger’s pretty much where I expect him to be: Physical ailments that are a perpetually day-by-day issue, which is concerning, but he also seems to have a more realistic understanding of how to handle it. His game is more off-and-on, but ultimately, he’s still Tiger Woods, and therefore always capable of winning. But in order for him to do so, he needs a few things outside of his control to fall into place.

Zak: In order for Tiger to win a four-round tournament, he needs the course to play more difficult for the rest of the field. He needs it to be more of a chess match than checkers. Augusta National felt more like checkers this week than the chess board that is dissected with experience. So, less moisture. More sun. More birdies, too.

6. Speaking of future Masters, the next edition is only five months away! Who ya got?

Bamberger: Kisner. A short fast course and a winner in the Larry Mize tradition. A local with a good putting game.

Sens: You mean, I don’t get to rest on the laurels of having picked DJ on this site last week? I’ll take Rory. The positive momentum (and mentality) for his final three rounds will carry over to the spring.

LKD: Bryson! I liked a lot of what I saw this week. Give him some time to rest up, put on a few more pounds and get the green jacket ready.

Zak: Xander. Dying on this hill until it happens.