Why a Tiger Woods U.S. Open win at Winged Foot would represent a first for him 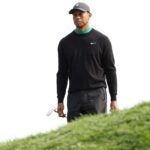 Tiger Woods is searching for his fourth U.S. Open victory.

MAMARONECK, N.Y. — A year ago, the reigning Masters and U.S. Open champions were having a dinner — sponsored by their friends at Lexus — at Liberty National, across the Hudson River from here and 30 miles downstream. You knew that Gary Woodland was the reigning U.S. Open champion because he was carrying around the U.S. Open trophy, with his name the most recent one etched on it. You knew Tiger was the current Masters winner because he was the only person in the room wearing an Augusta National club coat.

Hey, G-Wood said to T-Dub, between us we got our name three times on this thing.

It was a distant cousin to this old thing: How many wins did Christy Mathewson and his brother record in their combined big-league careers? The answer is 373, all by Christy.

There was one problem, which Woods identified immediately:

A brief by-the-way here: If you want Gary Woodland and Tiger Woods at your event, call Mark Steinberg for a rate card. He represents both.

If Tiger wins this week, he’ll have four U.S. Opens, the same number as Jack Nicklaus and Ben Hogan.

If Gary Woodland wins this week, he’ll have two, and he’ll be the first person to win back-to-back U.S. Opens since Brooks Koepka did it in 2017 and ’18.

Woodland told that Liberty National story on himself, Tuesday at Winged Foot. It was amusing. Tiger remembered it, some minutes later, with the vague hint of a smile. Woodland noted that all four of their U.S. Open wins came on public courses.

“We kind of have the same deal,” Woodland said. “He’s never won a U.S. Open on a private golf course, so hopefully I can beat him to that. I was giving him a hard time about only winning two. He reminded me he’s won three. But they were all on public golf courses.” Woodland hopes to beat him to that this week, at Winged Foot. Next year’s U.S. Open is Torrey Pines, owned by the city of San Diego, where Tiger logged many rounds as a kid.

I have always thought of Tiger as a public-course golfer. He grew up playing public courses all over Southern California and he of course has had a Hall-of-Fame career just at Torrey Pines and the Old Course, well-known public course in downtown St. Andrews, Scotland. He’s won two of his three British Opens there. His third and most recent Open win was at Royal Liverpool, which, despite its imposing name, is widely available to the public. (For your future consideration: www.royal-liverpool-golf.com/Tee-Booking. Now why don’t elite American clubs have a system like that?)

Tiger has never been one to go out of his way to go play the American private-club, sign-the-chit shrines: your Oakmonts, your Merions, your Baltusrols. His work-life has taken him to those places but he plays his recreational golf these days at no-fuss private clubs near his home. As a kid, he talked, now and then and only when pressed, about some of the discomfort he felt playing golf at certain private clubs. When he was 14, an interviewer asked him if he felt the sting of racism in golf.

“Every day,” Tiger said. “Not every day, but every time I go to a major country club. You can always feel it. You can always sense it. ‘What are you doing here? You shouldn’t be here.’” He was Cablinasian. Others were not. Many private clubs were white-only.

Winged Foot Golf Club, most decidedly, is not a muni and not a resort course. It’s as private as private can be, except on those grand occasions when it opens its arms to the world. This week, for instance.

I asked Woods if he regarded it as a coincidence that he had won his U.S. Opens on public courses.

“You know, I think that USGA events — how can I put this? This year is unique. We didn’t have qualifiers, we didn’t have access into the event like we’ve had in years past,” he said.

I love his use of we there. The idea that any golfer could play his or her way into the U.S. Open. Most years, that’s true. This year it wasn’t. You know why.

“Whether we play on a public course or private course is irrelevant,” Woods said. “I think that the qualification process is what makes this event so unique, that we’re able to qualify for this event and have these opportunities. Unfortunately, this year it’s not one of those years.”

As he spoke, he looked like a public-course golfer, sort of. Little ankle socks. Long black shorts. Green T-shirt with a black sweater over it. (Cool breeze off the Long Island Sound.) Black baseball cap.

But then there was his laminated all-access contestant’s badge with the long lanyard in his front left pocket, along with his we’re-in-a-pandemic face mask. Also, he was standing just off the first tee of Winged Foot’s East Course, with the club’s fortress of a clubhouse behind him. Behind those walls there’s a metal locker with his name on it, at least for the week. There’s a trophy nearby with his name on it three times.

What Woods says has to be correct: At this point in his career, whether he’s playing a public or private course must be irrelevant. Also, he’s won at Augusta National five times. When he won the first time, in 1997, people said, “A Black man has won the Masters!” When he won the fifth time, last year, people just chanted his name.

A public course Tiger designed, Payne’s Valley, near Branson, Mo., will open later this month. For years, Tiger has been trying to get a major public-course renovation project off the ground at Jackson Park, in Chicago, on Lake Michigan. A memorable PGA Championship was played last month at Harding Park in San Francisco.

I asked Tiger if he regarded the Old Course as a muni.

“I think the Old Course is unique whatever you want to call it,” he said. “It’s the home of golf. And the fact that everyone has a chance to play it, I think that’s what makes it so special.”

What an excellent answer.

This week, Woods and Woodland and 142 other golfers are getting to play one of the most private and special courses in the world. They say that membership has its privileges. Well, golf skill does, too.