How Tiger Woods’ most iconic TV commercial happened by accident 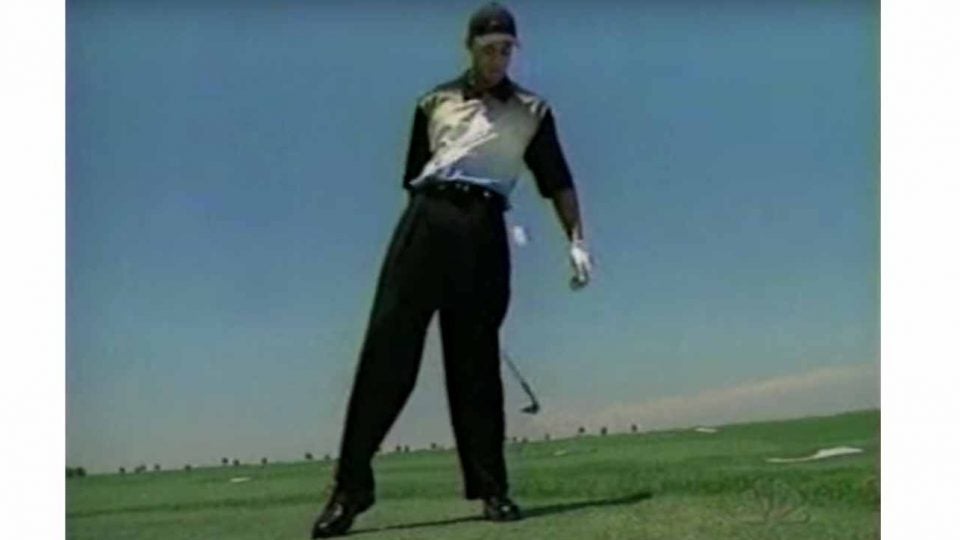 Welcome back to the Tiger Woods YouTube Project, where we’re taking a closer look at golf’s greatest star through his most iconic — and forgotten — moments caught on camera. Today’s episode covers one of Woods’ most popular commercials of all time.

A ranking of Tiger Woods’ best-ever commercials would make for a worthy project of its own. He’s had elaborate sets, A-list co-stars, ongoing bits and no shortage of concepts. It’s particularly remarkable, then, that his most iconic ad may be his simplest.

It’s a 30-second spot; 28 seconds of Woods juggling a golf ball and two seconds of “Nike Golf” on the screen. Have a watch, just as a refresher, and then I’ll tell you a few things you might not know about its filming.

RELATED: Chapter 12 — “How Tiger predicted the future with Larry King”

First of all, Woods was on set that day to film a different commercial, shown below. That ad is another key entry in the Woods canon; his influence turns a group of driving range hackers into stripers for a few glorious moments until he leaves the range and they revert to their shanking ways. It’s a nod to Woods’ otherworldliness.

Chris Zimmerman, Nike Golf’s global marketing director at the time, wanted to take advantage of a precious shoot day with Woods. So he mentioned to one of Nike’s ad directors, Eric Markgraf, that he should try to bank a little extra footage with Woods once he changed outfits.

Woods’ ad shoot was directed by Doug Liman, better known for his direction on “Swingers” and “Bourne Identity.” During a lunch break, Liman saw Woods was bouncing a ball on his wedge. He mentioned it to Markgraf, who was instantly in on the idea.

After a quick chat with Nike’s ad agency, Wieden + Kennedy, Markgraf approached Woods and asked if he’d do the same thing, but with cameras on him. Woods agreed, but asked that he cap off the juggling display by taking the ball out of the air with a full swing and sending it down the range.

The trick was that Woods was going to have to execute the timing perfectly to get that single-shot 28-second take.

On his first take, Woods lost the ball as he switched juggling hands. On his second take, he lost the ball as he was corralling it on the face of the club. Take three, he was just getting ready to turn and give it a full-swing rip when the ball caught the edge of his club and fell to the ground.

“I kept messing up every time they said, ‘OK, you got 10 seconds left!’ I’d shank it right away,” Tiger recalled to the Associated Press. “I said, ‘Don’t tell me that. Just tell me when I’ve got three, four, five seconds. I can switch and end it.’ “

After the third take, Liman started to give Woods some grief.

“I told him, ‘I can’t believe that of all people you are choking under pressure,’” Liman recalled to CNET in 2008.

As if he needed any more motivation, a member of the crew slapped down a $100 bill and told Woods to win it. Coincidence or not, Woods shot the director a glare and then executed perfectly on his fourth try, juggling through his legs, behind his back and puring his final wedge shot down the range. Simple as could be.

After the shoot, Wieden + Kennedy reps showed the footage to Zimmerman, who called the first spot “decent” but then was blown away by the bonus coverage of Woods with his wedge, which he called “magical,” according to a Yahoo News report on the clip.

The audience agreed. While YouTube wasn’t yet around, so the clip couldn’t go properly viral, Zimmerman said the spot got a strong positive reaction. The only thing they had to contend with was the assertion that they’d faked the action.

Zimmerman heard the critiques. “They must have used computer animation or something in that commercial,” he said, recalling the comments he was getting at the time. So they released the outtakes to Dateline NBC, which aired them as part of a special on the success of the spot.

What’s probably most remarkable about the ad is just how unremarkable it would seem now. This commercial really marked the beginning of a cottage industry of golf trick shots. The rise of social media gave rise to a generation of influencers and trick shot artists who have worked their way into sponsorships, club deals, hundreds of thousands of followers and the ability to do things with a golf club that not even Woods would have dreamt of.

Oh, and Nike probably sold some merchandise, too.

But it all started with a 30-second spot, executed to near-perfection by a guy on his lunch break, killing time before a Golf Channel hit.