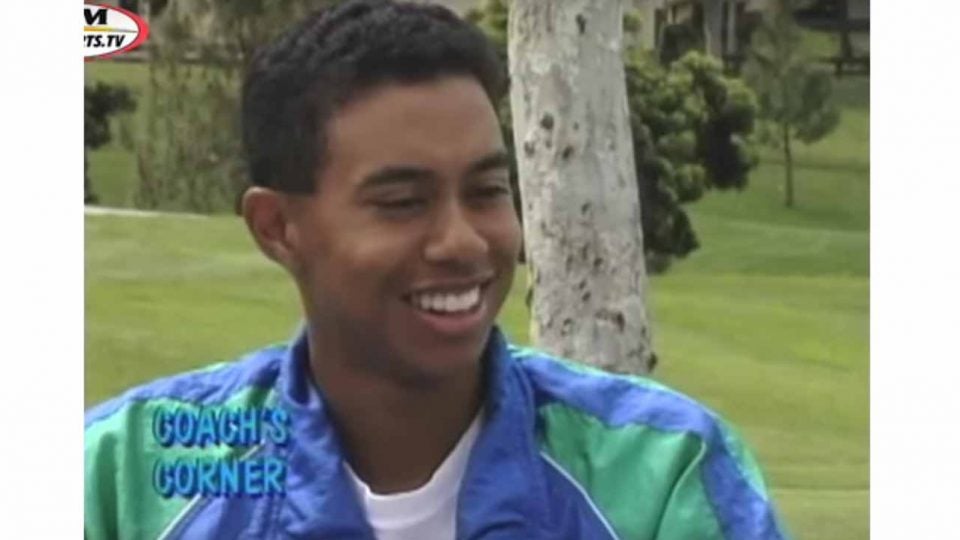 Welcome back to the Tiger Woods YouTube Project, where we’ve made our way to young Tiger’s senior year of high school! As a refresher, we’re taking one video per year of Tiger’s life and breaking it down, hoping to gain a better understanding of the man himself. Mostly, because it’s fun! Today, we’re going for a joyride into 1994 with another Californian whose rise began in the early 90s — Sean Martin.

Sean is many things, a Senior Editor for PGATour.com and a great Twitter follow being two among them. He’s also one of the sharpest minds in golf media, particularly when it comes to obscure knowledge of West Coast amateur golf. So this is very literally in his wheelhouse. Let’s dive in.

I asked Sean for 10 takeaways, but with a careful reading you can sneak out about a dozen more crammed into his selections below. Your job is easy:

1. Watch the video below, and

I can guarantee you’ll learn at least one new thing, or your money back.

1. I love this quote from Western High’s coach, Don Crosby, after he talks about how it used to be hard to field a full team: “The last four years, especially, that we’ve had Tiger, we’ve really come a long way,” he says. Talk about an understatement! Your high school team barely existed — it now has the greatest player of all time.

Editor’s note from Dylan Dethier: And all behind those sunglasses! Fully tinted windows on those bad boys.

2. The craziest thing about this interview is that Tiger is less than three years away from winning the Masters by 12 strokes. His jacket has some serious Larry Johnson-era Charlotte Hornets vibes. It’s not the most colorful piece of clothing in this show, though. My favorite Tiger quote from this interview: “I can hit the ball a long ways. I tend to hit it crooked it every now and then, and I can bail myself out … I’m very tough.” Some serious foreshadowing. 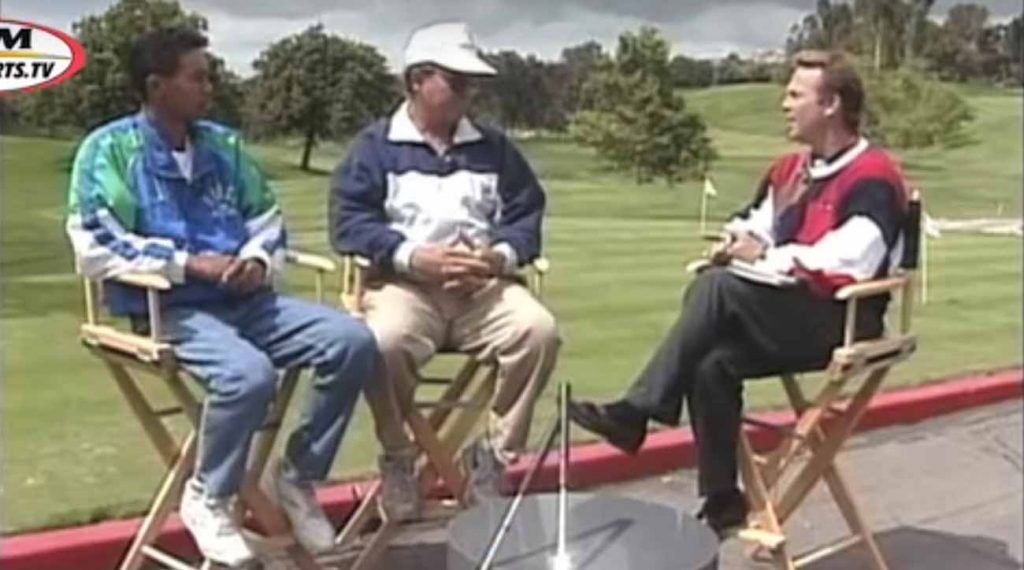 3. Tiger started at Stanford in the fall of 1994. That summer, he had a 19-1 match-play record in amateur events. His only loss came to 32-year-old Ed Cuff in the semifinals of the California Amateur. Cuff beat Woods, 2 and 1, at Pebble Beach.

4. Every match-play tournament that Woods played that summer was still won by a Woods, however. Steve Woods went on to win the 1994 California Amateur over Cuff. 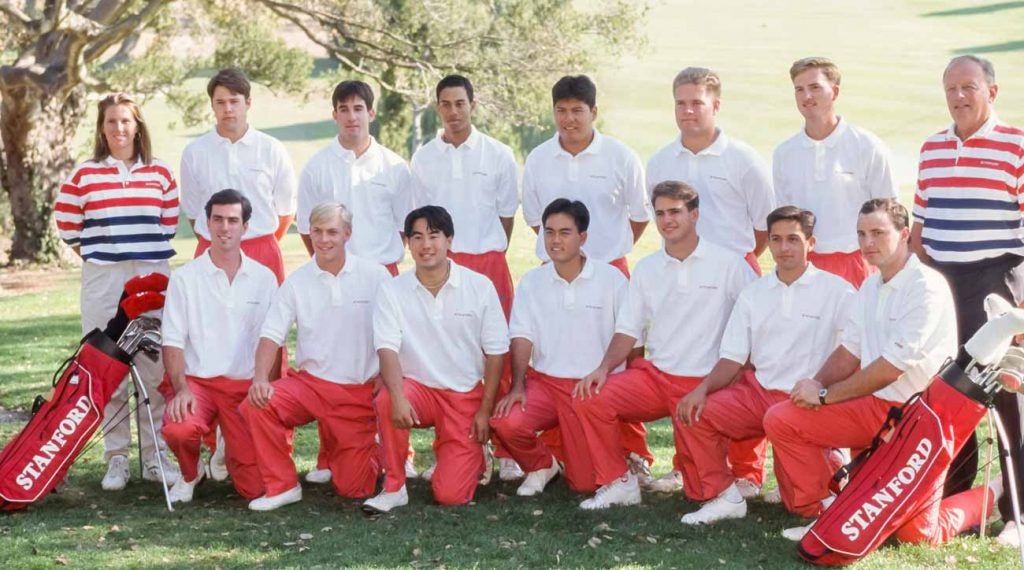 5. Woods’ first win in a non-junior event came in the 1994 Pacific Northwest Amateur. He won the 36-hole final, 11 and 10, over Oregon Amateur champ Ted Snavely. Woods was 13 under par in the 26 holes they played in the final. He needed just 30 putts in 26 holes. He called it “the best round of my life.” Tiger went on to win the U.S. Amateur, Western Amateur and Southern California Amateur (which included a course-record 62) that summer.

DD: 36-hole finals always strike me as potentially ridiculous, but the prospect of an 11 and 10 victory does get me fired up.

6. Tiger Woods won the first of his three consecutive U.S. Amateurs in 1994. He was 6 down to Trip Kuehne early in the 36-hole final. Kuehne was 4 up on Woods at the halfway point. At the break between rounds, Earl Woods told his son to, ‘let the legend grow.’ Woods fell to 5 down with 12 holes remaining before making his comeback, though. 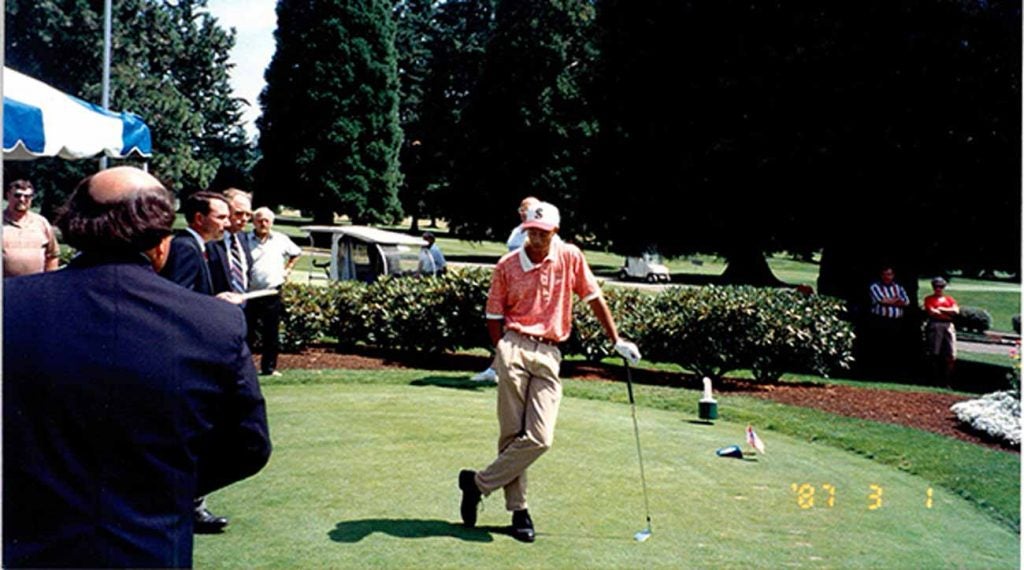 7. That wasn’t the only comeback Woods made that week. In the third round, Buddy Alexander, the 1986 U.S. Amateur champ, had a 3-foot putt to go 4 up on Woods with five holes remaining. Alexander missed that and didn’t par any of the next five holes, either. Woods won 1 up.

DD: He made people crumble. What an incredible gift, particularly in golf.

8. Woods beat PGA Tour rules official Vaughn Moise in the first round of the 1994 U.S. Amateur. It wasn’t the only notable meeting between Woods and Moise. Moise was the rules official for the Showdown at Sherwood, a made-for-TV match between Tiger Woods and David Duval. The caddies, Steve Williams and Mitch Knox, each wore shorts in the 91-degree heat. Caddies weren’t permitted to wear shorts at the time, so Moise told the caddies to change into pants. Woods, however, told Williams to leave his shorts on. It was the start of caddies being allowed to wear shorts.

DD: “Caddies in pants” is no longer even considered a thing. Warm-weather loopers everywhere have Woods (and young Steve Williams) to thank. 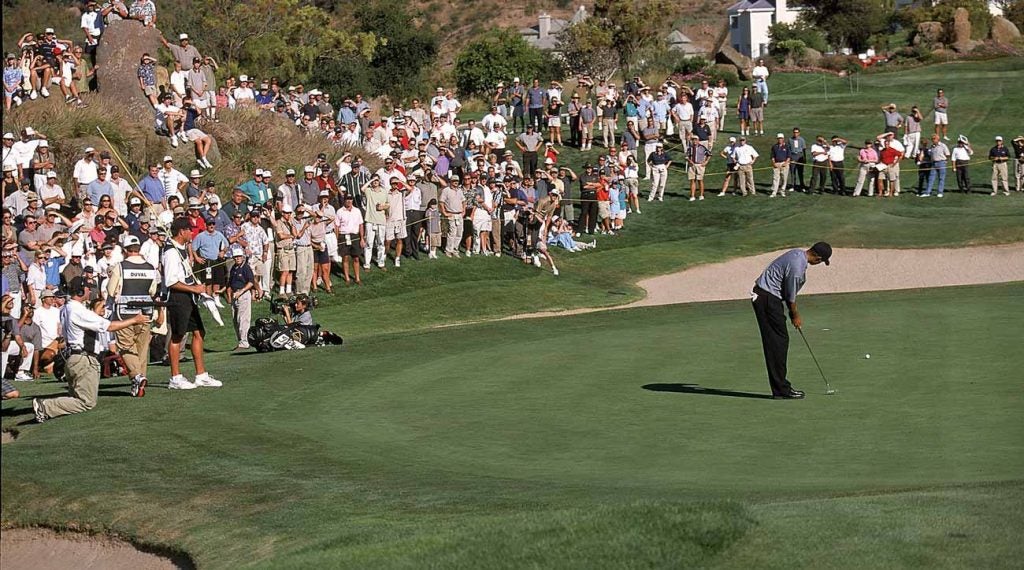 9. Woods almost didn’t make it into the 1994 U.S. Amateur. His U.S. Amateur qualifier was in California the day after he won the Western Amateur outside Chicago. Tiger and his father, Earl, missed their flight after getting caught in traffic. They waited on standby, but didn’t get seats until the last flight of the night.

“I prayed, and my prayers were answered,” Earl said. “Thank God we got on that damn airplane.”

If they didn’t, Tiger would have missed the qualifier and been unable to play that year’s Amateur.

DD: Whenever we look back at Tiger’s record at these Ams, it’s always incredible how close he was to not winning — but he did. A star was born.

10. Tiger prepared for the 1994 U.S. Amateur by watching videos of Greg Norman’s record-setting victory at that year’s Players Championship. Norman shot 24-under 264 to win at TPC Sawgrass that year. Woods also was working with Norman’s coach, Butch Harmon. Woods and Harmon had only worked together twice in person before the Amateur, but exchanged videotapes, phone calls and faxes (!!). Woods also copied Norman’s headwear, wearing a large straw hat in the Florida summer heat. “The straw hat, no, I’m not bringing that back,” he said last year.

DD: But maybe he should. 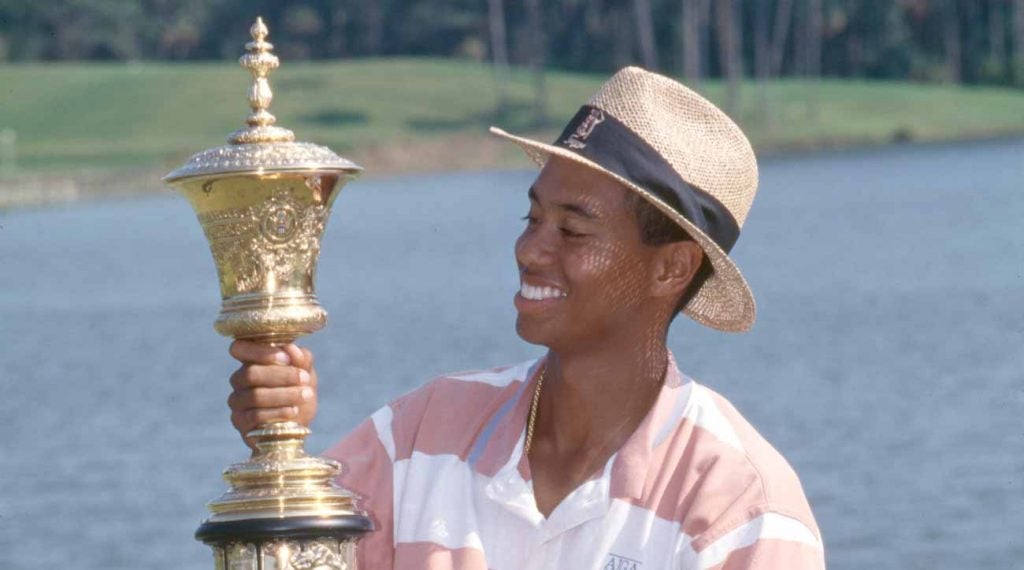 Thanks so much, Sean!