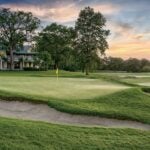 If Tom Brady was put on a waitlist for membership at The Country Club at Brookline, good luck getting your own spot.

If Tom Brady was put on a two-year waitlist for a locker at The Country Club, good luck getting one of your own. Not only would you be joining the sixth-oldest course in America, but its rich history and impact on the game are rivaled by few.

Why is Brookline’s history so special?

When the USGA returns to The Country Club every few years for an Open or Amateur Championship, the story comes full circle. Brookline was one of the five charter clubs to found the USGA in 1894, a year after it was built. Twenty years later, in the 1913 U.S. Open, 20-year old amateur and former Brookline caddie Francis Ouimet took down two British favorites in a playoff, sparking the interest of Americans. Popularity for the game dramatically increased and in 2005, Walt Disney Pictures produced The Greatest Game Ever Played, based on the true Brookline story. The County Club has since hosted 10 Massachusetts Amateurs, three U.S. Women’s Amateurs, six U.S. Amateurs, one Ryder Cup, one Walker Cup, and now four U.S. Opens. Here’s a little more information on this week’s host.

How much does a membership cost at The Country Club?

Brookline keeps membership information disclosed, as do most private clubs, but there is a lot of speculation. It is one of those spots where you are asked to join, not the other way around. In fact, while their website offers employment opportunities, there is no link to apply to join. Surprisingly, few details are known about the club’s initiation fee and monthly dues, which is quite the rarity in today’s Internet age. Clubs of similar exclusivity charge initiation fees of nearly half a million dollars, and some estimates put Country Club monthly dues around $1,500. According to Boston Magazine, “You’re poking into a hornets’ nest. Have you ever seen a country club with an ad in the newspaper? They don’t do it. They want to be exclusive and hidden and not publicized. You are not supposed to ask questions.”

Who are members at The Country Club?

National Club Golfer reported this week that the club has no more than 1,500 members. This number is quite high compared to other private courses on GOLF’s Top 100 courses in America. However, almost none of those names are available to the public. Tom Brady was confirmed to be a member by three other Brookline members (although he had to wait), all of whom confirmed this anonymously. If you want to join, you must be sponsored by two current members with seven additional testimonials to strong character. There is a member list, but only behind the closed gates of their website’s member login. 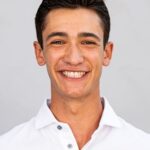 Tyler is a collegiate golfer for Cornell University working as GOLF.com’s summer intern. He was the editor-in-chief for The Haverford School’s Index after serving as the sports section editor. Tyler writes product reviews and instructional pieces from his perspective as an active player.