#AskAlan mailbag: Will slow play ever get better on the PGA Tour?

In this installment of the #AskAlan mailbag, GOLF senior writer Alan Shipnuck addresses if there’s any hope for curing slow play on the PGA Tour, wades into the Hank Haney controversy and much more.

Are you and Haney the best predictors in the game? -@TheAleMarcoli

The only difference is that I know when to cut bait! Olé, olé, olé, olé…

Litmus test for Tiger’s “candid” response to Haney’s idiotic comments: Would he have responded the same way if Butch Harmon said it? -@CHFounder

Definitely not, because Tiger doesn’t have beef with Butch, whereas he’s been pissed at Haney ever since The Big Miss was published. He’s been waiting to take a swing and, boy, did Hank ever tee it up for him. It was commendable that Tiger offered a rebuke, but this was more of a personal vendetta than a deep, burning desire to opine against the disparagement of female Korean golfers.

Is pimp-stepping pallbearer at your own professional funeral the biggest miss of all? -@Lou_TireWorld

Honestly, it’s getting hard to keep track of all the self-sabotage! If you talk or type for a living you’re going to offer something dumb eventually. The interesting part is what happens next. Haney is offering a clinic on point-missing followed by grave-digging.

Tiger’s over-inflated odds of being the favorite at the U.S. Open go to what now?? -@jviohl_01

Vegas spent the full decade post-hydrant cashing in on pigeons’ (mostly) irrational betting on Tiger. Similarly, the odds ahead of the Masters were rather silly, given Woods’ play to that point in 2019 and his recent history at Augusta National. But after his epic victory at the Masters, anything is possible. Brooks has more firepower but, in discussing favorites, I think Tiger deserves to be the second-favorite. So whatever the odds wind up being, they aren’t that inflated.

News
Tiger Woods explains how U.S. Open setups have changed for the worse

So tired of slow play by the pros. It’s like watching grass grow. -@KeithMathhews14

Lotsa discussion about Patrick Cantlay’s glacial pace and related ills, but honestly this topic makes me as fatigued as a six-hour round under a hot sun. We’ve been complaining about slow play going back decades. Clearly the vast majority of the players don’t care, and neither do any of the bureaucrats who have the power to effect change. So I’ve given up and moved on. Pace of play on Tour is always going to be slow. You gotta embrace it as a chance to spend more time enjoying the subtleties of the game, or to dash off tweets, or snack…or nap. To quote one of our great philosophers: It is what it is. 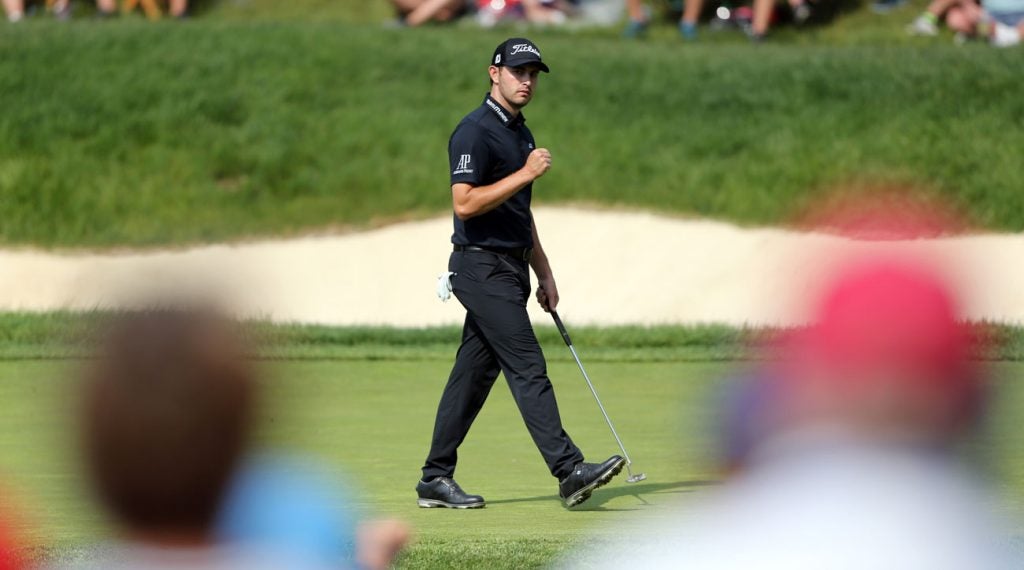 Patrick Cantlay was accused of slow play during his victory at the 2019 Memorial.
Joe Maiorana/USA TODAY Sports

Is Lexi in danger of becoming the next Michelle Wie of American women’s golf? -@LabLoverDE

No, she’s in danger of becoming the Dustin Johnson of the LPGA: an incredible physical talent who never quite lives up to her potential. Wie is sui generis, given the crushing hype that was heaped on her as a tween, her (commendable) self-imposed exile at Stanford and then the endless injuries she’s faced. Lexi’s issues are more about focus, motivation and then converting in the clutch. Sounds like DJ, no? I hope she’ll mature into a more ruthless closer but that’s a tough skill to learn a decade into a pro career.

With all the (somewhat justified) crap that’s been hurled at the USGA recently, can we credit the organization for a nice job of course setup for the U.S. Women’s Open? -@PopGaryPopovich

Certainly! The Country Club of Charleston was a delight, and its charms were accentuated by the firm, fast setup. The women’s game is better suited for many classic courses because they hit the ball reasonable distances and, therefore, play the holes the way they were meant to be played. Pebble is also an old course that demands finesse. The fission comes when modern bombers attack such a layout. Can the USGA show the same good judgement and restraint they brought to CCC? We shall see.

"The type of player that will be successful on this golf course I think is someone that has a pretty unique and adventurous short game." – Beth Daniel #USWomensOpen pic.twitter.com/G3deBklIDq

Your life depends on one of these to win the U.S. Open.. do you pick Jordan, Dustin or Phil? -@BrunoGarret1

Oof, tough one. You can make a strong case for any of the three, but I’ll take Spieth. He’s rounding into form and quite simply is more gritty than the other two pretty boys.

Oh, hell yes! At the 1963 PGA Championship, Big Jack won the long drive contest with a 341-yard poke, with equipment that now belongs in a museum. I think the better question is whether Nicklaus was reaching 130 mph.

News
Jack Nicklaus has more wins than he can count, but that’s just a hint of The Golden Bear’s life

If you were the captain and the Presidents Cup WAS two weeks away, who are your four picks? -@72holesaweek

Tiger, because, duh, it’s the Presidents Cup and the intrigue of him as playing captain is one of the few reasons to tune in. Spieth and Reed, because both are crucial to future Ryder Cup teams and this is a good chance to start rebuilding various relationships. And Kevin Na, because he could be wickedly effective in match play and he’d bring good energy to the team.

Warriors or Raptors, who ya got?? -@Ramon_Ware

I’ve been going to Warriors games since the early 80’s—there was so little interest in the Dubs back then my dad’s girlfriend and I would roll up and buy scalped tickets to sit a few rows off the court for Jordan’s Bulls, Magic’s Lakers, Bird’s Celtics and any other team we felt like watching. I had a Larry (Mr. Mean) Smith poster on my wall as a kid. I suffered through Joe Barely Cares, Chris Washburn and assorted other tragedies. I lived and died with Sleepy Floyd and Mitch Richmond and Chris Mullin. So, the Warriors will always be my team, even with all the obnoxious bandwagoners. But four years ago I wrote a long story for Sports Illustrated about Masai Ujiri and I still get WhatsApp messages from him. If anyone is going to steal a championship from the Warriors I’d be okay with it being a team that he built.