Tiger Woods explains how U.S. Open setups have changed for the worse

DUBLIN, Ohio — The USGA has taken plenty of heat for its recent U.S. Open setups. You can now count Tiger Woods among those to question its decision-making. On Saturday, after posting a round of two-under 70 at the Memorial, Woods was asked about his disagreements with the USGA — and had plenty to say.

“I don’t know, we all have to play it,” he began. “And I don’t agree with some of the times when they move the tees up and change the golf course. I didn’t agree with the setup at 14 in ’08 [at Torrey Pines]. It was a great par 4, but why move it all the way up there and make it drivable?”

“There was a time there where it was a brutal test, and then it became kind of a tricky decision you had to make, trying to bring in more options off the tees or into the greens. The Open has changed. I thought it was just narrow fairways, hit it in the fairway or hack out, move on. Now there’s chipping areas around the greens. There’s less rough. Graduated rough. They’ve tried to make The Open different and strategically different.

“I just like it when there’s high rough and narrow fairways, and go get it, boys.”

Woods said they started introducing graduated rough at Winged Foot in 2006, but seemed to have an even greater distaste for moving tees around.

The par 3 in question had two radically different sets of tees, which Woods found disagreeable. As for Chambers’ Bay’s 18th hole, which was played as a par 4 and a par 5 on different days? Woods could only laugh. “That’s the past,” he said. 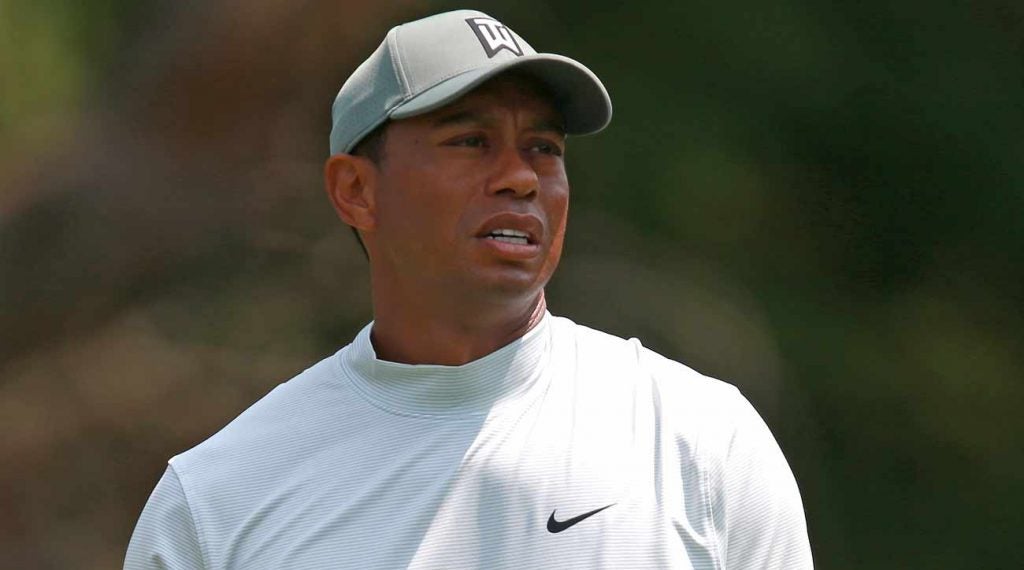 Tiger Woods has some suggestions for the U.S. Open setup.
Getty Images

“I’ve played, what, 29 U.S. Opens,” he said. “One hundred percent of time they have messed it up if it doesn’t rain. The rain is the governor. That’s the only governor they have. And if they don’t have a governor they don’t know how to control themselves.

“It’s just based on history,” he continued. “My 30 years, and 30 years before that. So I think we’re all pulling for a little rain.”

Woods sits at four under through three rounds at the Memorial, where he has won five times. He is well off the pace and said after Saturday’s round that he has no chance to win.

“Hopefully I go out and play a positive round of golf tomorrow and get something out of my round like I haven’t done the first three days and get some positive momentum going into the Open,” he said.