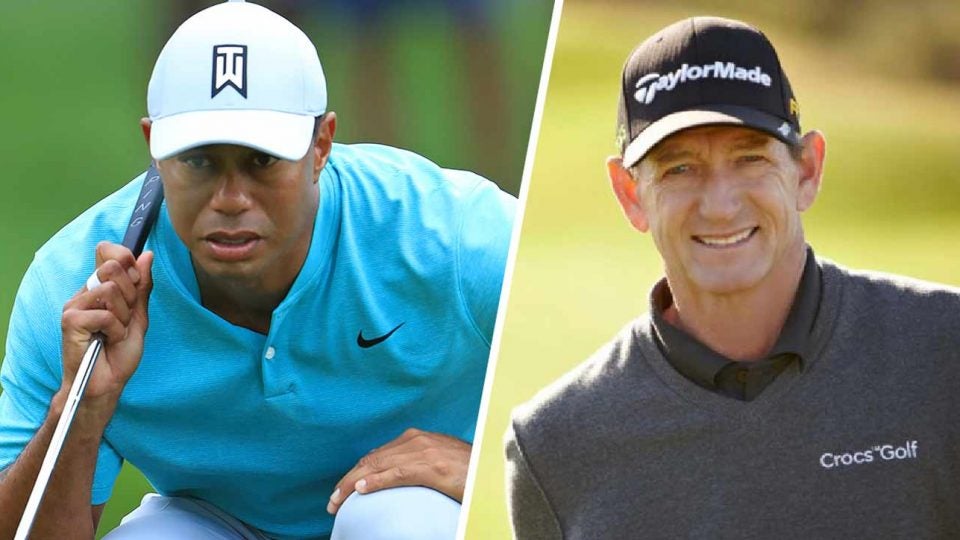 Tiger Woods is rarely so blunt in his press conferences as Friday, talking about Hank Haney.
Getty Images

Hank Haney refuses to back down. The embattled swing coach lashed out at Tiger Woods on Tuesday, reigniting the controversy surrounding Haney’s remarks on the U.S. Women’s Open last week.

“Amazing how Tiger Woods now has become the moral authority on issues pertaining to women,” Haney wrote in a tweet. “I spent 6 great years coaching Tiger, and not one time did he ever hear me utter one sexist or racist word. Now, in addition to being a 15 time major champion, I guess he thinks he’s also a mind reader? #glasshouses”

The back-and-forth began on Haney’s SiriusXM radio show, Haney’s cohost asked him who would win the U.S. Women’s Open, and Haney responded dismissively. “I’m gonna predict a Korean. That’s gonna be my prediction. I couldn’t name you, like, six players on the LPGA Tour. Nah, maybe I could. Well, I’d go with Lee. If I didn’t have to name a first name, I’d get a bunch of them right.”

Haney’s comments were widely panned on social media, and he initially apologized, but still received a suspension in a joint statement from SiriusXM and the PGA Tour.

Woods was blunt in assessing Haney’s suspension after his round on Friday at the Memorial. “He deserved it,” Woods said. “Just can’t look at life like that. And he obviously said what he meant, and he got what he deserved.”

Despite his initial words of contrition, Haney doubled down on the sentiments behind his initial comments following the conclusion of the U.S. Women’s Open on Sunday night. In Haney’s eyes, the win by Jeongeun Lee6 validated his remarks.

“My prediction that a Korean woman would be atop the leaderboard at the Women’s U.S. Open was based on statistics and facts,” he wrote. “Korean women are absolutely dominating the LPGA Tour. If you asked me again my answer would be the same but worded more carefully.”

He added another tweet congratulating Lee6 on her win.

“Congratulations to Jeougean (sic) Lee6 on your great win at the U.S. Women’s Open. Who’s The Great Predictor now Steve Johnson @steveyrayj I knew a Lee would win.”

Congratulations to Jeongeun Lee6 on your great win at the US Women’s Open. I knew you’d win. Who’s The Great Predictor now Steve Johnson @steveyrayj

Haney was Woods’ swing coach for six years and six major championships before the pair split up in 2010. Haney’s tell-all memoir about his time with Woods, The Big Miss, was reportedly not popular with Woods’ camp. Haney’s suspension from his radio show is ongoing.