Phil Mickelson shares the lead, and everything else you missed from rain-suspended Round 2 at Pebble

Phil Mickelson kept his Round 1 momentum flowing into Friday’s second round to share the top spot on the leaderboard at the AT&T Pebble Beach Pro-Am, where a rain suspension prevented a significant portion of the field from finishing on Friday.

Here’s everything else you missed from Round 2 in Monterey. 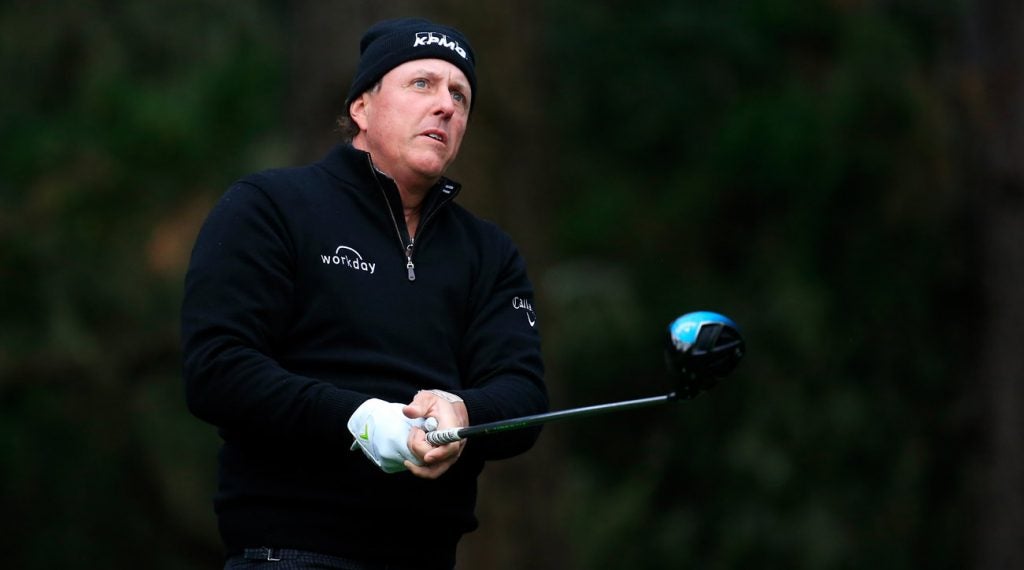 After an opening round of 65 on Thursday, Mickelson was sitting pretty at T3 before his Thursday round at Spyglass Hill. Three bogeys in a row on holes 6-8 derailed what could have been a truly awesome round, but luckily Mickelson countered those mistakes with seven birdies on the day to finish at four under par for the round and ten under overall.

Lefty is now tied for the lead at the tournament’s halfway point with three other players: Lucas Glover, Paul Casey, Scott Langley and Jordan Spieth.

Mickelson has won four times at Pebble Beach over the course of his career, the most recent of which was the AT&T Pebble Beach National Pro-Am in 2012.

A beautiful hole. ⛳
A beautiful shot. ?@PhilMickelson has 12 birdies in 30 holes.

Some big names are in the mix

It’s been a long time since Jordan Spieth found himself at the top of the leaderboard at the tournament’s end — 565 days, in fact, since he won the 2017 Open Championship — but you wouldn’t know it by the way he played on Friday.

With two holes left to play in Round 2, Spieth is one of five players tied for the lead. He birdied five of his first seven holes before stalling with a string of pars through his 16th hole at Spyglass Hill.

Something else to keep in mind: Like Mickelson, Spieth is a former champion in contention, having won this event in 2017.

Jason Day is another player to keep any eye on. He’s only one shot back with three holes left to play in Round 2.

Viral star Ho-Sung Choi needed to post a good number to get back in the top half of the leaderboard after finishing 111th in Round 1, but unfortunately a round of three-over-par 75 resulted in a two-day total of four over par that dropped him to T128.

The course was deemed unplayable and the tournament was suspended at 2:11 p.m. PST. Over forty players will have to finish the last few holes of the second round on Saturday morning at 7:10 a.m. PT before the third round begins at 8:00 a.m. PT.

Play at the @ATTProAm has been suspended.