Jordan Spieth joined the Dan Patrick Show at theAT&T Pebble Beach Pro-Am early Friday morning to break down his golf game, tell some stories and provide a few tips for the show’s producers. But Patrick was most captivated by something unexpected: Spieth’s right hand.

“How banged up are your hands?” Patrick asks in the below interview, looking at Spieth incredulously after noticing the callouses as Spieth described one tip. “Good god! It’s golf!”

Spieth smiles, playing off the callouses as part of the cost of doing business.

“Like I said, I’ve been trying to trend the right way, so I’ve been grinding a little bit, so I’m bleeding here…” he says, pointing to one of his fingers. “Yeah this is kinda, this got cut open in here somehow…”

Patrick makes Spieth hold his hand up to the camera to show just how warped the callouses have made his fingers appear. 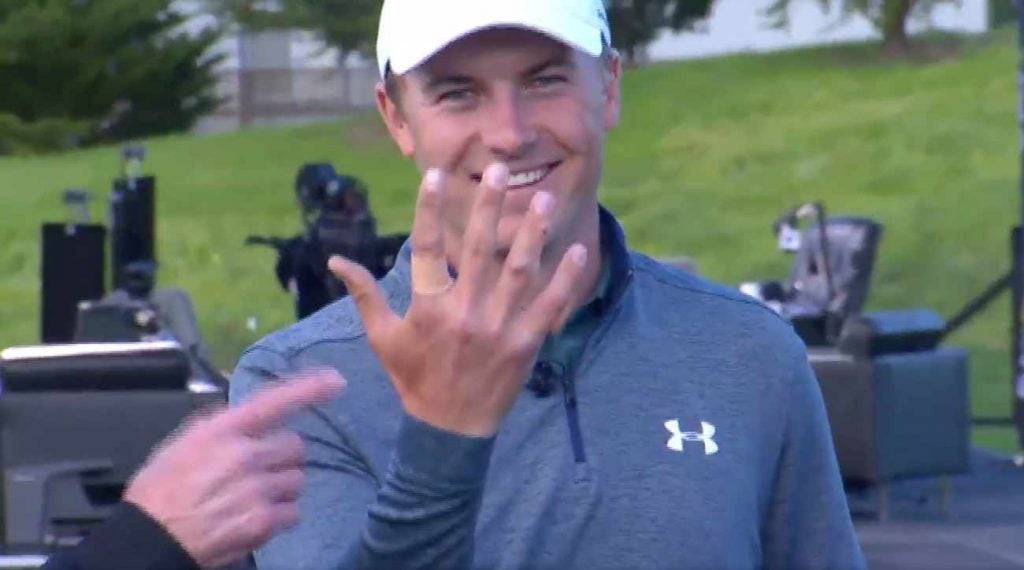 Check out the callouses on that ring finger.
Dan Patrick Show

“No, I got kind of a weird grip and it just makes these callouses, and If I got rid of the callouses they would just blister up,” Spieth responds.

You can see the entire video below:

Want a golf tip from @JordanSpieth? He gave us one live from #PebbleBeach pic.twitter.com/5RUI7sqe3P

Spieth started strong at the AT&T Pebble Beach Pro-Am with an opening-round five-under 66 and worked his way near the lead midway through his second round. The the world no. 21 missed the cut at the Sony Open and finished T35 at the Farmers Insurance Open in his only two starts of the year thus far.