PEBBLE BEACH, Calif. — One problem of modern golf fandom is the ever- shortening half-life of our attention span. A far-flung curiosity can become an Internet sensation literally overnight, but that curiosity and excitement can degenerate into overexposure and cynicism just as quickly.

Not long ago, Ho-Sung Choi was merely a fortysomething journeyman trying to eke out a living on the Asian Tour. On Thursday he made his PGA Tour debut to much fanfare, having already weathered a small backlash about having received a sponsor’s exemption; some Twitter wags had gone so far as to declare Choi “over” before he ever hit a shot in America. Such is the fickle nature of viral fame. 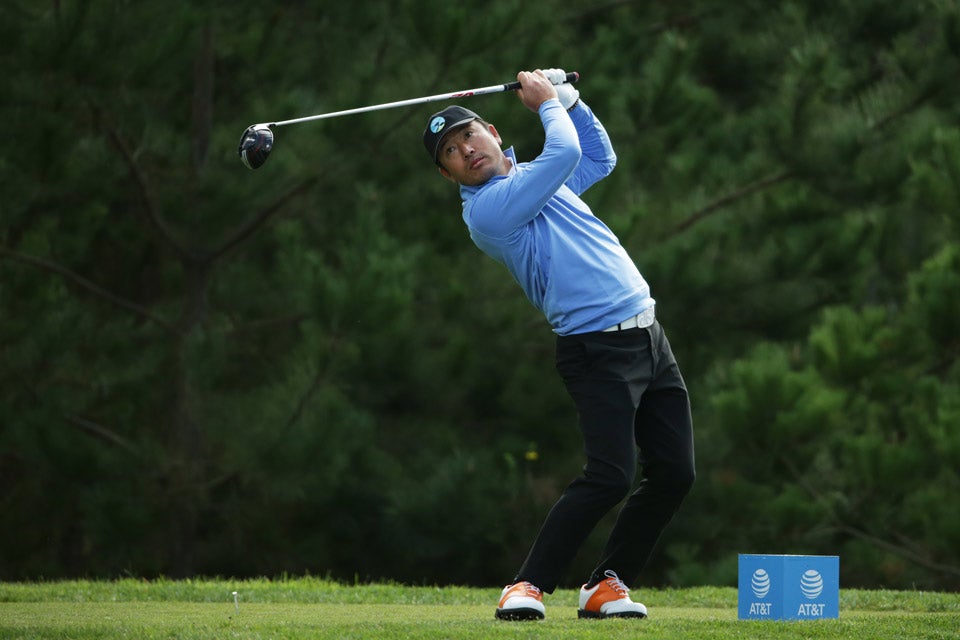 Hosung Choi is 111th after his first round on the PGA Tour — but you'd never know it by the smile on his face.

But the first round of the Crosby Clambake was a welcome respite from all the noise that has surrounded Choi, an amiable former fisherman by way of South Korea. Across 18 hard-fought holes at Monterey Peninsula Country Club, Ho Sung proved himself to be a golfer, not a spectacle.

Yes, the follow-through of his swing came with the usual flourishes. When these highlights play on a loop on your phone it can seems as if Choi is a jester who happens to play golf. But watching him up close, the funny gesticulations take on more meaning. One of the amateurs in Choi’s group was Green Bay Packers quarterback Aaron Rodgers, who makes a living reading the body language of defensive backs. He quickly discerned a pattern in Choi’s celebrated action: “He stayed pretty square and in-balance on most of the shots. When he’s shaping it left-to-right he bends his back nicely, it looks impressive. Right-to-left, he swings over the top and steps through it.”

To see Choi on the grand canvas of the Shore Course instead of a two-dimensional screen was a chance to enjoy his shotmaking. He summoned low, hard draws and high, soft butter-cuts, riding the zehpyrs to his advantage. He routinely outdrove playing partner Jerry Kelly, three times a winner on both the PGA Tour and Champions Tour. Choi flashed a deft wedge game, chipping-in for birdie on number 15 after having saved par on the tough first hole with a gorgeous recovery shot. But he struggled mightily on the sloping greens, which, having been rolled the day before, were surprisingly quick. And Choi paid dearly for his one bad swing of the round, losing a ball on number 10 and having to re-tee, which led to a bogey on a gettable par-5. Add it all up and Choi shot a one-over 72 on the most user-friendly course in the Pro-Am rota, leaving himself in 111th place. Still, he never stopped smiling.

News
Hosung Choi uses mind, body to will the ball in the hole ‘like I have remote control’

“I had so much fun today,” Choi said afterward through an interpreter. “I think my pairing was as good as the weather and I learned so much from Jerry Kelly.” He added, “I definitely felt the love from my fans and that pushed me to focus more on the back nine.”

The gallery – Choi’s Charges? – were a lively bunch, recording his every swing. A handful of fans called out to him in his native tongue and Choi never failed to respond. Rodgers also got in the spirit.

“I researched some Korean last night,” he said. “I learned a few words that are not for publication. He appreciated it when I dropped them after a few bad swings.” Kelly was so taken with his playing partner – “What a fun guy” – he has arranged a dinner in Choi’s honor for tomorrow night, including a translator to facilitate the conversation. Choi is so happy-to-be-here he plunked down his own cash to purchase the clothing with the tournament logo he wore throughout the first round. “I wanted to show my appreciation,” he said. 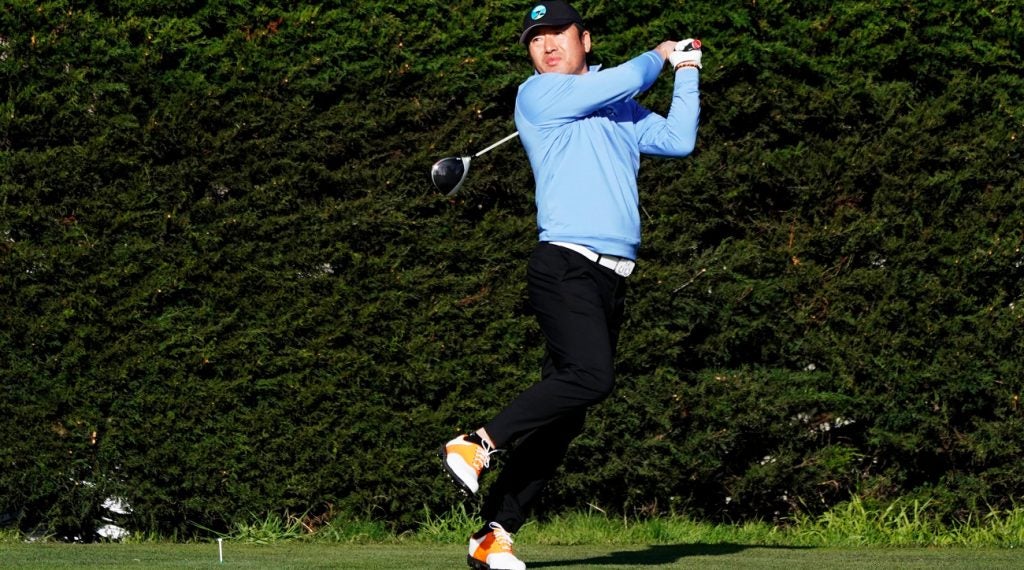 In fact, the feeling was mutual.

“He’s a great addition to this tournament and to the game,” says Rodgers. “It’s great for golf. It’s more eyes watching, more excitement, more people talking about what he’s doing.” That chatter has been a constant around Choi, but after a credible first round at Pebble, the tenor has changed for the better. Says Kelly, “He’s not a sideshow, he’s not a charity pick. He deserves his spot and he’s got plenty of game to compete over here. I love his impact position. I like his game. He just gets it done. It’s a self-taught action and I can relate to that. Lotta ways to swing the golf club and it’s refreshing to see up close how he does it.”