Not just the PIP: The PGA Tour has incentivized social media for years 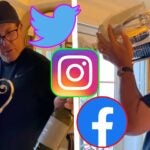 Phil Mickelson's use of social media will definitely play a major role in his PIP standing at the end of the year.

In the coming weeks, a formula will spit out a ranking of the most impactful PGA Tour players in 2021, and as a result they’ll all get paid millions of dollars. Phil Mickelson thinks he’ll finish No. 1 on the list, which he not-so-innocently tweeted about Wednesday — which would earn him $8 million if it becomes true. Whoever finishes 10th will pocket $1 million. No. 11? Sorry, pal. There’s always next year.

The system, known as the Player Impact Program, rewards Tour members who drive the most attention to the sport, compiling five metrics related to popularity to create the ranking. One of them — called the “MVP Index,” which measures a player’s reach on social media — is exactly what seems to be spurring some late-year tweets by Mickelson, Jim Herman, Max Homa and others. (Is it all in jest? Probably. Are millions of dollars at stake? Definitely!) But the Tour incentivizing social media use is not a novel concept.

In fact, the Tour has been encouraging social media use for years, even creating content for players and sending posts on their behalf with player/agent approval. And generally, it makes great sense. The Tour employs a talented group of producers who understand the wing-dings of the online world better than, for example, 45-year-old Henrik Stenson.

But perhaps the most obvious initiative came back in 2019 with what was called, simply, ‘2019 Player Social Media Competition.’ That summer, Tour members were invited (and repeatedly reminded) to post, post, and post some more. Starting with the Tournament of Champions in January and running through the Tour Championship, then in late August — players’ social media performance aggregated them into a ranking.

Monthly internal newsletters shared with players showed an updated ranking 1 through 20, and occasionally even shared insights for why a certain player rose up the standings that month. At the 20-week mark — after the conclusion of the 2019 PGA Championship — Bryson DeChambeau sat atop the ranking, followed by Tony Finau and Ian Poulter.

Further down the list was Harold Varner (at No. 5) and alongside the ranking a note for players: “Harold Varner III has been posting more and showing a bit more of his personality on Instagram (like he has on Twitter). That, combined with a strong showing at the PGA Championship, have helped boost his profile.”

Beneath that, an explanation for how Dustin Johnson had creeped into the list: “Dustin Johnson’s strong finish at the PGA Championship helped boost his following. Additionally, his social team has posted more frequently lately.”

This clearly wasn’t high science. Varner, it should be noted, also had a very strong finish at that PGA Championship. Absent from this ranking, however, was the man who won that major championship, Brooks Koepka. Down the list at No. 13 was Tiger Woods, who set the golf world on fire with his Masters victory just one month prior. What were DeChambeau, Varner and Finau doing so well on social media? It’s unclear, but when asked for comment, a Tour spokesperson clarified that the leaderboard was created with fairness in mind, so that those with an already gigantic following — like Woods — would not have a built-in advantage.

As you can see above, certain pros were stagnantly in solid position. Jon Rahm ranked 6th on the metric throughout its final 14 weeks. Then there’s Xander Schauffele and C.T. Pan who both burst into the Top 20 in August for the first time in months. Looking at Pan’s accounts and his performances during that stretch, it’s not clear what he did to make the leap. As for Schauffele, he did fail an equipment test by the R&A at the Open Championship, before contending with Rory McIlroy at the Tour Championship. Shane Lowry was nowhere on the board throughout the summer, but gained 40,000 Twitter followers in the wake of his win at the Open in Northern Ireland. That was enough to push him to No. 17 on the list. Beyond that, much of the program is shrouded in mystery. The Tour did include some notes of guidance with each leaderboard update:

“The top of the leaderboard remains consistent, which is a result of players investing time and engaging followers over long periods of time.

“Overall, players that post at least three times per week on their main timeline on Instagram, coupled with daily activity in Instagram stories, see the largest growth.”

Three weeks after his PGA Championship — four Instagram posts and a couple dozen tweets later — Varner had squeezed his way into the Top 3, where he would stay for the remainder of the season. That distinction mattered. Only the top three finishers in the competition would earn a payout, which is where the system greatly diverges from the modern day, and much more complex Player Impact Program. The payoff was nothing close to the millions of dollars from the PIP. The 2019 winner netted just $50,000, while second and third earned $30,000 and $20,000, respectively, with those proceeds going to a charity of their choosing. The $50,000 that DeChambeau earned went straight to his foundation. His potential earnings from the PIP? Two hundred times that.