PORTRUSH, Northern Ireland — After Xander Schauffele’s driver failed a random R&A test earlier in the week, the 25-year-old expressed some discontent with the process.

“I had a little bit of run-in with them, because they only test 30 players. I thought it was a little bit unfair,” Schauffele said after his Callaway Epic Flash Sub Zero was dinged on Tuesday. “I would gladly give up my driver if it’s not conforming. But there’s still 130 other players in the field that potentially have a nonconforming driver as well.”

For the second consecutive year, the Open Championship’s governing body conducted testing of 30 random drivers to ensure clubheads stay within the legal limits. Tiger Woods was among those whose driver was tested, though he confirmed that his had been deemed legal.

In 2018, R&A chief executive Martin Slumbers said none of the 30 drivers violated testing limits, which essentially measures the spring-like effect of the driver clubface. The CT Test measures “characteristic time,” the measurement of a driver’s rebound effect via a tiny spring-loaded pendulum device impacting the face of a driver. 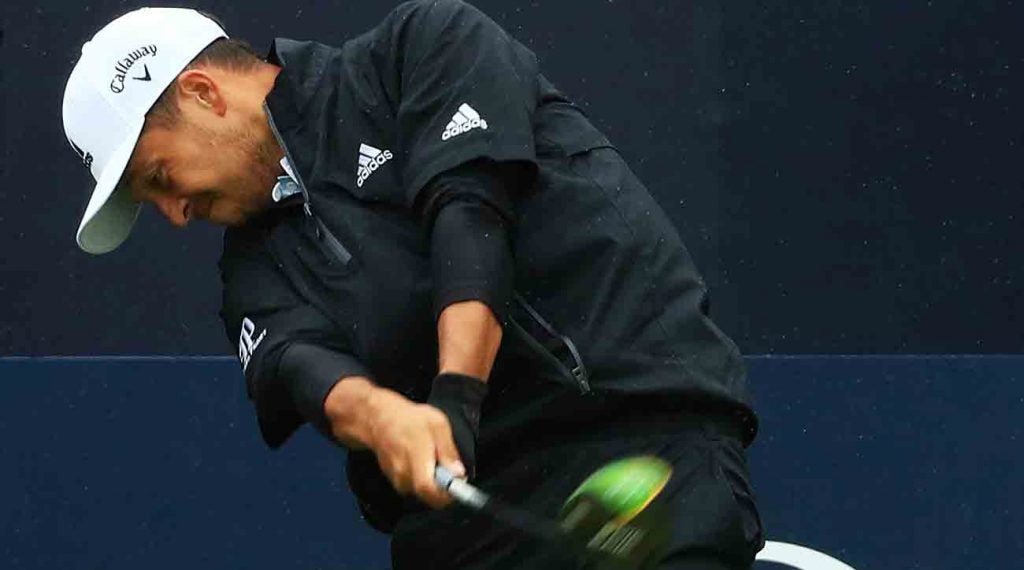 Schauffele was the only golfer to publicly announce that his driver had failed a test earlier in the week. He also said that he made his displeasure known afterwards with The R&A. “I had a word with them and hopefully they take my comments seriously and my concerns, just because it wasn’t my plan to show up Monday morning of a major or Tuesday — sorry, it was Tuesday evening — where I was doing driver testing here. It’s not really what players want to be doing.”

“What’s the fair thing to do? Just test the whole field. It’s plain and simple,” he said. “You test everyone, it’s simple as that.”

Schauffele said he had gotten far more comfortable with his backup Callaway driver on Friday compared to Thursday — a feeling backed up by his 74-65 nine-stroke improvement.

“It wasn’t the most fun room to be in. But it is what it is, you know?” Schauffele said. “I have a legal driver now and I sort of put that one to rest, and happy to see that ball performing like it did today or the driver performing like it did today, so that was very comforting. Like I said, it will get better every day. We’ve still got two more.”

Schauffele enters the weekend at three under in a share of 18th place.