What the PGA Tour’s new Amazon deal means for you 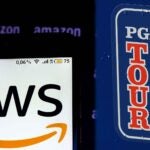 The PGA Tour is headed to the cloud. On Tuesday, the Tour announced a massive new partnership with Amazon Web Services that will make the retail giant its “official cloud provider.”

While such buzzwords are generally better left to marketing folk, the deal does mark a major shift in the Tour’s forward-facing entertainment product. AWS will help power several innovations built to enhance the overall fan experience, particularly among those watching from home and participating in second-screen viewing experiences.

In a press release distributed Tuesday morning, the Tour singled out AWS for enhancing its ability to process and distribute video footage from tournaments. Such improvements will help to bolster television broadcasts, streaming services like PGA Tour Live, and server-heavy over-the-top platforms like “TourCast” and “Every Shot Live.” On the archival side, a “data lake” will be used to store nearly a century’s worth of footage and will house all future live broadcast footage for both internal and fan access.

Also part of the deal: AWS will become a trustee of The First Tee, helping to develop an online community for teachers and youth leaders.

“This transformational partnership with AWS will give our fans the opportunity to experience the PGA Tour like never before,” commissioner Jay Monahan said. “Growing and diversifying our fan base is a top priority for us, and thanks to the collaboration and innovation from AWS, we are creating more ways to experience the game of golf, while personalizing our content to enable fans to engage with the tournaments and players they support.”

As business partners go, the PGA Tour could do far worse than AWS. The cloud-computing subsidiary of the nation’s second-largest company is trusted with housing many of the internet’s largest sites. From Netflix to NASA and Coca-Cola to the CIA, AWS has built a reputation among its partners as the gold standard for providing large-scale computing capacity in a fast and reliable way. In recent years, it has aligned with several major professional sports leagues in similar partnerships to the one announced Tuesday by the PGA Tour. Just two weeks ago, the NHL announced a near-identical agreement.

The Tour’s release touts that the new partnership will “transform the way golf content is created, distributed, and experienced.” Through “TourCast,” fans are promised “video game-like control of the golf viewing experience.”

But how, exactly, does AWS help the Tour achieve those lofty goals?

The true value of the partnership seems to stem more from the sum of its parts than any one individual feature. The AWS deal will allow the Tour to move with more agility and think broader in its entertainment options.

Products like “Every Shot Live” should prove faster and more reliable, while “TourCast’s” addition of analytics and speed rounds will provide a richer online experience for the scores of fans checking in on the action from afar. Ease of access to archival footage and faster uploads to servers should also spell improvement in live broadcasts and streaming services, which are often at the mercy of manually unearthing old and archival footage. And it’s not difficult to imagine a world in which fans can access treasure troves of ShotLink Data from their desktop or mobile phone with ease.

Fans shouldn’t expect “Every Shot Live” broadcasts at every Tour event, at least not in the immediate future. The bigger obstacle for “Every Shot Live” is resources. Those shows require a massive amount of manpower and cooperation in addition to the server space and technology AWS provides. And don’t get your hopes up for a radically different live television product, as the AWS deal will work to supplement what currently exists more than to uproot any current television traditions.

Ultimately the deal represents something simpler than the bells and whistles it comes with: a sports league positioning itself for success with a shifting audience in the digital age. In a sports landscape growing increasingly toward radically different viewing experiences (like live-betting and streaming-only), the partnership ensures the Tour will be able to take advantage of the widest breadth of new technology possible.

“The world’s top sports organizations – for instance, the NFL, NHL, Formula One, NASCAR, Bundesliga, and now the PGA TOUR – continue to turn to AWS to help them innovate for their fans and players at an unprecedented rate,” said AWS CEO Andy Jassy. “Unlike other sports, there’s more than one ball in play on a golf course, which makes it harder for fans to follow how every player is performing. Our collaboration with the TOUR will change the way that fans will be able to connect with the sport by giving them real-time access to virtually every moment on the course and letting them determine how they experience the game.”